9 Best Ways You Can Strike Gold This St. Patty's Day Weekend in NYC

HOLD ON TO YOUR GREEN TOP HATS—IT'S ST. PATRICK'S DAY WEEKEND IN NYC.

If you're a long time New Yorker, you know that New York is absolute chaos on St. Patrick's Day. Especially since the actual holiday falls on a Friday this year.

Whether you've already got your green outfit picked out and are ready to RAGE, or you want to avoid the drunken masses, we've got you covered for St. Patty's Weekend in NYC.

Kick things off with the Parade on Friday morning and KEEP RAGING THROUGH SUNDAY UNTIL YOU GREENOUT, or take it easy by taking in some progressive theatre, or checking out a festival dedicated to coffee and tea!

And that's not the only holiday going down this weekend, it's also Holi, the Hindu Festival of Colors, so get your white clothes ready as well for an epic day color party.

By the luck 'o the Irish, tomorrow's St. Pattie's Day! And there is much more to this day than wearing green and drinking too much Guinness!

If you want to celebrate your Irish heritage with more than 150,000 other New Yorkers, you just gotta check out the St. Patrick's Day Parade. Check out our guide for all the detes, but know that it starts at the top 'o the mornin' (11am) and wraps up around 4:30pm, so if you need to call out of work, do it ASAP.

We're much for supportive of the parade ever since the organizers of the parade dropped their ban on allowing LGBT groups to march under their own banners last year. We prefer rainbow colored clovers and equality, thank you very much.

Okay, okay, we get it. You probably want to celebrate St. Patrick's Day by drinking a lot. Well don't worry, you can don your green headphones and get your drank on at this quiet clubbing St. Patrick's Day dance party on Friday night.

Located at the outdoor beer garden Studio Square (35-37 36th Street, Queens), this dance party is going down no matter how cold it is. Thank goddess for beer jackets, amirite?!

Price of admission gets you special green headphones to dance along to three battling DJs, glow in the dark gear, and a FREE specialty shot! Studio Square will also be serving up green beer, and other drink specials all night. Just be careful out there my lil' leprechauns.

3. SMASH! A Night of Short Plays by Female-Identifying Playwrights 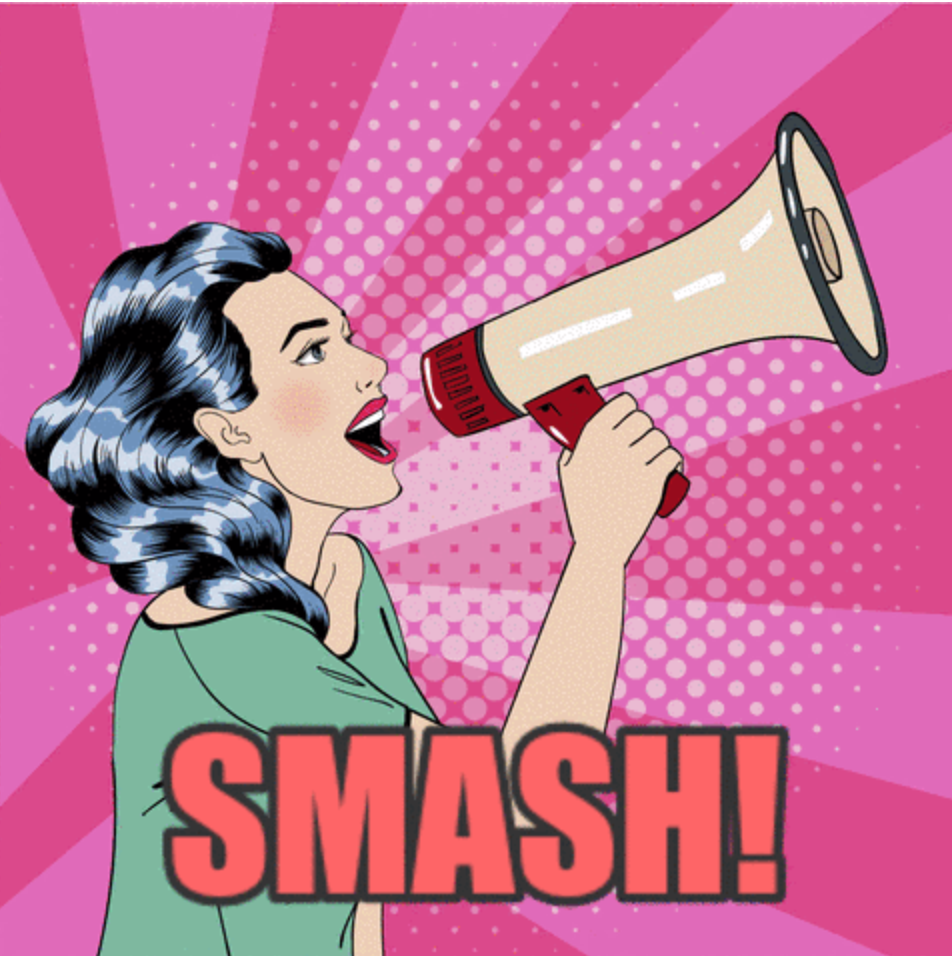 Are you not Irish and/or not interested in getting sh*t-faced in public on Friday night? We've got a more highbrow event that might interest and engage you...

In collaboration with The Future is Female Festival, Dark Matter Productions presents SMASH! a night of short plays by female-identifying playwrights dedicated to smashing the patriarchy, the establishment, and the bourgeoisie in 2017.

Head uptown to La Maison d'Art in Harlem (259 West 132nd Street), for a night of what's sure to be fun and fierce, challenging theatre. 100% of proceeds will be donated to Choices Women's Medical Center in Jamaica, Queens.

Want to impress a date and/or pretend you are a top 1% mega-multi-billionaire?

Check out this upscale party at one of New York's most exclusive penthouse lounges, 230 Fifth! The space surrounded by floor to ceiling windows offering an insane, panoramic view of the city. Tickets get you 2 for 1 drinks from 8 to 9pm, free appetizers, giveaways, and a night full of dancing.

Just grab your tickets and head to 230 Fifth Avenue, and zip on up to the 20th floor penthouse lounge. It's also the last weekend to warm up in those cool little igloos they have on the rooftop patio! #BougieAF

It's the last chance to ruin some white clothes while celebrating the Hindu Festival of Colors at “New York’s Most Colorful Day Party.” Who doesn’t love pelting color pellets at all their closest friends (why is this a thing, tbh, but it’s FUN)?

Because lol NYC, this is probably the most luxe Holi party you’ll ever attend, which we didn’t even realize could be a thing. There will be photographers and videographers capturing the action, and of course, the colors are organic.

Stage 48, where the party is going down, can hold 3000 people on their 4 floors– each of which have multiple bars, so you’ll never have to wait too long to refill your drink.

Here's hoping all the real Potter-heads already got their tickets, because this event is totally sold out. We're not surprised! Harry Potter fans are legit, and they have a lot to celebrate right now between Cursed Child and Fantastic Beasts!

Didn't snag a ticket in time? Follow Webster Hall on Twitter in case they announce the release of any additional tickets. ACCIO, TICKETS!! (Okay it didn't work, but you can't blame us for trying).

If coffee and tea lovers can get along, can’t everyone?

This two day celebration of everyone’s fave hot beverages will include seminars from industry pros, sweet and savory bites, and of course, tastings.

With over 75 exhibitors peddling their finest coffees and teas, you will have to drag our over-caffeinated bodies from the Brooklyn Expo Center. If there is a way to get drunk on herbal tea, we WILL find it.

IT'S BACK. AMERICA'S MOST IMPORTANT FOOD COMPETITION: THE TAKEDOWNS.

This month's takedown is Meatball themed, and competitors will attempt to earn your vote for the tastiest ball of meat this Sunday 2 to 4pm at the Brooklyn Bazaar.

Competition, eating an insane amount of food, and partying? This sounds like the most American event of all time! We're in.

Okay so TBH food contests made us think about wings, and even thought it's not a contest, we're down to eat as many wings as we possibly can at Wingfest: Brooklyn edition on Sunday.

Hosted by Time Out New York, this annual event is the last of a series that celebrates each borough's best wingspot, and the wing king of Brooklyn is Hill Country BBQ!

The wing kings will be joined by Tullamore D.E.W. Irish Whiskey & Bronx Brewery, and price of admission gets you two D.E.W. & Brew boilermakers (aka a shot of Tully and a Bronx Brew). There'll be a DJ on site spinning tunes (hopefully the chicken dance?) as well as games and giveaways, and a course a wing tasting!

Grab your wingman or woman and we'll see you there.