The MTA's "Summer of Hell" has been no joke, and we're as desperate as anybody for a fix.

It's easy enough to shake our fists at the MTA (Or de Blasio. Or Cuomo. Who are we blaming again?), but when it comes down to it, $800 million won't exactly be falling from the sky any time soon. In the meantime, we can probably expect a couple more wild ideas before one actually sticks.

Next up? Cuomo repurposed a shot down plan from Mayor Bloomberg in 2008: congestion pricing.

TL;DR: Congestion pricing basically means that tolls would be added to the busiest entry points in Manhattan. The fares would change throughout the day, which would effectively raise the much needed revenue for the MTA, but also encourage commuters to avoid busy areas during peak hours.

According to TimeOut NY, adding tolls to the gratis bridges over the East River and southbound streets at 60th Street would also "allow for tolls on other bridges in the city (namely Throgs Neck bridge) to be reduced."

On the surface level, sounds like a great idea, right? Not to be pessimists though, there was a reason Bloomberg's OG plan was thrown out back in 2008.

With the MTA in a significantly more desperate state of affairs, maybe we can all agree that some concessions need to be made in order to enact change, but there's one group that's pretty much excluded from any effects these tolls would have: rich people.

If you think about it, this plan is basically the opposite idea to force rich New Yorkers to fund the MTA's repairs, because Rich McRichface who lives on Park Avenue, and takes a town car to FiDi every day would not have to pay a cent of these tolls.

He would also benefit from the decreased traffic due to less drivers. And technically, while some have the option to avoid peak hour areas, many drivers don't... and if that forces them out of their cars and into the subway, then wait, that's adding even more commuters to the subway? Wait, who is this helping?

The tolls would, for the most part, actually be affecting blue collar workers commuting into the city, and people in working class neighborhoods who need access to Manhattan amenities (like our friend "dev" over in the NYT comments, who drives his elderly father into Manhattan for cancer treatments). 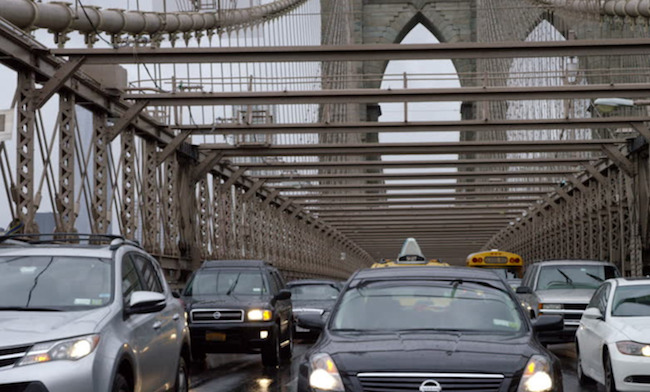 We're definitely not operating under the idea we know the answers to the MTA's huge problems (especially since like, neither the mayor or governor know either) but, #sorrynotsorry, we're not exactly on board here.

Can't we go back to the idea of Robin Hood-ing the rich to fix our commutes? What was wrong with that one?