Save for Spring! 8 Completely Free Things to Do This March in NYC

While we are still recovering from The Oscars, #envelopegate, and trying to figure out exactly where PricewaterhouseCoopers fits into Mad Men, cold are the hands of time that creep along relentlessly! What we're getting at is, it's March and there's some great sh*t to do in this town!

Think you're too broke to have a good time? That's where you're WRONG.

Spring is just around the corner, and there's plenty of completely free activities to fill your weekends, especially if your an outdoorsy type.

Now throw on that transitional weather gear and get crackin'!

Remember art fairs? Or am I thinking of book fairs? I LOVED book fairs! Okay, so this is like a book fair, but with art! Nailed it.

WHERE IS MY BOOK DEAL? Before you pre-order my book, check out Clio Art Fair which features the work of independent artists all over the world!

Why is it important to go indie, you ask? Giving opportunities to artists without representation helps to foster relationships with more diverse communities and offers a chance "for greater expression of new media and ever ground-breaking content." I mean, Chance doesn't have an agent, just saying.

We still have a racist Cheeto for a President, so it's time to take to the streets, once again!

This time, it's a march demanding that Governor Andrew Cuomo give the state and city billions in promised education funding, end the state's reliance on testing, and invest more in social workers and other support staff for schools statewide.

As this is a March for Education Justice, don't be surprised (and/or elated) at the many signs protesting Betsy Devos's confirmation. Make your own! Here's an idea: "Devos? More like, DeGROSS!" Nope, that's terrible.

Get your laugh on as musical improv super group VERN performs their weekly show at the Peoples Improv Theater!

The Women's March on January 21st was just the beginning. On March 8th, International Women's Day, we are taking action once more.

From The Women's March website: "In the same spirit of love and liberation that inspired the Women's March, we join together in making March 8th A Day Without a Woman, recognizing the enormous value that women of all backgrounds add to our socio-economic system--while receiving lower wages and experiencing greater inequities, vulnerability to discrimination, sexual harassment, and job insecurity. We recognize that trans and gender nonconforming people face heightened levels of discrimination, social oppression and political targeting. We believe in gender justice."

Here are three ways you can show your support on March 8th:

- Take the day off from paid and unpaid labor

- Avoid shopping for one day (except for small, women, and minority-owned businesses). 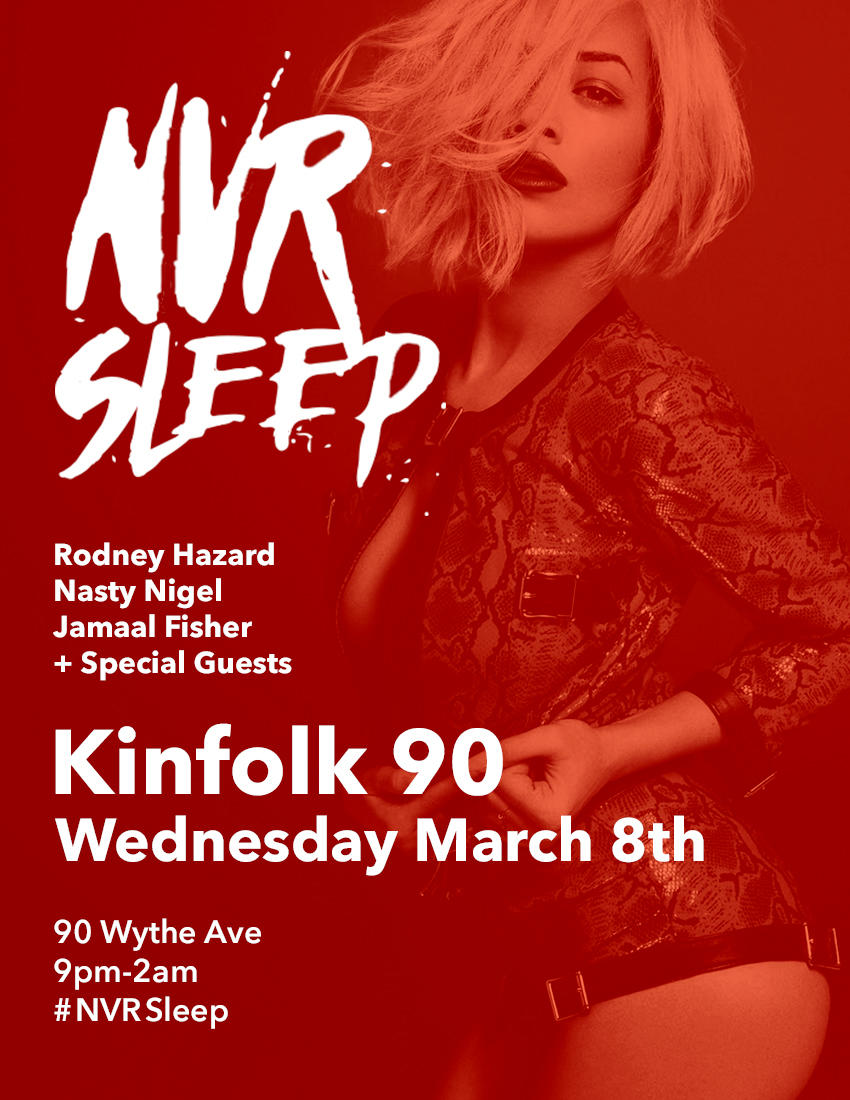 This month? THIS MONTH?! Oh, man. It's going to be stupid. This month it's time to turn up for Across the Pond featuring the FML-HOW-AMAZING-IS-THIS-SH*T? talents of Nasty Nigel, Jamaal Fisher, and other special guests.

As always, this bumpin' party in Williamsburg is $Free.99—so RSVP right here. Revel in sheer sickness (like, the good kind—the "My Boss Has Stupid Allergies That Are Kind of Gross, But Kind of funny Because I Can't Catch Anything" kind of way), dope vibes and sounds, and the delicious tastes of Old Blue Last.

Kick off St. Patrick’s week with a taste of some traditional Irish culture! The Irish Arts Center will be abuzz with authentic music and dance performances, and filled with chances to try out over 40 classes.

Learn the basics of Irish language or a new dance step, get your face painted, create art with children’s crafts, or simply relax with a cup of tea to experience a taste of Ireland’s rich culture.

The NYC St. Patrick’s Day Parade is TRADITION. A tradition that ruins your mid-day commute with traffic blocks and fills the 6 train with green vomit! Well, you know what they say: if you can't beat 'em, inhale a pint of Guinness and start making mistakes!

Spring is here! And that means PRETTY flowers! And my ALLERGIES, but Macy's wouldn't hear my pitch for that show.

Each year, Macy's New York is transformed into breathtaking floral scenes with blooms, fantasy flowers and lush plants from around the world. This year the theme is "Carnival"! Millions of guests file in during the two-week exhibition as the store BLOSSOMS with themed events, specialty gardens, vintage posters, and more!