It's Gonna Be May! 10 Absolutely Free Things To Do This Month in NYC

Back away from the Timberlake GIFs, people.

Okay, so technically it's already May, but you know what? We're feeling pretty stoked about it!

The sun came out last weekend, we went another day without getting nuked, each day is a precious little gift you know?

Let's break down what's fun and free this month in the only place we'd want to be when the world goes all Handmaid's Tale: New York-Freaking City, baby!

Here's some dope sh*t that's going down for free this month in the Big Apple:

Go have a laugh-attack at The Peoples Improv Theater tonight for $ZERO$ starting at 6 p.m. and going alllll night! Some of the funniest improvisers from all over the city perform completely original comedy each week because... well, it's improv, doy. What happens tonight will never, ever happen again. WOAH.

The 2nd Annual FREE Cinco De Mayo celebration at Sofrito on the Hudson! You know you're gonna want some tequila by Friday and drink specials are happening from 4-7 p.m. at this free party happening at Sofrito's outdoor lounge right on the Hudson River. Make your reservations now, as they are required for admittance!

Every first Saturday of the month from 5-11 p.m., Brooklyn Museum allows free admission, and now more than ever you should be taking them up on this amazing deal. Why? Currently on exhibit at the museum is A Year of Yes: Reimagining Feminism. A Year of Yes is focused on recognizing that feminism is a progressive, diverse, force that alters the way we look at activism and art.

Here's the deal: Sunday nights, The Knitting Factory is your new spot. Kenny Deforest, Clark Jones, and Will Miles are your hosts. Boom, you're done, easy. Every week, Kenny, Clark, and Will host a lineup of the best stand-up comics from all over!

Everyone comes through, let's see, we got Michael Che (SNL), John Early (Search Party), Corinne Fisher, (Guys We Fucked)... it's a party and you're invited! And it's this Sunday! 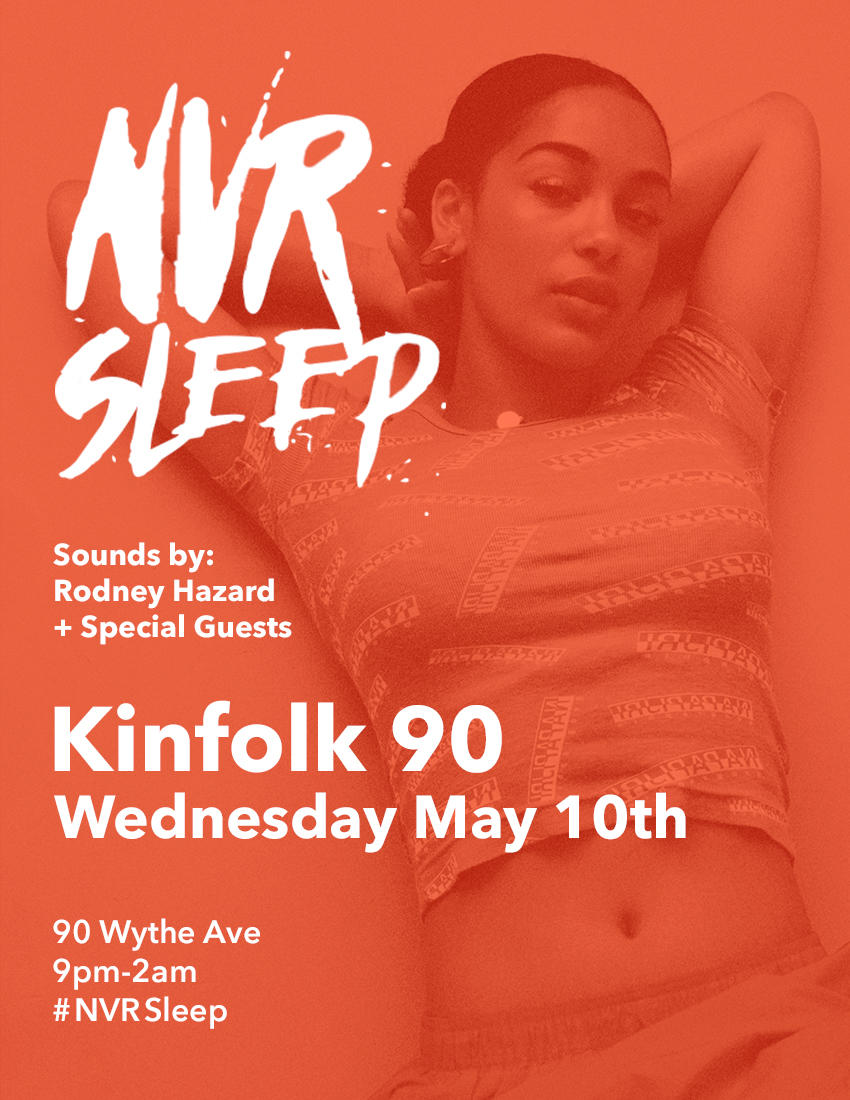 NVR Sleep is back– What can you expect? 5 hours of dance, drink, and good vibes. Or, you know, everything you’ve come to expect from NVR Sleep.

It's Mother's Day! Do something different this year and take your mom to a yoga class on a battle ship! Seriously, this is a real thing that's happening. Benefiting Every Mother Counts, this yoga class is taking place on the deck of the USS Baylander.

It's suggested donation, so TECHNICALLY free, but listen to this: Every Mother Counts is a non-profit organization dedicated to making pregnancy and childbirth safe for every mother around the world. Yeah, sounds pretty rad. Also sounds like you'll make a donation because OMG LET WOMEN LIVE.

Voted the Best Street Fair in NYC, (and IDK if you've noticed but we have **SEVERAL**) the 9th Avenue International Food Festival offers promotions and food featuring the merchants of 9th Avenue and Hell's Kitchen. So, you're gonna get variety! I mean, have you tried picking a restaurant on 9th Ave?

Or worse: picking a place to eat when you're sh*t-faced? Actually no, that would always be Two Boots for me. I choose Two Boots every time. #BayouBeast

Brought to you by the good people at The Public Theater, Shakespeare in the Park is a New York City tradition. This year they're kicking it off with Julius Caesar which feels... apropos.

See some of the biggest names in stage and screen tackle the Bard underneath the NYC sky for free, and all you have to do is wait in a line for several hours! Which is another New York City tradition, so there you go.

The best way to make the line run smoothly is to prepare: bring a buddy, snacks, a blanket, water, WINE (Will would want it that way), and you're good to go! The wait will fly by and you're ready for a night at the theater!

On Wednesday May 24th, The Parade of Ships will dock and you, yes YOU can watch as the Fleet-ers (??) are all "Avast ye-New York lads and lassies and those that do not wish to conform to any such binary! We are but sea-faring, weary travelers. Have ye a pint?"

And you'll be all "Sh*t ya it's Midtown on a Wednesday, r u Prince Eric?!"

Want no admission this Memorial Day? Grab your cool friends (not that one dude) and head to one of our cities amazing PARKS on May 29th.

Grill, drink, designate someone as "she who must bring of the wireless speaker", and have an amazing day OUTSIDE. Get crazy and don't do an Insta-story, I dare you! Just hang out in one of the many gawgeous places that has been preserved for US because we're friggin' lucky to live here.

I'm in love with my little baby Morningside Park, but Central Park is of course unstoppable. I've straight up gotten lost in Prospect Park's bounty, and did you know that Fort Washington Park has a LIGHTHOUSE?! Get out there and get Park'in.