Tell Us Something We Don't Know: NYC Has One of the 5 Worst Commute Times in the U.S.

In most cities around the world, people's commute causes a congested period of time called rush hour.

Because anyone who has grown up in or around NYC knows that between the hours of 5 p.m. and 7 p.m., you're going to hit traffic, and a lot of it.

The Inrix 2015 Traffic Scorecard was released, detailing the 100 major cities around the world with the most congested commute by car.

Inrix is a company that analyzes data accumulated with their own and the Federal Highway Administration's data to develop plans to help alleviate traffic, improve mass transit, and encourage smarter city growth.

Fortunately for NYC, we're not the worst in the country, as those in Los Angeles saw an average 81 hours wasted in traffic in 2015.

They fall second in the world only to London, who racked up a whopping 101 average wasted hours in last year alone.

So where do we land? Well, we still have one of the worst commutes in the world, averaging 73 hours wasted sitting in traffic in the year 2015. So, yeah, we made the Top 5. Sweet!

How do we stack up against the rest of the country? The average number of hours wasted in traffic across the United States is 50 hours, making our commutes a whopping 23 hours longer over the course of the year. 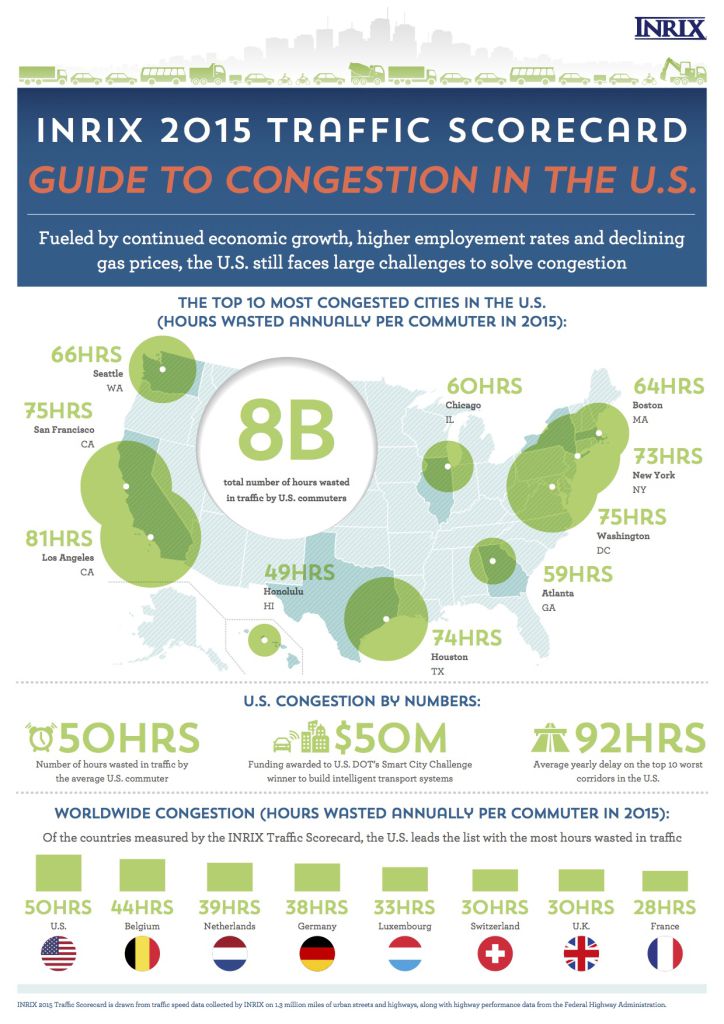 Inrix also studied the average commute time per corridor, identifying the worst times to travel on those highways and roads, so you can check out which roads to avoid on your commute to or from work.

While we find this study to be fairly enlightening, we're waiting for the study on how many hours on average are wasted due to subway delays... that's information that we'd be truly stoked to see. Sort of.