The Last Bookstore in the Bronx Is Being Replaced with a Saks Off 5th, But No Sign of Gentrification

There are 840 bookstores in the five boroughs of New York City.

However, only one, the Barnes & Nobles at the Bay Plaza Shopping Center, exists in the Bronx and not for much longer– it will be closing January 2017.

In mid-October, an announcement was made that Barnes & Noble was not able to renew their lease at that location and a Saks Off 5th signed a 10-year lease at the site, so there is little to no hope of efforts to save the bookstore.

Bronx Borough President Ruben Diaz, who is doing such a good job already, announced that Barnes & Noble committed to opening a new bookstore elsewhere in the borough, but as reported by Gothamist, Barnes & Nobles have been closing everywhere, so we don't know if that would actually happen.

It's important to note that while bookstores are struggling, it's not a matter of Bronx residents not reading– between 2002 and 2014, library usage has raised significantly, shown by checkouts rising 35% in the Bronx and Manhattan, while they fell in Queens and Staten Island.

However, especially for youth, libraries are said to not be enough to foster a lifelong culture of reading.

According to child literacy expert Susan Neuman, bookstores differ from libraries in that they show that books have monetary value and are worth paying for.

Can we also talk for a second about how f*cked up it is that gentrifiers (We're all past pretending it's not a thing, right?) are rolling into the Bronx, hailing it as the newest "artsy scene," while there are whole neighborhoods where children can't access books of any kind?

This is a perfect example of how you can talk about development "improving" an area in a way that is completely tone deaf and out of touch with what a community actually needs.

Hm. Kinda like $58 million waterfront condos in the poorest borough in Manhattan.

While it's certainly drastic in the Bronx, rent forcing otherwise beloved businesses out is definitely a NYC-wide issue. Like Three Lives & Company, the bookstore in the West Village that is now on a month-to-month lease after their building was sold to a developer.

Owner Toby Cox pointedly asserted that the cliche of the struggling independent bookstore does not apply here, or at many NYC indie bookstores for that matter, despite Barnes & Noble's nationwide business struggles.

So far, a young Bronx entrepreneur, Noelle Santos, who is just 29, has plans to launch a bookstore and bar concept that would also serve as an event space, as well as a venue to support local authors. 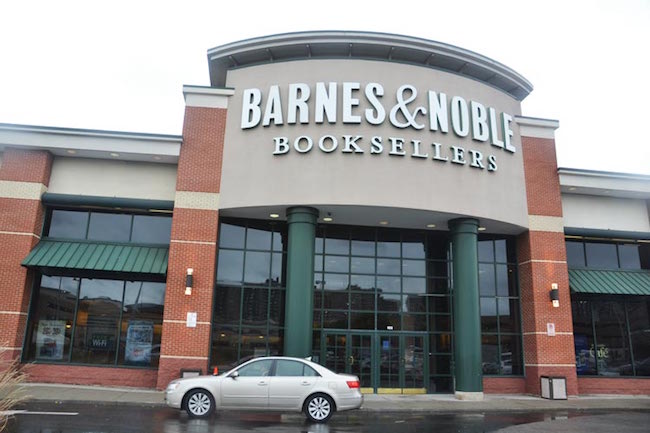 She has her eye on locations in Motts Haven and Hunts Point, having already won a $7,500 prize at the New York Public Library's 2016 StartUP! business plan competition.

The writer Calvin Ramsey is also planning six outdoor "bookhouses" throughout the borough this Spring, where kids will be able to take and exchange book without the paperwork of the library.

This is a only a couple of bookstores (like we said, against 840 city-wide, for reference) and would not solve what is obviously a systemic problem by any means, but hopefully, it will be a start.

We're sure Santos and Ramsey wouldn't mind more competition at all.