Rock Out on the Cheap This Month! 8 Best Cheap & Free Things Going Down in NYC This October

We know, you gave all your dollars to the rosé gods this summer. Us too. What we were we supposed to do?! No one told us Stranger Things was gonna be so good! No one told us Beyoncé was going to Beyoncé all over us at the VMAs.

And no one ever could have told us just how crazy this presidential election would get. We have needed to self medicate, and this summer rosé was just what the doctor ordered.

But now our wallets are a little lighter than we'd like them to be.

Of course, that just doesn’t work for anyone because as we all know, fall is the greatest season there is.

So here are the best free/cheap things going down this October in NYC! It's gonna be a graveyard smash y'all!

Held at Watermark (Pier 15), Oktoberfest New York aims to capture the spirit of a traditional Oktoberfest in Munich! Live music, German food and beer, face painting, games, and a view of the Brooklyn skyline...not too shabby folks!

Oh, and admission for this event is FREE! Now grab a stein and strap on that pair of lederhosen I KNOW you've got laying around.

If you don't appreciate Adele, than you are NOT IN MY DEMO! I repeat NOT IN MY DEMO. No child left behind though so: IDK how's that new Kevin James show? Do you like it? CAN Kevin wait??? Wow, good for us this is #important #cuttingedge #journalism

You should see this show because, DUH seeing an actual Adele show is too GD expensive! This one is $12! And instead of dealing with huge crowds at Madison Square Garden, get cozy at Greenwich Village's Cafe Wha? - a legendary nightclub that helped start the careers of performers such as Bob Dylan and Bruce Springsteen.

Taking the stage to celebrate Queen Adele are NYC performers Ashley Menard (Carnegie Hall, The Apollo), Elysse Yulo (The Femme Fends, How To Grow Up), and more!

SPEAKING OF QUEENS. Sheesh, I hope the Kevin James crowd is getting cozy. Battle of the Divas is described as "If Roast Battle & Debate Club had a Super Gay Baby!"

On October 4th, the Divas up for debate are Bey and Gaga, and I have never been so excited/terrified in my life. I would not f*ck with the Beyhive or those Little Monsters for ANYTHING. But I would happily pay $6 to watch it go down!

The hosts for the evening will be comedians Matteo Lane (Late Night With Seth Meyers) and Christi Chiello (Jeff Ross Presents: Roast Battle), and Beyoncé and Lady Gaga WILL be in attendance!

Well actually, drag queens as Bey and Gaga who can handle that choreo in heels better than you can handle your groceries, TBH.

The Creatively Wild Art Studio will also be supplying coloring books for kids (and the young-at-heart). The Lighthouse, a spinoff of DUMBO’s Superfine, will be serving up delicious brats, sauerkraut, pretzels, and you can drink your fill of craft beer in custom DUMBO steins! 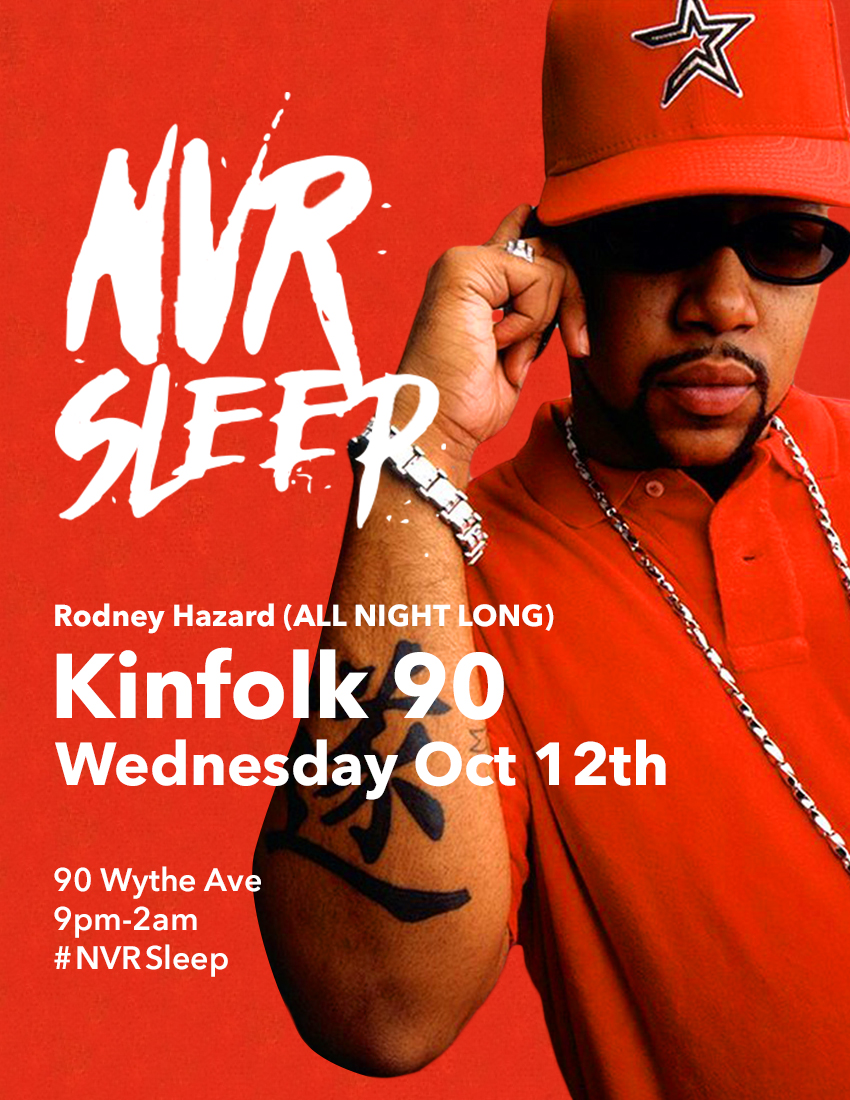 Awwwwww yeah! Lit AF producer and spoiled Media Creative Director, Rodney Hazard, fresh off engulfing the world in flames with his exclusive Kanye West remix, "Tight Dress," is back at it again at Kinfolk in Williamsburg for 5 hours of slick jams.

We know you remember the reggae dancehall party, the 90s R&B party, and the Afrobeats party this past month, but this October he's swingin' it from the South with this Southern Swang party. Oh, and it's free. Completely free. All you've got to do is RSVP right here.

It's the 5th Annual NYC Sketch Fest at The Peoples Improv Theatre (The PIT)! Sketch comedy groups from throughout the U.S. and Canada come together to show off their funny bones for YOU New York, don't you feel special??

Shows kick off Thursday October 13th at 7:00pm with Clip Show & Marcus Rebellion! Other must-sees of the festival include Old School Sketch Show, Murderfist, and Kate and Shelley Save America. Tix for individual shows are $10, festival passes are $60.

Drink every time you see someone dressed as Barb this Halloween! JK. I want you to live long enough to see Season 2! Videology Bar & Cinema hosts themed trivia and movie nights on the regular and this October is going to be something extra special.

Along with their weekly Twin Peaks trivia nights and screenings of greats like Hocus Pocus and The Craft happening throughout the month, on October 29th, Videology is going all out by throwing an epic Stranger Things themed Dance & Costume Party!

Expect waffles, goodie bags, specialty cocktails, D&D, and lots of of themed-out music that Will would def know all the words to. Eleven's nose gonna bleed so hard you guys!

Tix are $5 at the door (unlike the charitable party thrown at Lot 45), party starts at 4pm and goes late: Videology Bar & Cinema, 308 Bedford Avenue, Brooklyn, NY.

A parade in NYC is a shit show in the most fantastic way. Dancing, costumes, street closures, and oh the drunks! This is the 43rd Annual Halloween Parade and this year the theme is: REVERIE, "that liminal space in which one creates". DAAAMN, Village Parade!

For more on the Parade's statement you may educate yourselves here with the 2016 Parade Theme Statement.

Line-up for the parade begins at 6:30pm on 6th Avenue and Canal Street for those in costume ONLY. If you wish to just watch the parade, it starts at 7pm and will travel North on 6th Avenue to 14th Street! As always, this event is free to watch or to participate!