You know that phrase on Reddit? Please do not feed the trolls?

Yeah. Sometimes people listen to that helpful advice, and sometimes they don’t.

We’re not gonna lie, this sh*t’s ridiculous. Are you ready for this ridiculous sh*t?

A bunch of racist goons got their racist kicks with racist posts on Yelp, reviewing First American Fried Chicken with incredibly distasteful posts.

Eater reported that the restaurant, owned and operated by the family of Ahman Rahami, got 300-plus reviews after Rahami’s name was released to the press on Monday.

The restaurant’s Yelp page has a pop-up explaining that they’re trying to clean up the content, but the page remains basically a mishmash of awful trolling and people trying to deter it.

This “Yelp shitstorm,” as Eater called it, has dragged the restaurant’s rating down to one-and-a-half stars, because nothing says America like bigotry.

Hopefully, the good people of New York will keep their cool, like we always do, and work on making the city safer rather than more hate-laden.

Again, this is not the way we'd have liked New Yorkers to respond to the non-fatal attacks, scary thought they were. 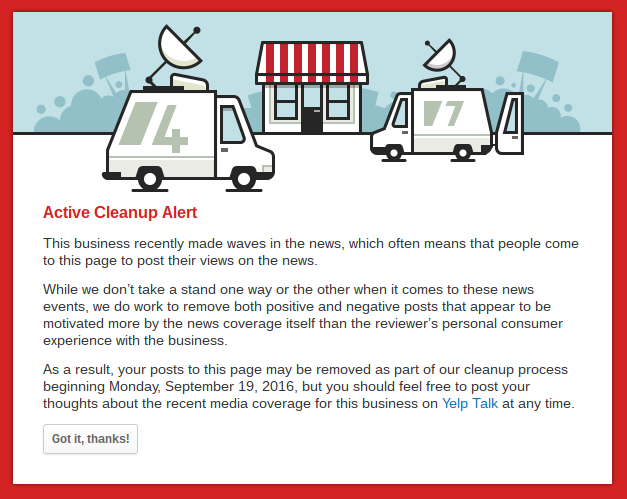