Drunk Everlasting: This Woman Has Lived for More Than a Century Because of... Whiskey?

Time to break out the Jame-O for your mid-afternoon coffee, because it turns out that additional splash of liquor might actually be the sorcerer's stone... or rather, the sorcerer's liquor.

A British centarian believes wholeheartedly that her secret to a long life is in the booze, but only one drop a night.

After celebrating her 109th birthday, Ms. Grace Jones of Broadway, Worcestershire told the BBC, 'I don't drink, but I have a little drop of whiskey every night."

In other words, start adding years to your life by drinking a small sip of whiskey each and every night.

No, we're not saying go out and start ripping shots of Jack, but a drop or two probably won't hurt anybody.

The only trouble for Ms. Jones? She requires a hearing aid.

To be honest, we wish we could look and feel as fabulous as she does at 109 than we do in our mid twenties, but alas, some people have all the luck. 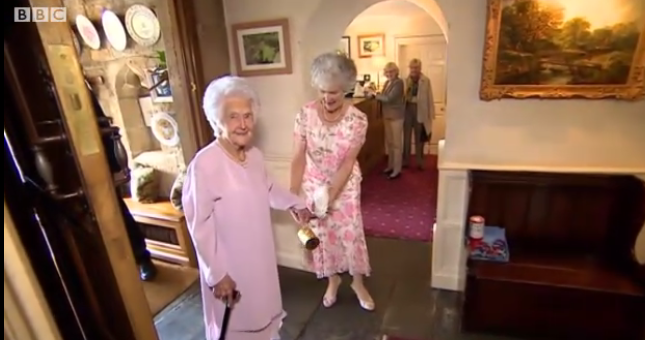 Check out No, AMC Will Not Be Allowing Texting in Movie Theaters.