Speaking from Experience: Here's Why the Times Square Characters Absolutely Needed to Be Regulated

So there I was, dressed in purple dinosaur costume that I couldn’t see out of, surrounded by children who were beating on me while water balloons rained down everywhere. But at least the big snake was gone.

Wait. I’m getting ahead of myself.

So you may have heard about the recent regulations passed against the costumed characters of Times Square.

For the most part, this idea is met with resounding approval. After all, how many Elmos do we need kicking around 42nd Street anyway?

At least there aren’t any Barneys. Shudder. Sorry, getting ahead of myself again.

It was bound to happen. There are only so many complaints that can get issued; so many anti-Semitic rants from a beloved Sesame Street character that can be tolerated; and so many physical assaults from Spider-Man to be shocked by; before action was taken against the Times Square Characters.

The people in the costumes are protesting the new rules, naturally, because they don’t see it as very fair to be limited to a certain space instead of having free reign over the area as they do now.

The guy behind the Spider-Man-roughs-up-tourist-boy incidents is already saying he’ll be the first to be arrested defying the new rules. Good job reassuring everyone you’re reasonable, Spidey. Have you heard about that great responsibility coming with great power thing?

What’s grinding my gears on the costumed characters' side of the issue is they’re complaining that being told to behave is abuse.

To be clear, they are being allowed to continue to ply their trade. Nobody’s chasing them away, even though they’ve become famous for manhandling child tourists and making profane rants about Jewish people.

Yeah, okay, it’s just a couple of bad apples, but being regulated this way is anything but abuse. If they didn’t know consequences were coming, they’re either stupid or delusional. Period.

I would know about being abused as a costumed character. I had a brief career as one, and in the nineties I got sent all through the Tri-State to perform magic shows and dress up in costumes.

For the most part it was awesome, but for every couple dozen good experiences there was an absolutely horrible one.

I was usually hired out for “Combination Parties,” where I'd do a magic show and then go change into a character, whether it be a Power Ranger, Elmo, or what have you, carried in the super professional fashion of giant f*cking garbage bags.

But the worst was Barney.

One day I was hired to be Barney for a birthday party in a Bronx park. The problem was, the public bathroom had since been closed and locked. I was going to have to change into Barney out in the open air, and because I couldn’t lug anything around in costume, someone would have to carry my stuff back for me.

One guy volunteered. He even had a laundry cart with him, so I didn’t feel guilty that he’d be carrying my giant garbage bags. After that, there was nothing for it but to squeeze next to a large shrubbery and strip down.

If only he hadn’t brought his python along...

It was in a box in the laundry cart, because that’s where you’re supposed to keep big f*cking snakes, apparently. 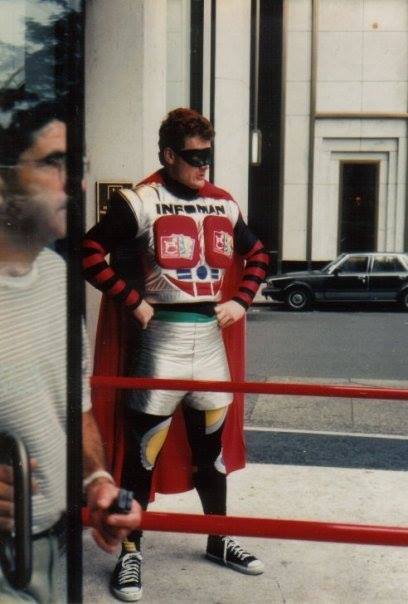 He waited until I was in my underwear to reveal the python, which he placed on the ground in grandiose fashion, right in front of me, immediately drawing every child and adult in the park as an audience.

“Wow, cool,” said the crowd, “A giant snake AND a kid in his underwear!”

More than several of my observers pondered aloud exactly what it was I thought I was doing. Perhaps I was an escapee from an insane asylum? Might I perhaps be the world’s worse pedophile, caught by Captain Python during his daily patrols?

It was decided that I was intended to be fed to the gargantuan serpent. Wagering on how long I would last began in earnest.

And then it got worse. I put on the f*cking Barney costume.

Captain Python took this as his cue to put his snake back in the laundry cart box, as one does, threw my stuff on top of the snake, in order to piss it off and make it actually want to eat me, and wandered back to the party I was working.

This left me trapped and surrounded by a blood-thirsty children who took this opportunity to avenge themselves upon me for all the hours they were forced to sit in front of the television, watching that idiotic singing purple dinosaur.

Honestly, who keeps saying kids like Barney anyway? They don’t.

Oh, and remember those water balloons? Let's say you had water balloons and some schmuck in a purple dinosaur costume walks by, you’re not going to let fly at him? I would.

That's why you saw a guy crying into a garbage bag on the 4 Train in 1998. I have no doubt that image is burned into the brains of far too many people that day. Sorry.

And this doesn't even compare to that time a birthday boy’s crazy aunt thought it would be hilarious to point a loaded gun at me.

So, no, costumed characters of Times Square, you are not being abused.

You are being given a lane and will be expected to stay in it because you’ve proven you’re getting out of hand. And if Spidey wants to get himself arrested, proving de Blasio right to impose these regulations, so be it.

Now, the other side of the argument.

Remember Times Square before it got Disney-fied? For those who don’t, you need to gain a little perspective on the size of the costumed character issue. Here’s a hint: it’s pretty small.

Back in the old days, Times Square was much seedier. The "characters" then were straight up crazy people.

They dressed weird, too, but they could be a lot more dangerous than just getting a little too aggressive for a tip when you take a picture with them.

How aggressive? Well, let’s just say when that crazy aunt pulled a gun on me, it was for the second time in my life.

This is not to say Times Square was a constantly pulsating danger zone, because that isn’t true. But the atmosphere even in the early nineties was a lot grimier than it is now.

Somebody in an Elmo costume hustling the tourists for a couple of bucks wouldn’t be seen as nearly so creepy, compared to all the other antics going on.

Actually, check that; it would come off as even creepier. Bad example, moving on.

The point is, New Yorkers have it pretty good with Times Square today. It’s clean, it’s bright, it’s unbelievably safe. You can hang out there in the evening with your family and sip espressos if you want to.

This is mind-boggling to old schoolers who still expect somebody to shamble up to them muttering, “Smoke? Smoke?” while trying to sell us a bag of oregano.

After everything this city has been through, after all of our trials, tribulations, and triumphs, New Yorkers should not be scared of somebody in a f*cking Elmo costume.

At least they’re professional enough to not lug their costumes around in a giant garbage bag. This writer sure can’t say the same.

So. Let’s sum this up then, both sides of this issue.

To the Times Square Characters? You are not being abused. You are being regulated because a bunch of you acted like jerks. It had to happen, you knew it was coming, and you’re going to have to deal with hanging out in certain areas.

No, you’re not all going to make it, but let’s be honest, New York doesn’t really need two dozen Elmos. Get creative, because only the strong survive.

And at least nobody’s putting a gun in your face. 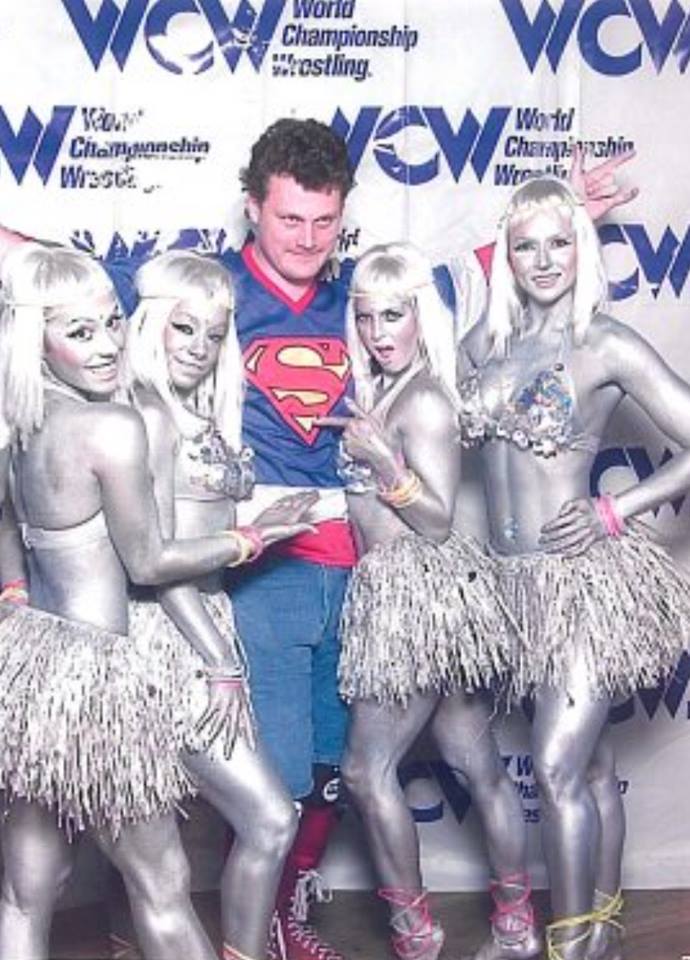 To New Yorkers who think we need to get rid of the Times Square Characters? Lighten up.

They’re working for a few bucks. It’s street art, technically, and New York could actually use a little more of that.

You gonna tell them they have to clear out of Times Square and then put Naked Cowboy in television commercials? No. Doesn’t work that way.

Let them be, let them stay in their lanes, and let them hustle. It's what New York is supposed to be about. And at least nobody's putting a gun in your face.

So, yeah, the Times Square characters deserve to stay there, but yeah, regulating where they roam makes a ton of sense.

We need to keep ourselves and our visitors safe, yes, but we don't have to do it at the expense of our souls.

New York City is supposed to be about hustling to make a living, just not at the expense of your neighbors.

New York already has a bad rep for suppressing street art when other world class cities accept or even encourage it. Let's not make it tougher for New York to call itself a world class city by eradicating what others showcase.

New York City will handle the Times Square characters who get out of line. Leave the rest of them be. At least there isn't anybody in a Barney costume.