The Unicorn in the Room: When Brooklyn's Cultural Creators Become Outsiders at Home 🦄🙅✊🏾

Chicken Over Rice is a column about New York through the eyes of Alex Wolf—a cranky millennial who lives in Brooklyn. Find her on Twitter @alexwolfco and her website.

Set off the alarms. Send in the guards. My culture is drowning, and is in no condition to make it out.

I noticed this place of—ahem, business—a few months back and peeked in. To my horror, there they were: rows and rows of glittering, rainbow unicorn horns meant to attach on top of little children’s heads. Out front was a sign written by a hand that seemed all-too-excited to jot down the frightening words, “The World’s First Unicorn Horn Store.” Oh, how lovely, and right in the middle of the neighborhood I grew up in. I feel so special. Down the block from this children’s wonderland is 560 State Street, the building Jay-Z raps about selling drugs in.

Just in case you were wondering, unicorns are trending in the marketplace for little girls right now. They see them as fun, imaginative characters that they get to play with, dominate and even pretend to be like. Gee, why does that ring a bell? As much as I wanted to go in, I restricted myself. It’s only been six months since I’ve left anger management and I know better. I would not be able to find patience as the perfectly swirled horns beamed down at me. 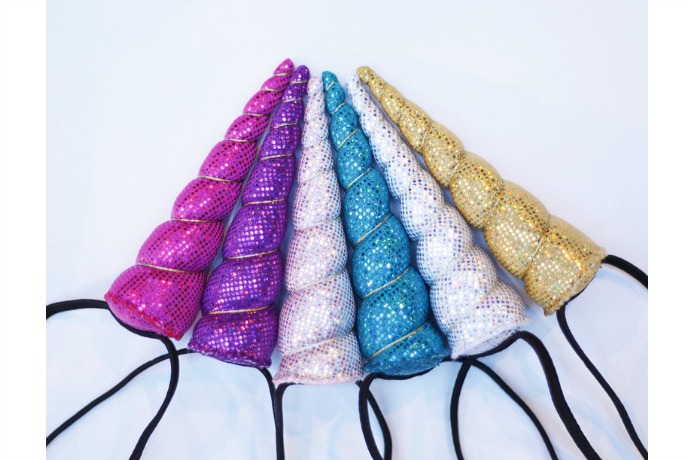 To the new kids, these horns made a promise; a carefully prepared space for their childhood to bloom. To me, they made the promise that my childhood was gone, forever. Don’t even dare to look back.

Nope. I could not stand straight while in conversation with whoever had the audacity to work there. I would not be able to look them in the eyes. Not this time. I was afraid my heart might break right in front of them. I was afraid that once again, I would have to dance the newcomer dance. The dance where I have to look at the newcomer with eyes that I hope make them see my pain, eyes that show how lost I am about them being here in the hope that they would understand, but they never do. And in a store like that, on Flatbush Avenue, it would just be too much.

But I do know how to do that dance, as I have had to learn it living here now. It takes energy. To lift my mouth into that smile feels like I’m cranking a tight screw. I am not happy to see you. I am not happy that my neighborhood is gone.

They have a right to complain about the horrors of gentrification while simultaneously gentrifying. They have the right. But I have some rights, too.

I have a right to be sad. I have a right to experience confusion and frustration when the culture shock I'm experiencing is so intense because is coming from my own. I have the right to think it's wrong that the place that was so special to me as a child has become commoditized into a brand for outsiders to come and indulge in like we’re unicorns. Because wherever they came from was so pathetic and boring that they needed this place instead.

I have a right to roll my eyes when I see all these establishments that include the name ”Brooklyn" in them as if it represents Brooklyn. Brooklyn Pilates. Brooklyn CrossFit. The name of the unicorn horn store is “Brooklyn Owl.” Brooklyn fucking owl? How does it feel to name something after a place that you aren't from? I just want to know.

My friends from the Bronx freak out when they see a Starbucks pop up: “It's happening to us too!" Shut the hell up. Do you know what I would do to go back to the days when a Starbucks was the thing that worried me? Give me a call when you have a tour bus running through your borough and a 30,000-square-foot Apple store and Whole Foods right next door to each other.

I don’t know if I should risk going in at all. Is that a baby I hear crying? Is that an old lady in the window? I don’t know, but it’s all crumbling so fast. I can’t think. When it first started to happen, there was a different energy. The newcomers felt like outsiders. I would see them and almost smile in awe. Wow. You are really brave to live here, I’d think. They’d tiptoe around the borough, very aware that they were outnumbered and watched. Today, just the opposite has happened. I am now the outsider and they don’t tiptoe anymore. We crunch under their boots like snow. Suddenly, I’m the brave one. 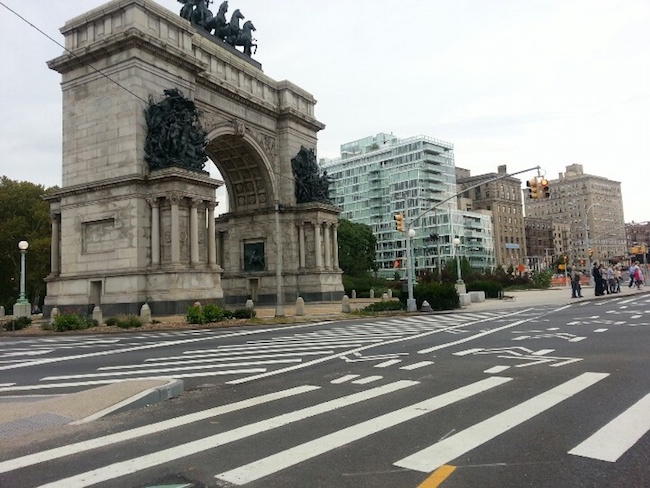 I regret, as I’m sure many real Brooklyn people do, all the times I bragged about this amazing place. When I moved to California as a teenager, “Brooklyn” was one of the three first words I said to every person I met (half of being a native is saying it every time you leave). Brooklyn was in the screen names. Brooklyn was on my t-shirts. While I lived there, my nickname was even “Brooklyn.”

This was the same year the Biggie movie came out. We drove all the way to San Francisco to see the first screening. My friend with wide eyes spoke to me in the passenger seat on the way. "I didn't even care about Biggie or Brooklyn before I met you, Brooklyn. But you just made me care!" Yeah, I know. We all made you care and we fucked it all up for ourselves.

I can’t walk past Grand Army Plaza without seeing a grand army of tourists taking photos in front of a fountain that I’ve been walking past my whole life. Whenever I sit on the benches on the side, I feel like I’m James Baldwin. The negro, judging you all.

There’s parts of Brooklyn that reek of a hipster Disneyland. Where people get the same giddiness around women wearing bamboo earrings or men with du-rags as a child would around a Mickey Mouse or Donald Duck. I can feel you all turning us into characters in your head. Yes. We are just like the movies. Asshole.

But the people who actually make culture, who made the Brooklyn culture, see what their mothers see when their child is grown. We see it still in its infant form no matter how developed it is.

We see how it took its first steps, how it depended on us to grow and how we depended on it to give us a reason to keep going. We saw it broke and lonely. We saw it dismissed and misunderstood. We saw it being talked about like a fucking concentration camp in Season Six, episode sixteen of Sex and the City.

“Brooklyn. I can’t say it, let alone live in it. You’ll all come visit, right?” Miranda’s words drenched in doubt. When Brooklyn was still the scary place you didn’t move, and for reasons valid, like our child, we still loved it. We still saw the beauty it has and we saw it all way before you.