Have You Ever Wanted to Text Via Toast? Check Out This Insane App-Controlled Toaster!

Have you ever been eating toast in the morning and wished toast wasn't the most basic b*tch of breakfast food? No, not really?

Well, you're thinking about it now, at least, right?

Using Toasteroid, and your iPhone, you can draw, write, and even insert weather updates on your morning toast.

With the unique capability to control a piece of toast's brownness, this weird but still pretty cool toaster can make the perfect breakfast and also sear custom images into its surface.

Also, to protect your privacy, all toast content can only be viewed on the toast... so it's kind of like Snapchat... with toast. Imagine those possibilities.

To quote their kickstarter, "Because why not?"

6sqft reports that they are available now through Kickstarter for $85, but will eventually retail for $169 in July 2017, so the time for toast is nigh. 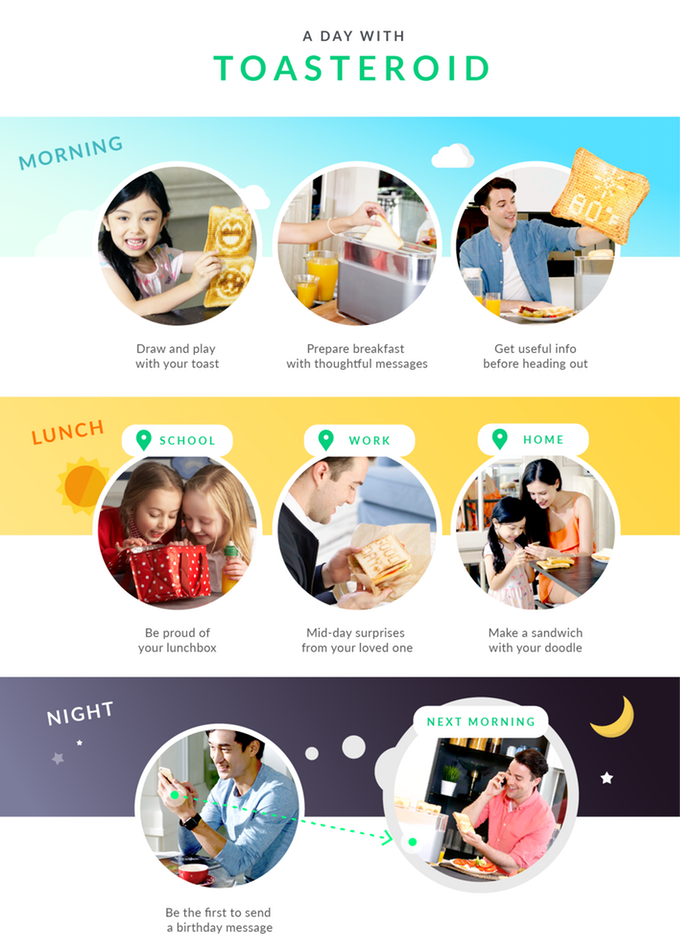 Anyone worried that searching for your phone in the morning to cook your breakfast will be as frustrating as looking for the remote has nothing to fear– Toasteroid functions as a completely normal toaster with a button on its side. Phew.

Food trends can get pretty wild. Like there are some things we do not need. But when it comes down to it, Toasteroid still provides us with just straight up toast. Let's hear it for keeping it classic.