In the words of a very pivotal speaker, “Everybody can be great... because anybody can serve.”

To this day, that same speaker has so much street cred that he has his name on the signs. Get it? Street signs? Get it?!

Bad puns aside, we are really excited about celebrating this Monday and the upcoming weekend.

Martin Luther King Day is right around the corner, but we found quite a few events to do around NYC.

We've mentioned on how to celebrate Dr.King's birthday in the past in Brooklyn and in Manhattan. It's one of the highlights of January as opposed to the rest of the month.

But whether you want to pay tribute by attending an event—hell, even crossing something semi-trivial like a Knicks matinee game off your bucket list—or helping with community service, we found something for every kind of celebration.

1. A Hand In Freedom: Family Project 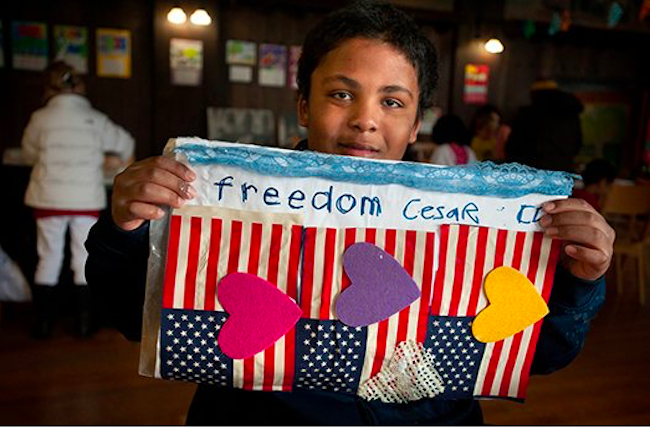 Folks of all ages can gather at Wave Hill House in the Bronx to create an art project in honor of Martin Luther King Jr.’s birthday. Trace hands on fabric, which will be cut, pasted and layered on muslin, and create messages and quotes of kindness to be displayed for all to see.

We know what you're thinking: a basketball game, really? Y'all don't write sh*t about sports ever, really. Why this? Oft-overlooked factoid: NBA and Martin Luther King Day are basically like football on Thanksgiving.

And actually, it's even bigger for the Knicks who will play a matinee game on MLK Day at MSG, a tradition since 1987.

Why does it matter? For the sake of sports trivia, the 1990 game was also the birthday of what’s known by hardwood nerds as the Trent Tucker rule (he was the last player to get away with catching and shooting a game-winning jumper with 0.1 seconds left on the clock).

The result of which is a well-known rule that basically forgives the human error of starting the clock once the ball is touched deeming it humanly impossible to catch and shoot in less than 0.1 seconds.

The NBA scheduled nine games, four of them nationally televised (sorry, Knicks). Notably absent from this year's action: the annual MLK Day game in Memphis—the city in which King was assassinated in 1968 at the Lorraine Motel, what now serves as the National Civil Rights Museum.

Shout out to the NBA for recognizing that. And since it's not nationally televised, you should switch it up by heading to MSG for matinee game as they face down Dwight Howard and the Atlanta Hawks with a little help from our friends at Seaters.

Seaters is the only ticket aggregator dedicated to true transparency with a unique algorithm dedicated to helping fans actually get into sold-out events.

Oh, and they hate ticket re-sellers and bots—or really anybody who’s trying to take advantage of you, the fan. And fandom can mean anything. If this is a once-in-a-lifetime experience for you (which might be depending on whether or not Melo chooses to play defense), you should have the best experience possible without breaking the bank on sneak-thief scalpers.

Check out Seaters and see what they've got in store for the Knicks game this Monday. 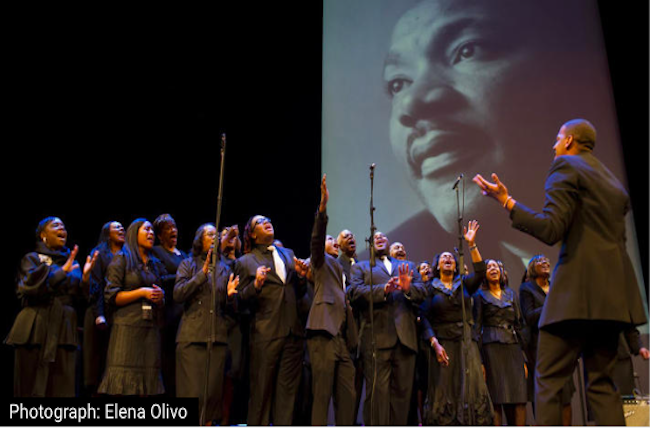 Leading off will be a keynote speech from one of the founders of #BlackLivesMatter, also a renowned racial justice and immigrant rights activist, Opal Tometi.

If there's an event that'll set the tone for the day with empowerment and hopefulness, this is definitely the place to start. Oh, and it's free (on a first-seated, first-served basis starting at 8:00 a.m.).

4. Where Do We Go from Here? MLK and the Future of Inclusion

After 2016’s tumultuous election, WNYC and the Apollo Theater team up to revisit Dr. King’s final manuscript, Where Do We Go From Here: Chaos or Community? and assess the future of social justice with activists and experts.

The film starts at 3 p.m. on Sunday, January 15th. They will allow standby's, so be there early if you don't want the RSVP!

Watch the world-famous choir take you to church during their mellifluous and exuberant homage to Martin Luther King Jr., and get ready for a religious experience that will surely bring you to your knees at B.B. King Blues Club and Grill, 237 West 42nd Street.

The tickets are known for selling out, so we recommend getting them soon and coming early. 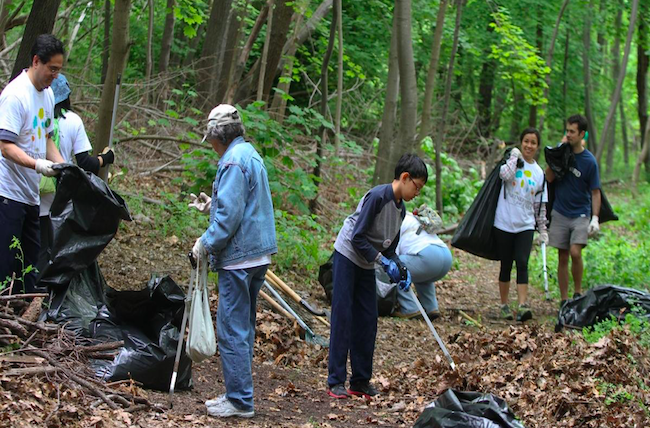 Get active and help the environment by signing up to help remove waste from Idlewild Park’s wetlands along with removing invasive vegetation. Come dressed in sturdy boots or shoes, long pants, and clothing that can get dirty.

Space is limited and registration is required, but the event is free and occurs on Monday, January 16th, 10 a.m. to 1 p.m. in Idlewild Park in Queens NY. 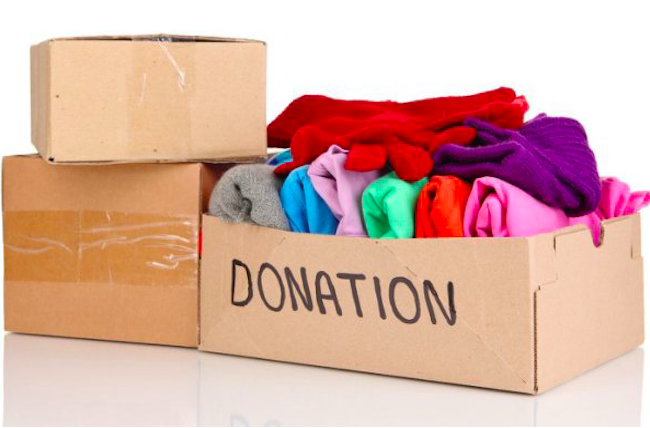 Help folks in Hell’s Kitchen stay warm this winter by offering to help sort and shelve clothing donations at RMM. You’ll also have the opportunity to help clients pick out some cold-weather duds for their wardrobe. This way we give those in need choices of clothing and a feel of a shopping experience.

The day of service starts from 10am to 2:30pm on Monday, January 16th at Rauschenbusch Metro Ministries in Hell's Kitchen. Admission is free, so it's a win in with giving back to the community!

Take a walk into the 1920s Harlem Renaissance with one of the guides from Big Onion and learn how this period laid the intellectual foundation for the early Civil Rights movement. 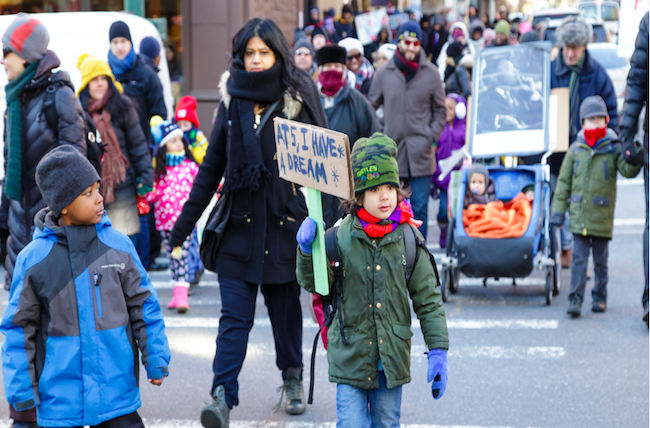 Stop by Riverside Church at 490 Riverside Dr. and join the Manhattan Country School eighth-graders honoring the legacy of Dr. Martin Luther King, Jr. by taking to the streets of Manhattan to speak out about the most pressing civil rights issues of their time.

MCS families, alumni, staff, friends, supporters and the general public are invited to participate in this educational and uplifting annual event.

The eighth-graders themselves were responsible for planning this annual march, so show your support this Monday, January 16th, at 10 a.m. It’s free to attend, and can help you keep your New Year’s Resolution and burning off that little extra bit of calories.