#GoodRiddance: 21 Things I Don't Miss About NYC After Leaving It

Everybody moves here to be somebody, yet everything in this memorizing corrupt city is a godd*mn struggle. It’s a dog-eat-dog world where you either come hungry or change your appetite.

I’d be lying if I said there weren’t things that would piss me off during my three-year stint in the city. No, not just piss me off-- but make my blood boil.

From the extraneous long hour days to constantly trying to keep up with millions egotistical humans it harbors, there are some things I can honestly say I do not miss.

Here are some to name the few:

With being surrounded by so many good-looking successful people, it’s crazy that you’re still single right?

The reality is that dating in New York sucks. It’s terrible and I hate it. Everyone is just walking around, sleeping around, dating around, but never getting around to settling down.

With so many people using diff apps like Tinder, your stock immediately plummets because ever guy out there thinks you’re automatically fast food p@$$y. The guy you met at happy hour turns out to be married; the majority of men in New York are gay; and men can’t afford the majority of women.

So in order to find true love, you turn down every man who tries to sleep with you— this will be every man you meet.

You see what I’m sayin’?

The cost of living

In the big city, you work or you starve.

Everything from $16 cocktails and $8 beers, $3 espressos, $100 brunches, $22 spent at Regal Cinemas, $3,400/month studio apartments (in Stuytown); the $26 burger; and $30,000 tuition to send your kid to a decent elementary school is a lifestyle price tag that’s a far cry from living above the social “norm” in America.

Not even trying to be a hater on this one. But these self proclaimed “creative individuals” with their kale-smoothie fueled juice diets; lumberbeards and wayfarers; sipping on their overpriced beers in their Canada Goose parkas are, in fact, not very hip at all.

They drag you to trendy new neighborhoods in Brooklyn, trying to convince to the world that it’s “up and coming” when really, they’re trendy little gentrifying agents.

Ever wake up on a Sunday hung over in Midtown and try to go to brunch? You want to kill yourself.

Sorry, but gloating about living in a place where you experience all seasons and how “magical” and “wonderful” it is really grows old after the fifth blizzard in a row.

Not all homeless people are scammers.

But the lingering, gut feeling and gnawing suspicion of: Is that person really need? Is my money being wasted? Am I being scammed?—on a daily basis is not missed.

Sure, it’s frustrating when there are unannounced transit changes, service delays, packed cars, and Showtime performers trying to pop-lock and drop it over you during your morning coffee.

But that dreadful, pre-recorded announcement that sounds like a drill sergeant blaring through the intercom saying, “Please be patient,” and to, “Stand clear of the closing door!”

I’d be more patient without it.

New York is the shinning mecca where @ssholes live and where non-a$$holes go to become those people’s neighbors.

You name, New York’s got it.

And as far as egos go, people are always in your face with their unsolicited two cents.

The sight of “Trump Buildings”

Do I need to say more?

With all respect—it’s awesome that you’ve finally made it to the greatest city on the face of the Earth, but you all need to walk faster.

The fact that women can’t even walk to the office at 8 a.m. without being harassed by a pack of hyenas is unbelievable. Like seriously, who the hell has the energy at eight o’clock in the freaking morning?!

To be real, do any of these guys really think their erratic lines/shouts/noises will really score them a date?

Trying to convert me to anything before I’ve had my morning coffee should be a sin.

There are parts of the city that are an absolute dump. It’s filthy and crawling with creatures that will intimate even the largest canine.

One wrong turn down Christopher Street and you’ll find more rats than pedestrians.

The hotter it gets, the more it smells. The subways are worse and are practically an open urinal. There’s poop on the sidewalks that you can’t tell whether if it’s human or animal feces.

Keeping Up with the Joneses/social competition

Questions like, “How much is your rent?” and “How much did you make last year?” really gets old by the time you’ve downed your fifth Cosmo on a Friday night.

New York is practically like the Olympics. There will always be someone richer, more attractive, and successful than you.

There will always be someone with a better story, job, and apartment than you. You can go to a restaurant owned by P. Diddy, only to be story-topped later by someone who had dinner with Jay Z. 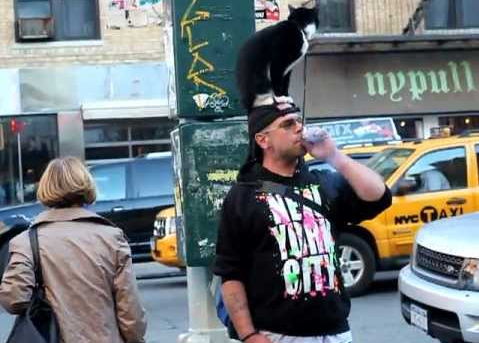 Having to leave your apartment on a rainy day and unleash the dragon sphere aka your $8 Duane Reade umbrella, only to have it snap back in your face right as you approach the platform is a pain in the ass.

Doesn’t matter if you leave 15 minutes or an hour-and-a-half early; somehow, someway there will be a reason that you are late.

They come at you like cannonballs, never ceding you the right of way- and for some reason they’re always holding five plastic bags.

They’re ruthless, reckless, clumsy, and need to take advantage of their tax dollars more wisely by staying inside the biking lane.

The biggest problem I have about living in New York is that, despite all the above things, it has such an unbreakable power over me.

It’s like a drug addiction you can’t kick or an ex-boyfriend you can’t get rid of. That no matter what city I live in or move to, nothing can even compare to how incredible NYC is, and there’s no way I’d ever dream of being anywhere else.