The Sex Is in the Heel: Talking Love With Kinky Boots' Taylor Louderman & Killian Donnelly

Whether you are celebrating the day with your beloved and a stack of heart-shaped treats or by throwing a singletons’ fling with your closest pals, today calls for sharing the love with those dear ones in your life.

Who better to speak with on this day of love than Olivier Award-winner Killian Donnelly and Taylor Louderman, two of Broadway’s onstage lovers in the Tony Award-wining musical, Kinky Boots?

The two play opposite one another as Charlie and Lauren, an unlikely pair in this moving, thematic musical of love, friendship, and self acceptance.

Kinky Boots is now playing at the Al Hirschfeld Theatre.

Both of you are fairly new additions to Kinky Boots on Broadway. How would you describe your experience with the show thus far?

Killian Donnelly: It’s incredible. It’s incredible. Everyone is so nice, and I know I would love to have some sort of new, really, really unique answer but everyone has been so nice. And I knew that coming over [from the London cast].

Everyone would be like, “Oh, you are going to get along with everyone! It’s a really nice cast.” And it is incredibly true. Everyone meets behind the stage before Act One starts, and we all just catch up on our day. I love that. I absolutely love that. I just love falling into the routine that has been here for, like, four years. And they were incredibly welcoming. Until Taylor showed up. [Laughs]

Taylor Louderman: [Laughs] He stole my answer! You know, I think it sounds so clichéd to say that, but it is really true. I mean, everyone here, you know, has to. Some of these guys have been here forever, and then others have joined the cast. But everyone gets along so well, and I feel like it is rare.

Everybody is so welcoming and supportive, and we have a blast onstage. You know, Killian is doing the show, and he never gets a moment to just hang out onstage and fart around, like I do.

TL: [Laughs] I guess I kind like, play around, fart around with everyone with the ensemble. It’s just a blast! I mean, every day is different. Everybody is improving back there. It’s just too much fun, maybe.

KD: There is a moment in “History of Wrong Guys,” the song that Taylor sings, and after she sings, she comes up and sits with me in the office [onset], and we have probably about 17 to 40 seconds of a catch up.

TL: While eating an apple.

KD: [Laughs] While eating an apple. And it’s like, “How’s your week going? Yeah, it’s a good show. Good audience. Yeah so, I’ll text you later. Bye. See you tomorrow.” So, I am surprised about this sort of improve that everyone is doing. But now that I know, Taylor, we are going to improve tonight, okay? 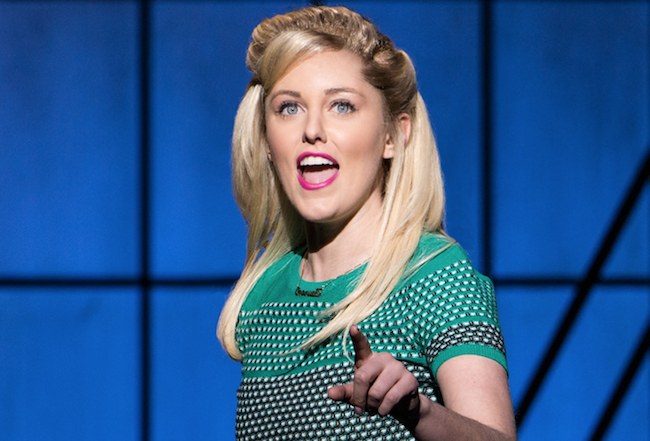 What was the Kinky Boots audition process like for both of you?

TL: Well, I originally auditioned in the summertime, actually. I didn’t get it then. Then around Christmastime when they were auditioning again, my team and I said, “No, she didn’t get it before,” and even I counted it out.

But then they were like, “No, we really want to see her.” And I guess then they decided it was the right time for me. It was like any other audition process, but very exciting.

KD: I was in New York about four years ago before I had even thought of being considered or auditioning for it. The director, Jerry Mitchell, I had met once before, and he said, “Are you ever going to New York soon?”

So, I got in touch with my agent, and I said, “If this ever comes to London, can we audition for it?”

So, it was kind of after that. The normal process. I was in the show [in London] at the time [I auditioned for Broadway], so I was lucky. I was allowed to just audition once in the show in London. Yeah, it was kind of just that! I think I did four auditions all together. I never was auditioned with a Lola; it was just on your own. It was filmed and sent off and then came back, feedback.

And when you think it is your last audition and you are happy with it, they go, “Cool, so we’ll see the scene one more time next week.” It’s like, “What more can I give!” But no, it was amazing. When I got it, it was just. It was so cool.

Also, when Taylor first started her answer, I thought she was going to say, “Well, I first auditioned for Charlie.” [Laughs] The way you set it up!

What is each of your favorite onstage moment between Lauren and Charlie?

KD: Mine is actually changing a lot. There are two. The first one: I am loving – there is a moment when we do a lean–

TL: Yeah, that’s what I was going to say!

KD: Ahh, stop stealing my answers! That’s why I said it first. So, I do a lean, and we are sort of looking at each other. And Taylor will do this thing where she kinds of adds something, and I’ll say, “Okay, I’ll go with that.” We sort of feed off of each other, really.

But, there’s a moment in the office in Act One, and Taylor leaves the office. And just before she leaves the office, her right shoulder, she just points up in the air, she makes it touch her ear. And I don’t know what it is, but it just makes me laugh every night. A thing no one else sees, but she looks at me, finishes her line, and then puts her shoulder on her ear and leaves.

I think that is a Killian-Taylor thing more than a Charlie and Lauren thing!

TL: My favorite is the lean, and Killian basically does a back bend. You know what I am talking about; when he is a right angle, backwards.

Spoiler Alert: Why do Charlie and Lauren “work” by the end of the musical?

KD: I think it is more of the Lauren character because she is more of the underdog, and people are rooting for her. The women love her. The guys love her. She is just a beautiful character; so, I think they want her to succeed. Then, she sings a whole song about falling in love with the guy, so you’re like, yeah, you want her to get the guy in the end.

TL: Well, Lauren doesn’t even start falling for Charlie until he starts taking charge and owning his position in the factory. That’s kind of what makes her go, “Oh my gosh!” So, from that point on, she is working hard to catch his eye, and then when he breaks up with his girlfriend, it is the perfect opportunity. 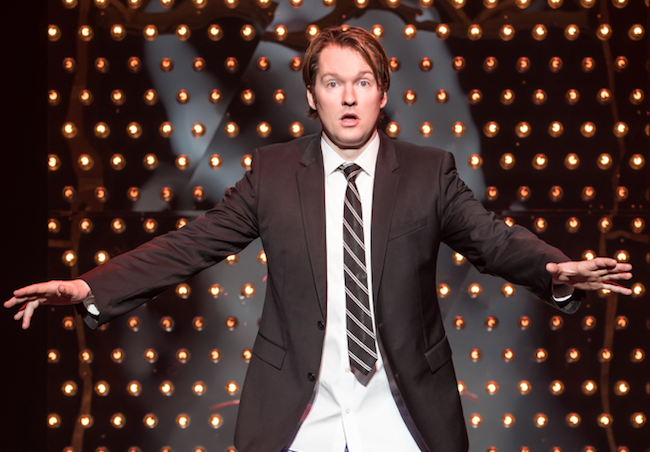 Who are your favorite onstage couples?

KD: The first one that came to me is the couple in Once, Guy and Girl. The characters are actually called Guy and Girl.

TL: I am going to be clichéd again, but it is worth it! My favorite movie is The Notebook, so [that couple]. Every girl will understand. But I also really fell in love with La La Land. I was really rooting for those two… I guess there is a common theme there with Ryan Gosling.

What are your plans for Valentine’s Day?

KD: I think we have a show!

TL: Have a date with my bed.