Healthy, But Not Wealthy: This Study Shows Poor New Yorkers Are Actually Better Off Than the Average Poor American

It's not news that New York City is one of the most expensive cities in the world.

For a lot of us, it's a struggle to afford the bare necessities such as rent and food, the costs of which seem to be rising every time we bat an eye.

Even more pressing of an issue in NYC is the income inequality; the growing gap between the very rich and very poor continues to be a serious problem in the city.

There does, however, seem to be a silver lining for the city's poorest residents.

A study published Monday by the Journal of the American Medical Association has reported that poor New Yorkers tend to have a longer life expectancy than poor Americans in other U.S. cities.

If you're baffled by this, you're not alone. We are definitely surprised.

Basically, the study has found that access to healthcare might not be as influential on life expectancy as healthy habits.

Given the chaotic, stressful nature of the city and various forms of pollution we battle against every day, you probably don't associate NYC with trademarks of a healthy lifestyle.

But when you take into consideration the fact that NYC has the second-highest tobacco taxes in the country, a recent ban on trans fats in restaurants, and that we walk literally everywhere, it starts to make a lot of sense.

Although it definitely would be cool if affordable healthcare were more of a thing in NYC, it's comforting to know that just being a New Yorker is actually beneficial to our health. 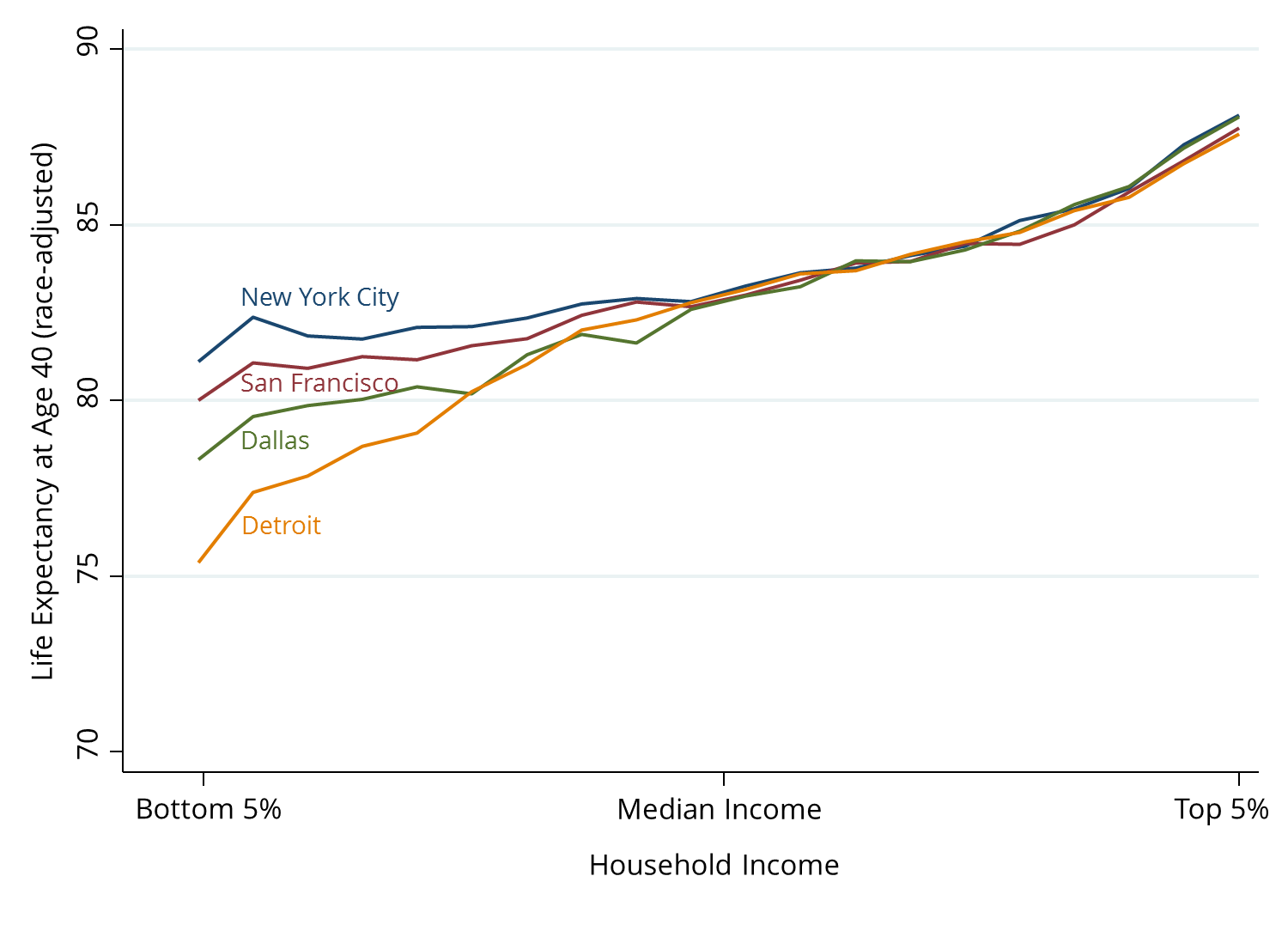 via The Health Inequality Project

Check out There Are Now LinkNYC Phone Charging & Wi-Fi Stations Up and Running on 3rd Avenue.