Struggles of the Urban Jungle: Why the NYC Woman Is Different 👠👟

The most unrealistic part of Sex & The City is not the ridiculously expensive brunches or witty jokes about casual sex; both happen all the time in New York. It’s honestly the heels. As much as we’d like to believe we could prance around uneven cobblestone streets with the same ease as Carrie Bradshaw, it is not happening without a citywide increase in broken ankles. Heels are definitely purchased a lot more often than worn.

The average New Yorker takes more steps a day than the rest of the country, which means the relationship most women have with their heels is less about wearing them and more like an intense staring contest. The heels stare at us. We stare at the heels and only consider wearing them if the date/meeting/whatever would be worth the pain. If that’s the case, we will be prepared to handle it, because the one thing you won’t catch a New York woman doing is complaining about her feet hurting. This is not LA. When you do catch us wearing heels though, please know that there has been a plan set in motion. It combines an expectation and tolerance for pain along with some soft plushy sneakers within five feet of wherever we are standing.

New York is a city constantly on the commute, so you know the New York woman needs her sneakers—perhaps a comfortable pair of boots or loafers—to get around. We have stairs to climb, meetings to rush to, trains to catch. We can’t afford the immobility of heels. In heels, you must walk slower, with more concentration. And depending on what street you’re on, it can feel like your body has been put on stilts, and you now have no choice but to sway and jiggle past the men who can’t wait to tell you about it. Even in a city that treasures beauty, the alluring aesthetic of heels still does not add up to the comfort and rationality of sneakers, and so, we found the beauty in those.

It’s within the environmental and social infrastructure of the need to get around that the New York woman’s sense of style was built. It’s responsible for the athletic undertones and masculine elements that you can find in each of our closets. Men aren’t the only ones who are into “sneaker culture,” you know. We have had to make them work for us too and in the good old American way—looking sexy while doing it.

You can thank New York women for figuring out how to assemble the biggest, dorkiest-looking Timberlands and Jordan’s (which are essentially snow boots and basketball sneakers) and turning them into fashion pieces that have attracted men all over the world. Reeboks, Nikes, Vans, Adidas, you name it, are brands that have met the New York girl’s need to get around. The need to commute, in combination with the pressure to look good, has created a blended fashion style that we now know as “streetwear” and it’s one of the trickiest of them all to pull off. 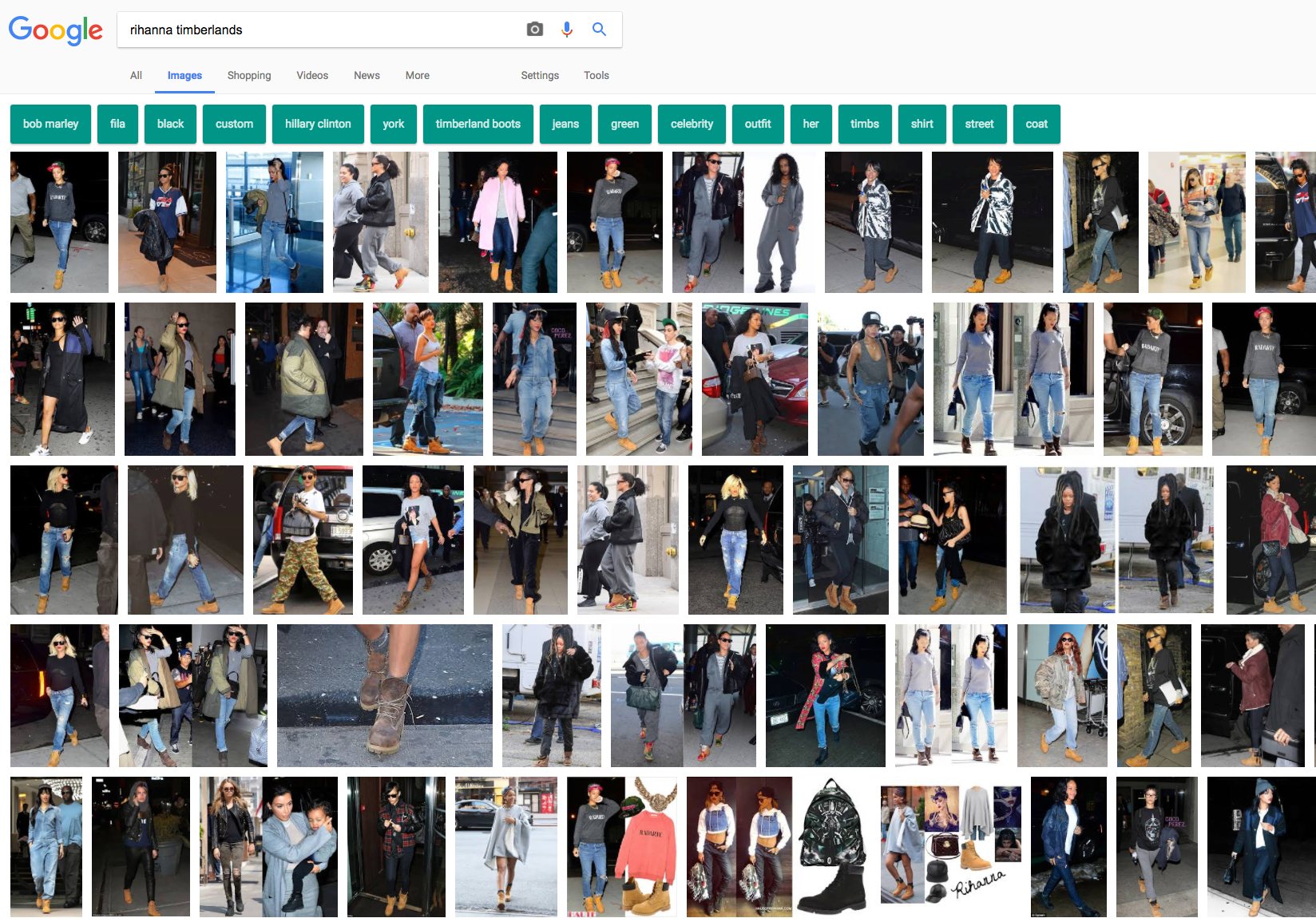 All the ways Rihanna manages to rock Timbs

Basically, this is how it works: as soon as you leave your door in New York, you have willingly (or not) entered a competition. Everyone knows that the real fashion week is every week here and it happens down the wide, flat sidewalks in Manhattan or on certain trains during certain times of the day. While you are out, you are silently (or loudly) critiqued for things like attractiveness, style, and grace. The winner is whoever can pull off a look that appears as if they don’t give a fuck when in actuality they do. Your effort in getting dressed or looking cool must be imperceptible. There can’t be a trace or even a sniff of it because if so, you’re out the game. You have to look like you just do this like you are just this fly regularly by nature. Beyonce’s flawless look and her “woke up like” refrain is a testament to this balancing act. A quick trick to accomplishing this is making sure that your whites are really white and your blacks are really black.

The goal with streetwear is to send people home wondering about what it is about you that looks so effortless and carefree. This is separate from the carefreeness of Bay Area fashion, where they also dress like they don’t give a fuck, but it’s different because they actually don’t. It’s also different than Los Angeles where women work on an entirely different scale of fashion. The effort to look “good” is very obvious and it’s meant to be. They operate on another set of rules. The more attention paid to the curvature of the body or the illusions provided by makeup, the better.

New York girls usually don’t know the first thing about makeup until later on in life and when we do, we are skeptical of its alleged powers and cautious about being caught with too much on. I didn’t pick up my first mascara wand until I landed in the sunny plains of California and even then, I had to make sure my New York friends weren’t looking. In New York, we like to see how much you can pull off using your own hair and skin. The woman who is most naturally pretty is the most naturally envied. We aren’t jealous of how well you can contour as much as we are about how full your natural eyebrows are.

The style of the New York woman is probably closest to that of the Parisian. We both have integrated these carefree, casual aspects of style into our “iconic” looks as the result of being in a city that overflows with culture. There’s just no time to pile on makeup or spend hours on our hair when there’s a big world out there to explore. We have to distribute the energy that would be going into that and save it to fully enjoy the energy of the city. We need to catch the next art or media event and we need to read our new book on the way there. We need hairstyles that can be ready to go in five minutes and makeup routines that involve more skin than makeup. And of course, we need to figure all of this out and still look good enough to snag a number or two should we need a date later that week.

The rest of the world tries to recreate the intangible zeal of this lifestyle through fashion, but it can’t really be captured through clothes alone. The clothes themselves and can easily be overlooked or ignored should they be hung up on a clothing rack. The aesthetic that graces the style of the New York woman doesn’t shine through unless you watch the garments in action. Well-made coats can be appreciated because we catch their linings in the most flattering positions, like when an arm is raised to hold onto the train or hail a taxi. Sneakers are followed with eyeballs because they pedal down the blocks with speed and intention that stimulate the mind. We find each other’s way of commuting interesting and get a healthy dose of jealousy when we find somebody doing it with less effort than us.

Of course, what seals the elegance of the New York woman’s style has nothing to deal with her clothes or shoes at all. It is her opinion. Standing tall and proud like a stubborn bowling pin. I’ve traveled the world but I have never heard silence more neatly used than after a New York woman finishes her sentence. We don’t tend to hedge or embellish our thoughts with apologies or concern. Dilution is not our style. We cut our sentences bluntly and end them as a matter of fact.

It is the most refreshing, most empowering connection I have with the women here, both alive and dead. Even if I don’t agree, I am proud when a woman has spoken her mind sans a “sorry” because in doing so, she’s carved out more space for me. It is this firm opinion in a society that transforms women from boobs and butts into actual individuals.

Our thoughts, when so boldly delivered, snatch culture down by the collar and force it to face what is beyond the enticement of our anatomy. It demands you to swim through and appreciate the depths of our intellectualism and finally land at the core of what makes us the same, our humanity. And when we do this, we do it in the dopest sneakers we could find.