Sure, the SmokeShack comes with all-natural applewood smoked bacon, but it's also got cherry peppers and ShackSauce.

Apparently, one bacon burger just wasn't cutting it for Shake Shack, as they're releasing a brand new Bacon CheddarShack burger on June 3rd.

According to Food & Wine, the cheddar sauce is made with a 3-year-aged Wisconsin cheddar and American cheese.

Shake Shack's culinary director, Mark Rosati, told Food & Wine that they "wanted to bring a sharp, punchy note to the while also keeping that creamy richness."

"Cheddar has that sharpness and richness, and the 3-year aged Wisconsin has a lot of power, but the American cheese gives it that creaminess."

Regardless of its makeup, the cheddar cheese sauce creates a creamy, mouthwatering (albeit, messy AF) burger that simply soothes the soul.

Though we'd pay top dollar to be able to hold one of these babies in our cold hands on this chilly May day, we're going to have to wait until its debut on June 3rd at all locations except JFK Airport, stadiums, and ballparks.

From then on, we'll be able to down as many Bacon CeddarShack burgers our cold little hearts desire. 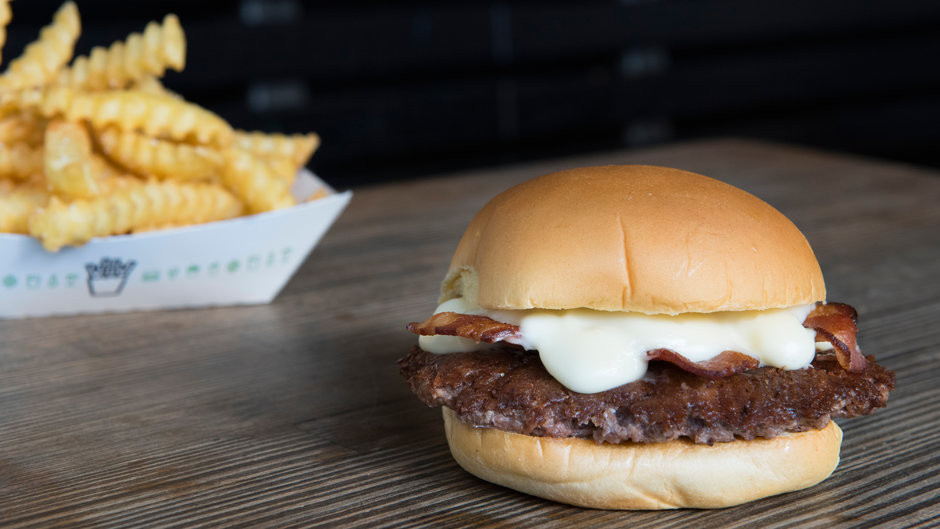 Check out These Absolutely Insane Oreo Bagels from... New Jersey.