Put. The. Remote. Down. 12 Best Things to Do This Labor Day Weekend in NYC

Who else needed this long weekend? It's been waaay too hot recently and we know for a fact, we're not the only ones who've been a little cranky.

Don't you just want to never change out of your PJ's and curl up on your couch and– NO. Do not, we repeat, do not waste your long weekend sitting around doing nothing.

This Labor Day weekend is filled with so many festivals and parties, there is nooo excuse to waste your day off catching up on your Netflix queue–although we respect that pursuit.

You will literally hate yourself if you don't do something cool while you've got the extra day off, won't you? NYC is statistically proven to be the FOMO capital of the world (probably).

You can catch up on sleep when you're dead. Or at work.

Ezoo has been making Randall's Island THE spot to be on Labor Day weekend since 2009. Its first lineup featured a measly 55 artists but the festival has only grown larger and more popular.

Sooo chances are, tickets miiight already be gone. Try your luck though. As of now there are a few left but hopefully, all you EDM fans just have to activate your wristbands.

This year, the party is gonna be led by Bassnectar, Tiesto, and Hardwell. The stages for this year's festival will be curated by Anjunadeep, ANTS, Buygore, Dim Mak, Elrow, and Sunday School.

The tickets are first-come, first-served and fans are recommended to show up at the TODAY plaza (48th between 5th and 6th) by 5 a.m., rain or shine. Yeah, that's pretty early. But it's also a FREE Alicia Keys concert.

We've never loved someone the way that we love free sh*t.

Unicyclers will start congregating on the 1st, on the West Side and then in Brooklyn on the 2nd, but Saturday is when the events geared towards beginners and spectators will begin on Governors Island.

We're not going to make any assumptions, so check out the other days if you're an expert on a unicycle but for us n00bs, registration opens on Saturday at noon. The activities include a "Learn to Ride" session and a bunch of unicycle based activities that include basketball, relays, and sumo wrestling.

There's also going to be a public show where some world-famous riders will be showing off their sick skillz.

And if that's not enough unicycling for you, come back Sunday and do it all over again.

Luckily, for everyone who was too busy catching Pokemon all summer instead of taking in culture, the Met Museum is staying open until midnight this weekend, so fashion lovers can have a chance to see The Costume Institute's "Manus x Machina: Fashion in the Age of Technology" exhibition.

Hours are also gonna be extended on Friday but Saturday is your last chance to mosey around the Met after dark.

The rest of the galleries will be closed but the Great Hall Balcony Bar is gonna be open for your alcoholic consumption. Anyway, is it really Labor Day weekend if you don't pay a little too much for a glass of wine at one point?

Coney Island can always be counted on to deliver a unique time (maybe a little whack, too). To quote their website because we can't put it any better than this:

"The strangest and most extravagant beards and moustaches descend upon Coney Island to see whose facial hair reigns supreme!"

Whether you personally are bearded, mustachioed, or clean-shaven... you're totally intrigued. Some of the "Coney-centric" competition categories are "Man or Beast" (Best Beard Natural), "Dog and Pony" (Best Partial Beard/Chops), and "Hokum and Hoodwinked" (Best Fake Beard or Moustache).

Registration begins at 6 P.M. and the competition starts at 8 P.M. Tix are $20 for both spectators and participants. Grab 'em here.

This amazing festival and live outdoor concert, which is always held the Sunday before Labor Day, celebrates Brazil's Independence Day. If you've never explored NYC's Little Brazil, which is centered on West 46th street between 5th and Avenue of the Americas, this is your chance.

What started as what was more of a block party in 1984, however, has become a mega event and now spans down a good portion of 6th Ave, which is also where their stage is set up. We have a feeling that somehow, you won't be able to miss the stage, though.

If you're all about that Coney Island vibe but really don't feel like sitting on the subway for that long, here you go.

Head over to Riverside Park, between 66th to 70th, to catch some carnival rides, sideshow performers, reptile shows, and live music. Of course, there will be local food and merchandise vendors ready to sell you cotton candy to complete your experience.

Grab a sun hat and make sure you're at Pier 83 at 9 A.M. to board the Spectator Boat. You'll be on the water before the Parade of Tugboats at 10 A.M. and will ride alongside the big race at 10:30 A.M. Tickets for the Spectator Boat, which can be purchased here, are $25.

Onshore, after the competitions, there will also be some classic family friendly games like line toss and obviously, the spinach-eating contest. The tugboats depart at 2 P.M.

When was the last time you went to a rooftop party on a Sunday? Never, right? Well, that is straight up the whole point of Labor Day (okay, no it's not, but you should definitely take advantage of this opportunity).

The party starts at 2 P.M. until 6 P.M. at Salvation Taco in Murray Hill.

Hosted by the West Indian American Day Carnival Association (WIADCA), this festival actually dates back to the 1930s in Harlem. While the party moved to Crown Heights in 1969, the parade has long since been a Labor Day staple in NYC.

This year, over one million people are making an appearance to celebrate Caribbean and Jamaican culture, arts, tradition, and history. You should definitely be one of them; this will definitely be worth the packed crowds.

The march begins at 11 A.M. on Schenectady Avenue and finishes with a grand finale at Grand Army Plaza.

Also, even if the elaborate costumes, giant floats, and traditional music make this the event to beat, the festivities are going to be underway all weekend. 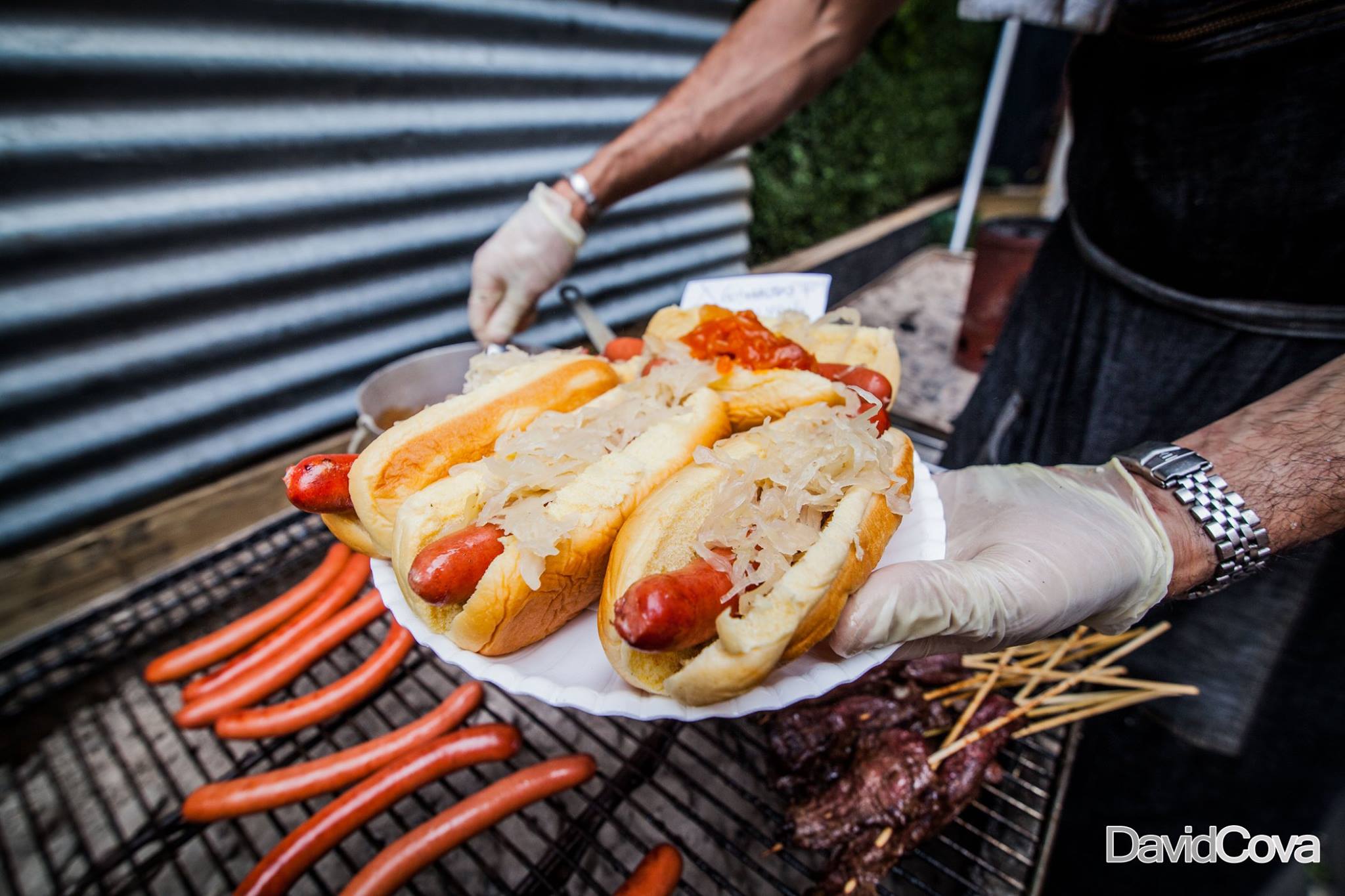 This Labor Day bash at Bushwick's House of Yes, which runs from 2 P.M. to 2 A.M. (holy sh*t) is advertised as "12 hours straight of hot meat, dirty dancing and delicious chillness." Is there anything else we can say?

For a while, they had free RSVPs available, but they sold out so you're going to have to grab tickets. You can buy them at the door but presale will let you skip the line.

Oh yeah, dress code is "Patriotic AF." That's Red, white, and we don't need to tell you this, do we? Plan accordingly.

Return to Riis: Get Summered

The Riis Park Beach Bazaar, in Queens, has been THE summer activity that hopefully you haven't missed out on. Greaaaat food, dope pop-up shops, jamming to live music– it literally does not get any better.

Their final event for the season is gonna be led by the Get Summered DJ's, who've been stopping by all Summer.

Just saying, our beach days are numbered and you should probably take heed.