Rock the Vote! Did You Know Taking a Selfie with Your Vote Is Illegal in New York?

This insaaane election is almost over. Seriously.

Hopefully, by now, you're registered to vote, since New York's voter registration deadline was nearly two weeks ago.

Now, all you've gotta do is turn out on election day, November 8th (or November 28th, if you listen to Donald Trump).

However, whether you're a #Merican who's proud of exercising yo' Democratic rights, or you're just looking to shame people who didn't go to the polls– don't snap a pic of yourself in the voting booth.

Depending on what state you're in, taking a selfie with your ballot could actually be illegal– and heads up New Yorkers, we're not allowed to show market ballots to other voters.

You might be wondering why it even matters, or how this doesn't infringe upon 1st Amendment rights, especially considering celebrities, all your friends, and your high school English teacher talk about who they're voting for all the time on social media.

Banning photos, as reported by The New York Times, is to "stave off any attempts at buying votes" (and preserve secrecy of ballots but lol). Snapchat actually filed an unsuccessful suit to combat bans last April, arguing how it's an integral part of how young voters participate in politics.

“Whether it’s a campaign button or a selfie from the ballot box, Snapchat believes that expressing participation in the democratic process is an important part of free speech and civic engagement that the First Amendment roundly protects,” they said in a statement.

Kudos to you, Snapchat, but the law in New York state, as reported by DNAInfo, still reads that "directly or indirectly" revealing who you've voted for is still a misdemeanor. And we don't know how intensely that varies around the country. No selfie is worth a fine or even jail time, dudes. 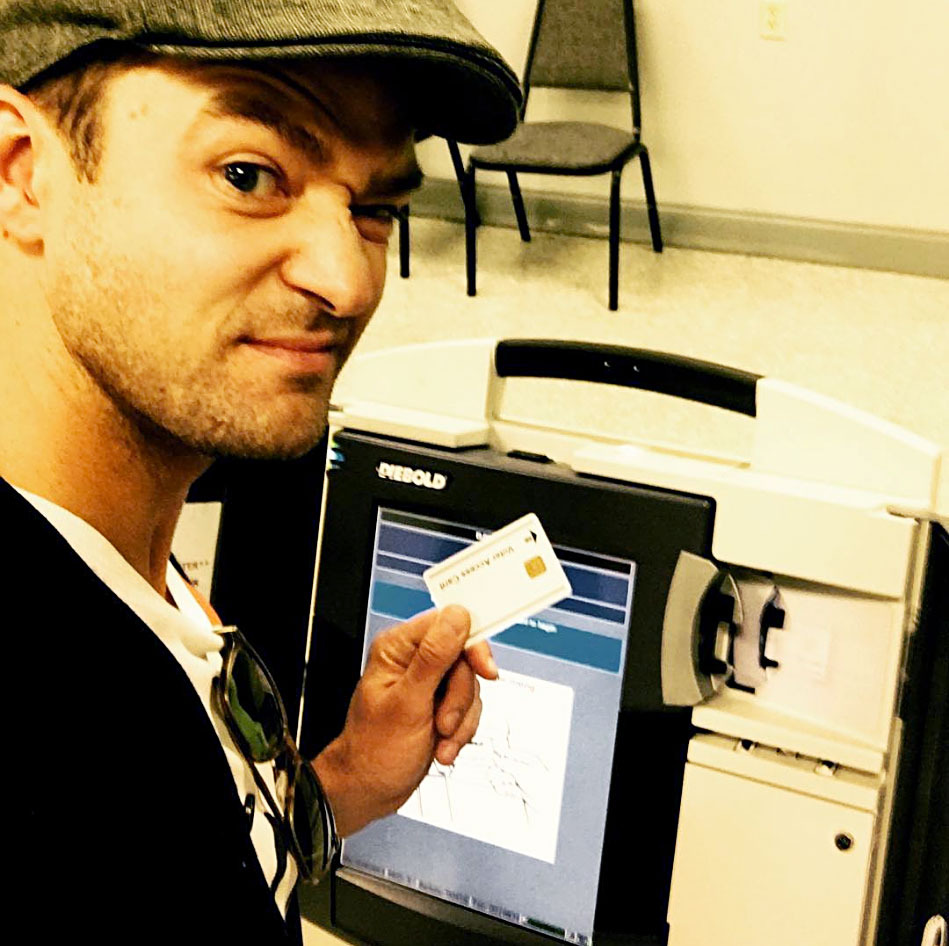 Like Justin Timberlake, if someone decided to pursue it, could face jail time in the state of Tennessee. No selfie is worth a fine or even jail time, dudes.

So yeah, definitely go out and rock the vote, just don't snap it.