WHEN WILL IT END?! The Second Avenue Subway Is Actually Scheduled to Run on January 1st

Okay, so we all pretty much knew December 2016 was a no go for the Second Avenue Subway, but tbh, we've said it and we'll say it again– until we're clutching onto a pole inside one of the cars, we're not sold.

However, the MTA's most recent deadline has them slated to open the subway to the public on January 1st, and it's looking like that might actually happen.

That's right, the Second Avenue Subway, the Kingdom Hearts III of subways, is actually going to be happening, guys.

As reported by Time Out NY, the first scheduled train will leave 96th Street station at 12 p.m. and three other stations will also be open to the public.

In case the Upper East Side ain't your thing, the new subway is an extension of the Q line, which previously ended at Central Park on the East side.

So basically, it'll be a lot easier to make the Upper East Side your thing now. XOXO, Gossip Girl.

Again, we'll always lean cynical but as we live and breathe, we can't deny this map right below, that depicts the new train. 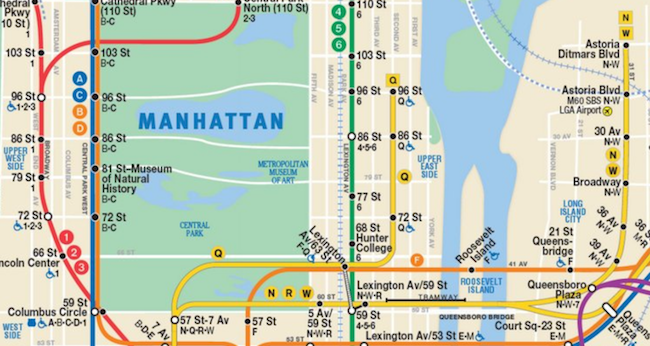