Guess how pissed we are that Taxi Driver was recently taken off of Instant, Netflix. Yeah, we're talking to you.

In over 40 years as an actor, De Niro has taken dozens of roles... some roles that were kind of questionable, to be honest. Sure, every movie can't be the Godfather Part II, but has anyone else watched New Year's Eve? No one?

When it comes down to it, with a body of work as large as his, there are bound to be some seriously terrible films next to the classics. And of course, those are the ones that are most likely to be available for free online.

So rather than take down De Niro's lengthy IMDB page for each year of his life like we did Scorsese on his 73rd Birthday, we've rounded up the De Niro flicks available to you Instant-wielding masses so no one has to waste their time. Or at least, if you do, it's by choice. Definitely no judgement here.

Check back in two years for his 75 greatest roles and moments of all-time on his 75th birthday. That gives us plenty of time to watch all 100+ things he's been in.

We also just have to quickly point out that an insane four movies on this list are all from 2012. Literally, how?! This guy is a machine.

See, this movie shouldn't be as bad as it is. De Niro plays a mob boss, it's not like we haven't seen that before with great success.

But this movie is a literal mess. We have no idea what happened, we're sorry. 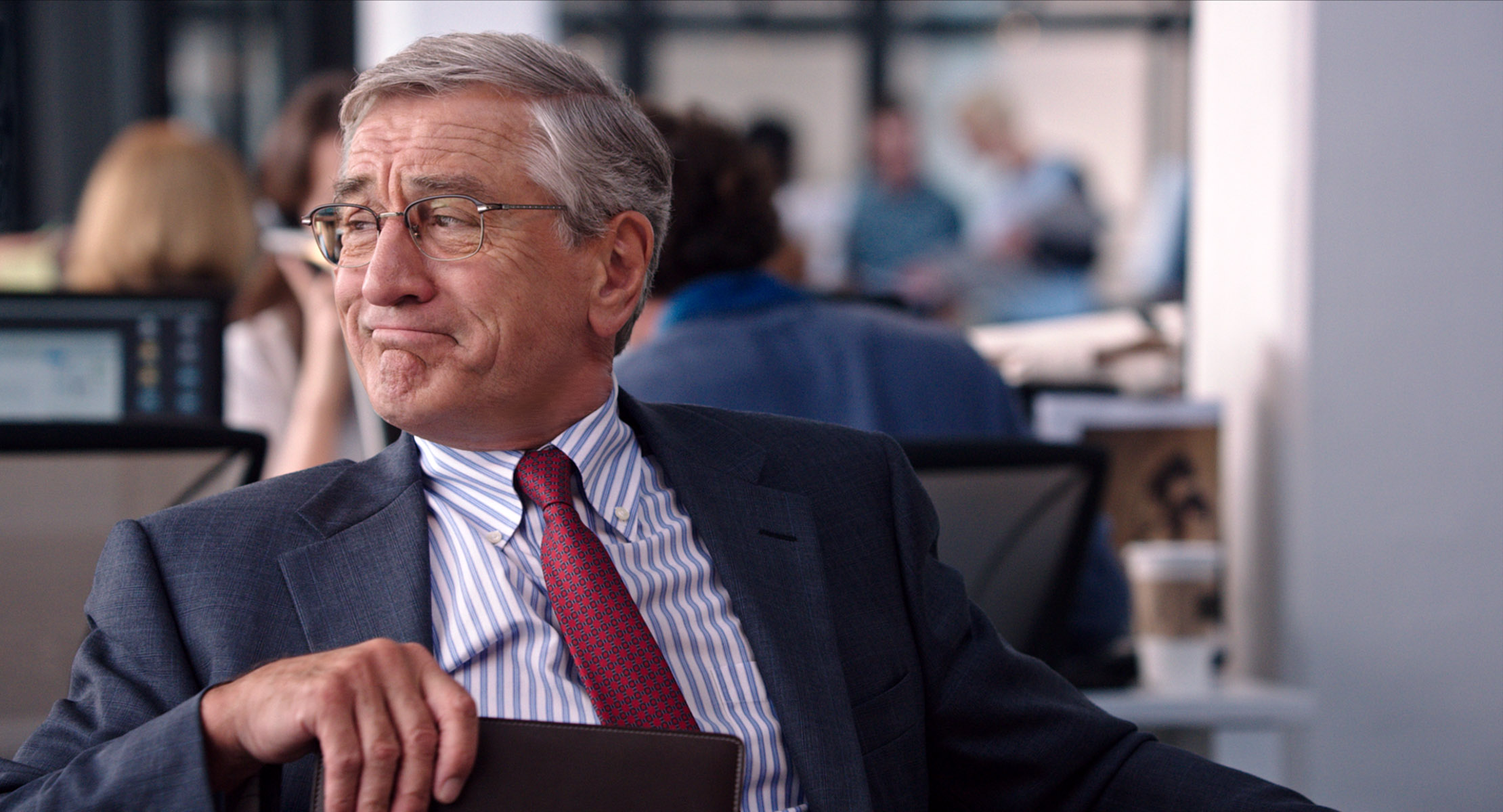 We know this movie is allegedly not that bad. We think it is, we're sorry (editor's note: It's not THAT bad. It's just not good. There's a big difference!). If you must, you can watch the first 20 minutes– guess what happens next, and I bet you're right.

Then you can just shut it off and free yourself. You don't want to get to the part where Ders from Workaholics tells Anne Hathaway he's sorry. It's awful.

It's a shame this is HBOGo's only De Niro offering, unless you count the Remembering the Artist doc about his father, which we're not. 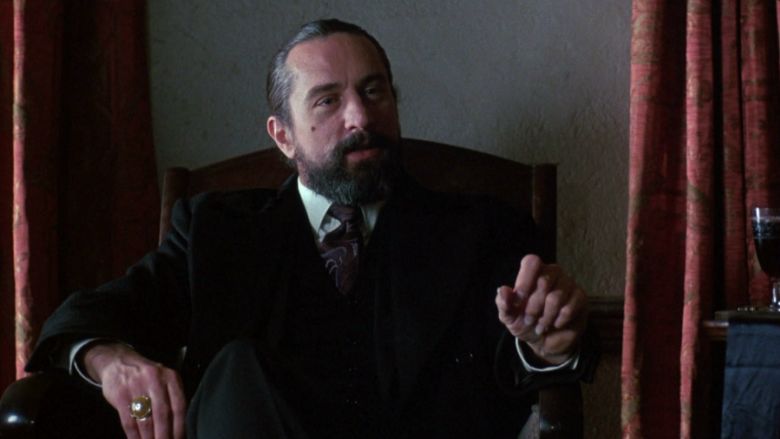 So, when it came out, Angel Heart did not do particularly well but since then, it's sort of established itself as a kind of cult-y classic. This, unfortunately, has nothing to do with De Niro. He plays a literal devil named "Louis Cypher."

Do you get it? Do you? Louis. Cypher. LUCIFER. Now you get it.

That's pretty much the entire plot of this movie. If you give this one a watch, do it for Mickey Rourke or De Niro's beard, which gives a better performance than he does.

That should tell you enough, to be honest. However, De Niro is probably one of the more entertaining aspects of this film because he really camps up a plot that everyone else in the movie takes super seriously.

Take this movie with as little seriousness as De Niro did with his role and you might actually enjoy it. 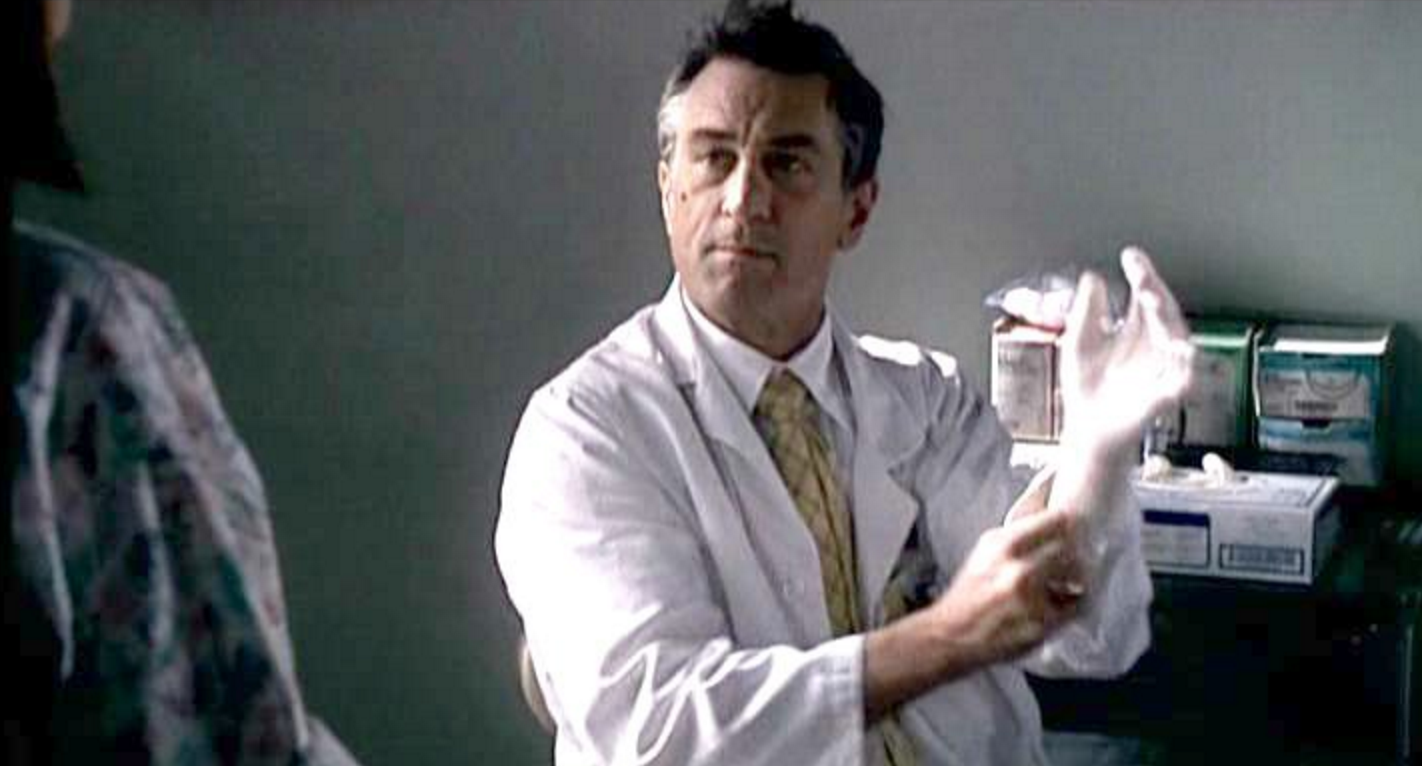 Soooo De Niro’s character, Dr. Wally Carter, is really only in this movie for like a second.

This movie tho. If you need a good ugly cry, this is the one.

Also quickly: Meryl Streep as a bad mom, a decidedly crazy looking Diane Keaton, and that shot of Young Leo Dicaprio charging the glass in jail with the crazy look in his eyes?! Come on. 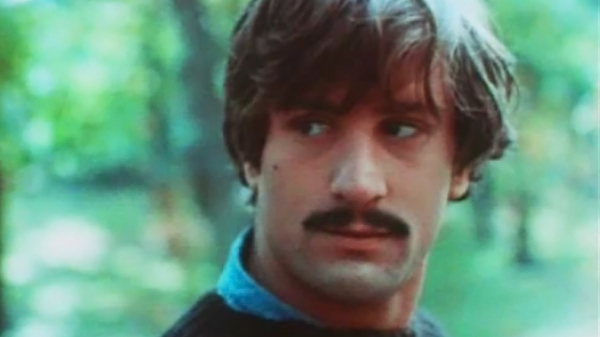 Understandably, De Niro was kind of ??? about the whole thing.

Also? The film still is still pretty much a mess, so Cannon Films kind of failed at their one job. 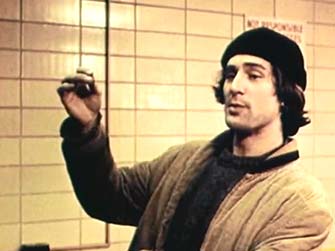 This is the quintessential "So Bad, It's Good," if that was a real genre. Well, we like to think it is, anyway.

Facts: De Niro only shows up in Born to Win for like... less than 10 minutes. However, this is such a quirky black comedy, that this disaster of a movie is pretty worth the watch if you're in search of something unique. 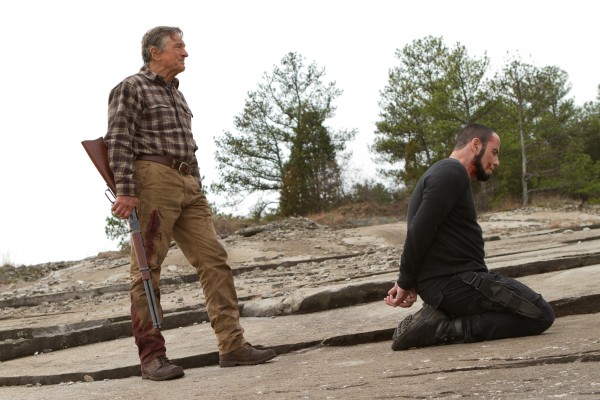 This movie is two hours of violent, broody tag between John Travolta and Robert De Niro. This is another one that you shouldn't take more seriously than you need to. Like we said, 2012 was a really busy year for De Niro, just let him have some fun.

We're gonna be honest, De Niro is in this movie for maybe twenty minutes. This movie is also... not that great. It's a little messy. But it's really, really fun if you like fantasy or cutesy uncomplicated romance or adventure or FUN.

In De Niro's 20 (ish) minutes, he looks like he's having a lot of fun. See above. It's movie night, you don't always have to pretend to only like movies starring Daniel Day Lewis. 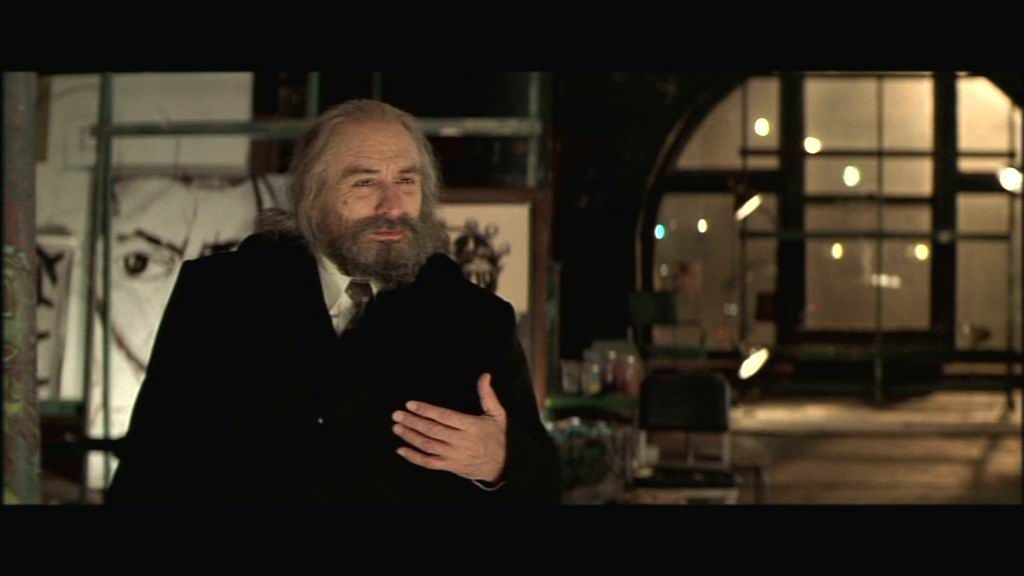 This adaptation catches a lot of flack, but come on! it's an adaptation of a Charles Dickens novel that runs less than 2 hours. You have to give Alfonso Cuarón some credit here.

Also, for our purposes, De Niro is one of the film's stand outs as the broody and charismatic Arthur Lustig, who is a pirate-y reimagining of Dickens' Abel Magwitch, the convict/ Pip's (Finn, in this movie) benefactor.

Also, if you are interested in set design even the tiniest bit, stop reading this list and queue this one up. 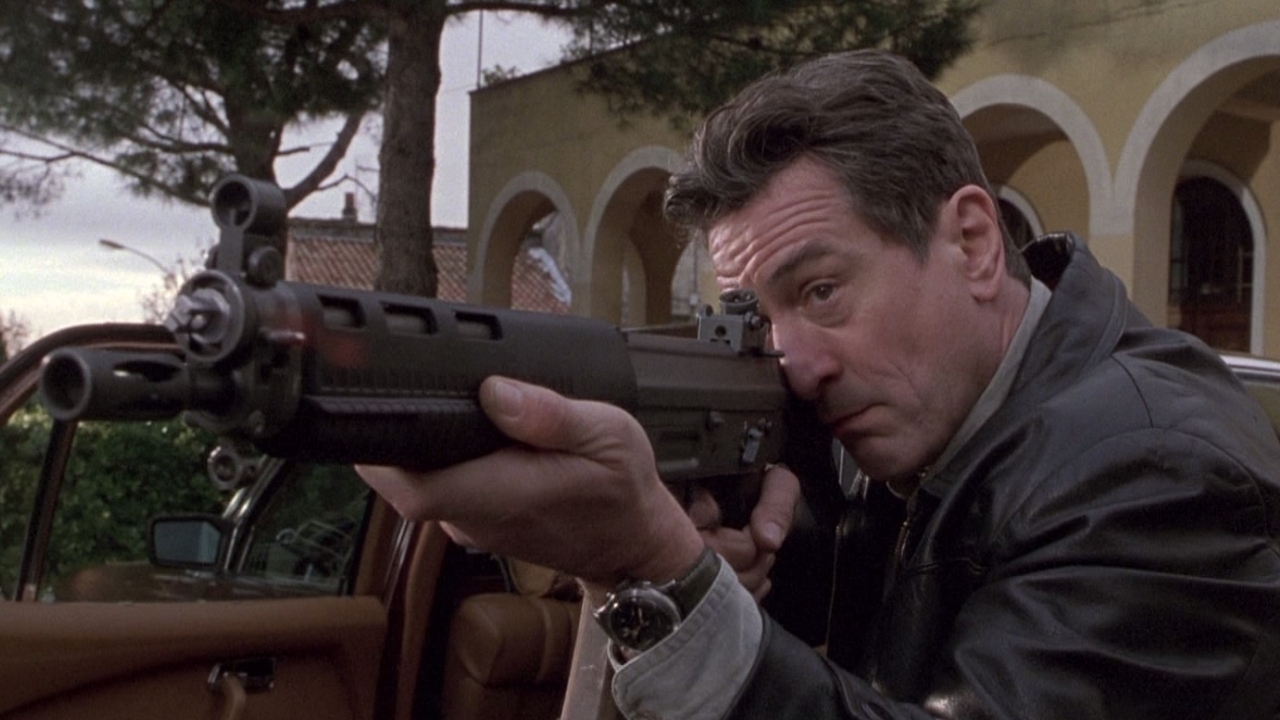 Yeah, this is another movie that really isn’t about anything. Literally how are so many of those funded? They had a budget of $55 million but were like nah, narrative is for squares.

Anyway, De Niro could play a convincing ex-mercenary if he was in a coma, so there’s that. Also, it’s just straight up so silly and entertaining that it actually got generally positive reviews from critics despite a universal acknowledgement that again, there was no cohesive plot.

Yeah, we're combining this one. #Sorrynotsorry. These aren't necessarily bad movies, but we might just be a liiitttle biased against De Niro's comedies. There's a lot of them. It's left us jaded. But these are (or at least were at some point in time) truly entertaining, funny movies.

Against Ben Stiller, De Niro is a perfect grouchy foil and this could arguably be one of the rare occurrences where the sequel (Meet The Fockers) is even better than the original (Meet the Parents).

There's actually even a third movie to complete a trilogy but luckily the streaming gods have spared us from talking about it. You can look up Baby Fockers, if Christ so compels you, on your own time.

Is this Robert De Niro's best movie? N- O. The best one on Netflix?

Sure, the actual film maybe isn't that great but his performance emotional and raw and it's not even from the '80s. More than often, recent De Niro movies have been er... on the unique side and Being Flynn reminds us that he definitely still knows what the f*ck he's doing.

Do yourself a favor and check this one out. You're welcome. 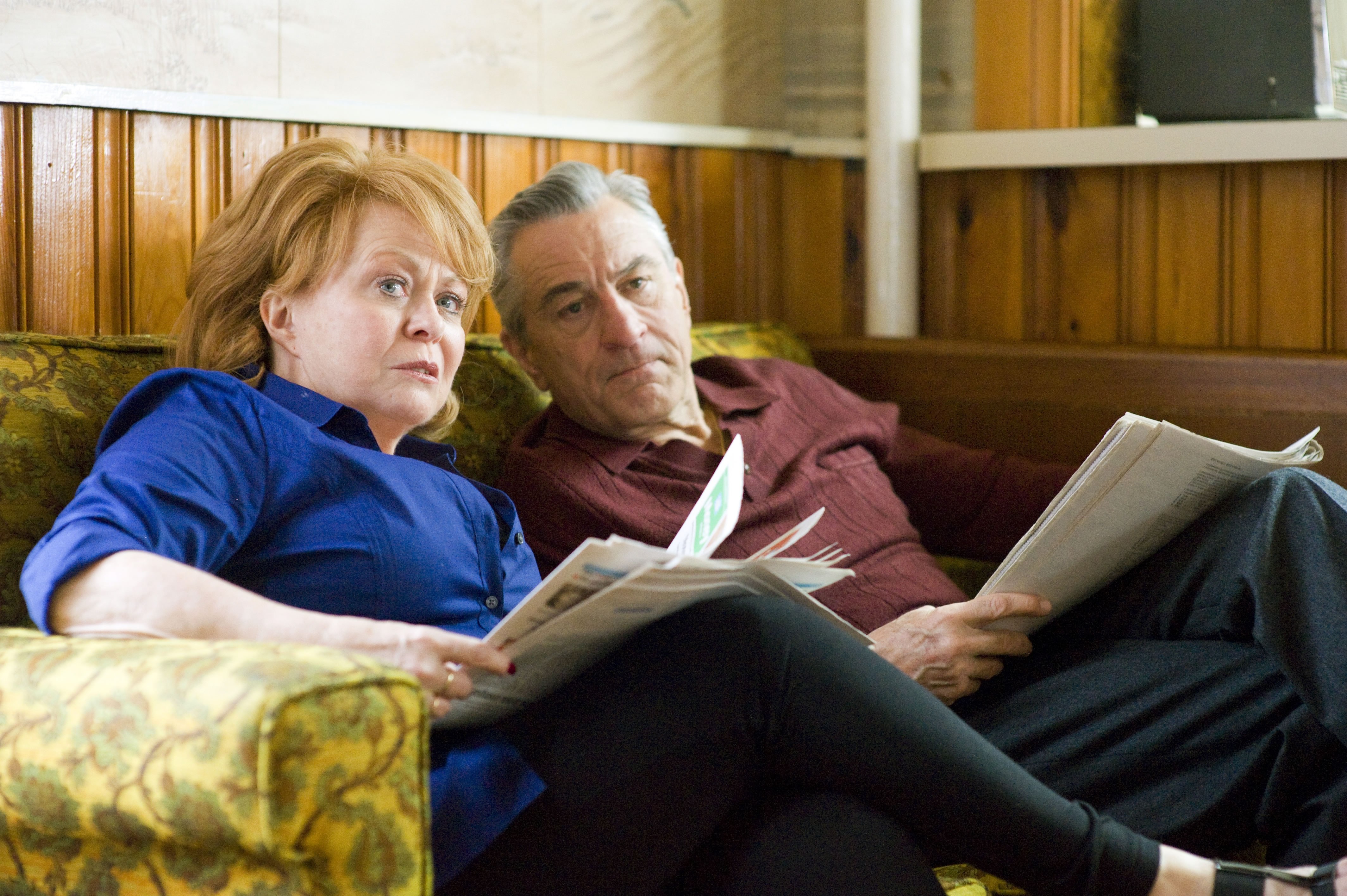 This too, is technically a comedy and we're not even going to be mean about it. Look at that! If you aren't distracted by JLaw and Bradley Cooper's banter-y chemistry, De Niro, as Bradley Cooper's character's father, truly is the one to watch in this film.

Unlike some of his other comedic roles, instead of playing into the tropes of the Baby Boomers, he offers a realistic portrayal of that generation's disdain for anyone who can't pull themselves up by their bootstraps– which notably highlights a reluctance to address mental health issues.

It's an emotional performance and afterwards, you'll want to call your dad. Have you seen Goodfellas? Of course you have. Well, you’ve basically also seen this movie then.

It still is worth the watch though—De Niro plays Sam “Ace” Rothstein with his usual menace. But here, he's definitely a quieter, more subtle gangster, especially if you consider Scorsese’s usual fanfare.

The only problem with this movie is how long it is and how insane Sharon Stone's character is. And how it's telling a less interesting mob story than Goodfellas' in the exact same way Goodfellas did, just not as well.

Max Cady, a psychotic preachy rapist, might be one of the most f*cked up characters De Niro has played, and that's really saying something.

But undeniably, he totally kills it– you will fear every random thirty something white dude minding his own business on the subway for at least a few weeks.