In New York City, headphones are a big deal. Whereas other places around the globe may be just as noisy, we're world-famous for our deafening cacophony.

There is construction, subway noise, and plenty of people yelling random absurdities all of which make it extra necessary for quality headphones.

But it's easy to screw yourself over by picking up an overpriced, fashionable set that doesn't actually sound good, blowing out your hearing, or irritating your ear canals. But now a Montreal-based company called Revols is changing the game.

Ears are much like fingerprints-- they're all unique. Revols designs Bluetooth earbuds that mold to your unique inner ear in 60 seconds, instead of costly and timely in-ear monitor molds.

The idea is that when you first insert the earbuds and activate the app, the gel-like piece that goes in your ear molds itself to your ears, making a custom, perfect fit.

Not only will they not fall out or sound like garbage, they retain their shape forever. Revols aren't for sale yet, but it shouldn't be long until they're in stores.

The company launched a Kickstarter campaign seeking $100k, and with less than two weeks to go, they've attracted nearly $1.5 million from less than 6,000 backers.

The company originally sought capital to begin production after spending 4 months in China finalizing all their designs, which are pretty cool. Revols has partnered with industry pioneers Onkyo to produce amazing, non-damaging sound and superior ergonomic comfort.

The set is Bluetooth powered, making it basically wireless with eight hours of playback. Beyond that, a tiny attachable battery pack literally snaps on to extend lifespan. 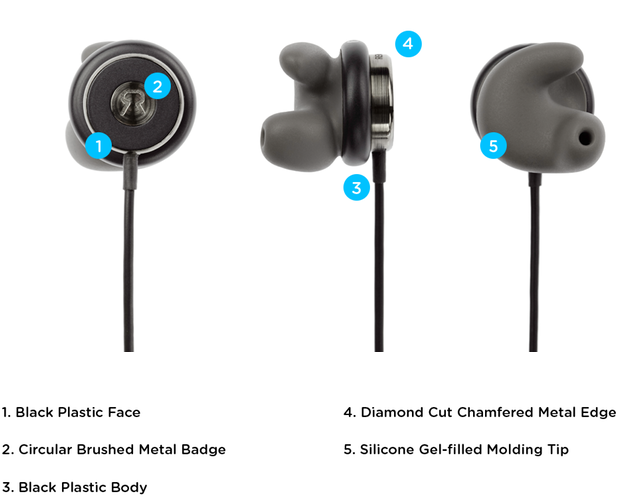 There is also an app that powers the in-ear mold and includes and equalizer and "adjustable soundscape," meaning you can edit what ambient noise makes it into your ears.

Do you want to only hear music, or would you also like to be aware that you're going to be hit by a car? With the Revols app, you can customize all of it. To learn more or donate to their Kickstarter, check them out here.

Check out These Guys Can Ship Anything in NYC Within 1 Hours on the Same Day.