In this time of need, people and organization are responding in all the ways they can to help each other. From supporting frontline health workers to assisting the vulnerable, there's lots of help going around.

We had a chance to connect with an individual truly making a difference. Last month, Frederick Joseph—author, entrepreneur, and organizer—has launched the #RentRelief Campaign on GoFundMe to help people make it through the pandemic.

Since the inception, he's been able to raise over $300,000 that gets redistributed to people as $200 payments that goes towards people's rents, groceries, and other living essentials.

The way it works is that people send in requests through social media. After having the request vetted and selected, recipients receive $200 via digital payment apps, such as PayPal and Cash App.

We spoke about his work prior to this, things he's learned, and what he hopes to see for the future of non-profits.

You mentioned you raised money on behalf of other non-profits in the beginning?

Yeah, so about two weeks before starting the Rent Relief Fund, I actually raised about $40,000 for the Food Bank of New York to help them with their needs around Covid-19.

Have you been connected with them before? What made you get involved with them?

No, I didn't have any prior connection with them. For me, when I see certain things happening, I just try to quickly get into action.

I asked, I think it was Twitter, who's doing the best work to help feed people, and people mentioned the Food Bank. I was like, "All right cool. So let's raise some money for them."

Keeping it simple and asking the people, because they would be the ones to know what organizations are making an actual impact. So what happened after?

After I raised the $40,000 for the Food Bank, I had a conversation with GoFundMe's team. They said they had an idea for potentially doing fund redistribution. So I asked, “What do you mean by that?”

Yeah. So we're at $284,000 now, trying to get to 300, and keeping it pushing. [Editor’s note, it’s now at $305K] It's an understatement to say, but there's a lot of need right now. I think that it's really evolved how dire the situation is, over this last month especially.

Have you heard from any of the people you’ve helped out? Did they reach back out to you and shared some ways that the Fund helped?

Oh, yeah, absolutely. So when we first started it, the need wasn't as great. I think on the first day, we still had about ten thousand people ask for help, but people were asking for things like, "I can use gas money" or "I can use money for..." not trivial things, but things that weren't life or death.

By the time people paid rent on the first of April, not only were people's stories evolving to "I literally need this money because my kids will go hungry otherwise and I don't know what I'm going to do," but people's responses when they got the $200 were representative of that. People were sending videos back to us crying and thanking us every time we just sent money. It's really been both heartfelt and heartbreaking to see, honestly.

I'm sure it's very humbling to hear all of those stories from people reaching out for support and actually getting it. Are you focused on New York or is it a larger campaign?

I can imagine it’s a lot to have to go through all those requests coming in globally.

It's been a lot, like the need and the requests have come from literally all over because everybody's hurting right now. And I think that Americans might be hurting more than some places around the world because we don't have the same social welfare programs in place to really help Americans out. But nonetheless, even if you're not in America, this is having a deep impact on you. 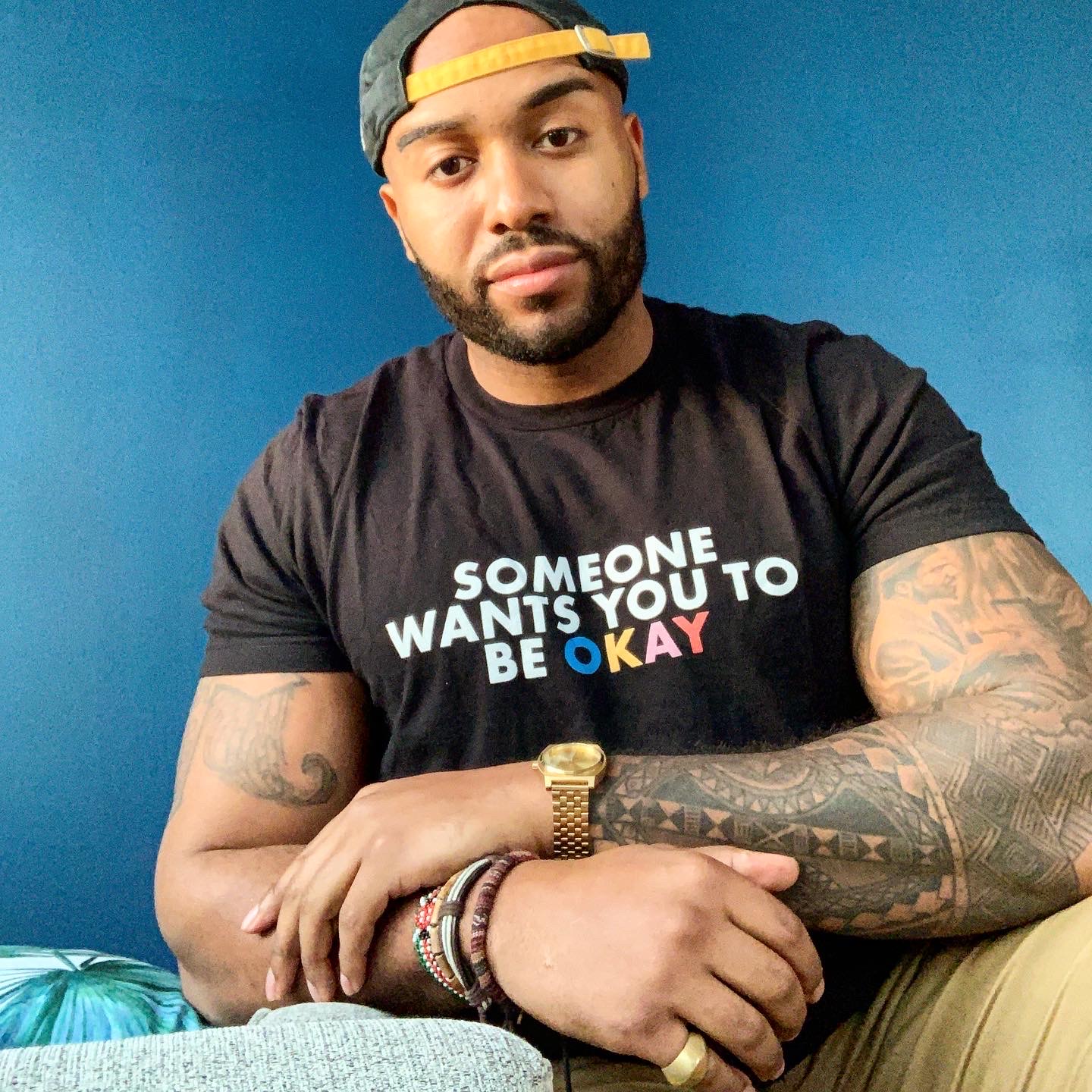 What's been a surprising thing you’ve seen as you've been doing this for the last month?

I think the most surprising thing is that a lot of people don't understand how poverty-stricken some Americans are. There's been people who have responded to the campaign and said, "Oh well $200 is nothing."

This is while there are other people who are receiving this money, or asking for money, who are like, "I would be happy with $20 because I literally have nothing in my account. I have no way of eating anything tonight, so I'd happy with anything." It's just very interesting how much of a lack of understanding people with privilege in this country have.

Yeah there's a huge disconnect just between the classes of simply the reality of living in America. And like you talked about the idea that there's less safety nets here, so even that contributes to this disconnect of how much $200 can really change someone's life, especially in a time of need. So you've had people reaching out to you from a negative standpoint by questioning the value of the campaign?

Yes there's been a few. It's just that people don't understand the magnitude of helping somebody with a few hundred bucks. My response to those people is simply, "Look, I've been poor before. Like, very poor. I grew up in an extremely poverty-stricken area and if somebody would have given my mother $10 (and you're talking about 25 years ago) it would have honestly been a lifesaver in many instances." So $200 for a lot of people is the difference between them and their family eating for the next month or not.

Yeah, some people don't know how much one can stretch $200, and how it can really feed a family. Obviously, it's not going to be the best quality food or anything, but it'll keep people fed. So as I know, you've done work in politics with Elizabeth Warren. Have you taken any of those insights, experiences, or connections back to the Rent Relief Fund campaign?

It's interesting. I think a lot of the connections I've leveraged are for amplification, like sending it off to people who have large followings, access to certain amounts of money, and things of that nature. But the reality is that a lot of elected officials and people in the political sphere are more focused on how they can build their own profile during this moment than immediately helping other people I've seen and that's sad.

Well I know there’s been talks of certain local politicians who have been pushing for a rent freeze, for example. Has there been any positive movement or progress there?

Well, that's the issue that there hasn't been much. There were major pushes for two things. There was a major push for suspension of rent. There's also a major push, before the stimulus package bill was done, for student loan cancelation.

So neither of those things happened and obviously it's a lot easier, you would think, to get a rent suspension just because there's an immediate need for that. But realistically, only Democrats have pushed for it and, even more so, it's been predominantly progressive Democrats, not even the moderate Democrats.

Sounds like that's the perennial problem of politics: whose interests do the politicians at the end of the day represent. What about you? How are you managing the whole campaign? How are you keeping yourself filled with energy and creativity?

I’m lucky to have support. I have a ton of help from my fiancèe. She's a joint mind really to have on the project. I also have a myriad of other people who have worked with me in the past helping do some of the logistics in the background, because it's not just a matter of giving out money.

It's also fundraising. It's also behind-the-scenes logistics to make sure people are vetted. It's also keeping track of who got what, when they got it, and all the banking things that come along with that. So I'm lucky to have a team that's as invested in helping people as I am.

I think, though, the one issue is that being like the face of it becomes a little daunting at times, not even because of the work, but because of the expectations. At the end of the day, you can help 50 people a day if you give out $10,000 a day. $10,000 a day is not nothing. But it's still only 50 people. So for every 50 people that you give to, there are 5,000 who are clamoring for that same help.

Yeah I imagine your DMs are blowing up, too, with people asking for help. That also sucks where you can't help everyone, and you obviously want to help everyone you can, but there's still a limited amount of resources that you yourself have to actually give. How have you been dealing with and maintaining the transparency?

I mean, that's pretty easy, because every time we give out money, especially like on Twitter it's super easy. Every person I give money to, I post the screenshot immediately on Twitter. On Instagram, every person we give money to is put in a spreadsheet that GoFundMe also has access to. And then most of the transactions are posted on screenshots either in Stories or in an actual post.

That's one of the things that I was very focused on from the jump is making sure that people can see where their money's going. I think that's what helped this campaign be successful. Unlike giving to a nonprofit, for instance, where you can give $500 but you won't really know where your $500 goes per sè. It can go to somebody's salary or go to administrative costs, whatever.

And I guess something like this wouldn't have even been possible just 10 years ago. The advent and proliferation of some of these technologies like Venmo and Cash App has allowed this model to be possible where people can directly give to those in need. Do you see that this sort of model can evolve into a larger thing over the next few years and the way that nonprofits operate?

I would hope so. At least the transparent part of it. Using the digital space to not only fundraise but also directly turn around those direct funds to people. It's a beautiful thing. And like you said, it couldn't have been done a decade ago. But because we can do it now, there should be no reason, honestly, that nonprofits aren't more transparent in where money is going.

I'm not going to say that we're doing more than anybody else. But I do know a lot of the people who have received funds have said that they have applied for help from nonprofits and that they have never heard back. Like you have hundreds and hundreds of people saying that they haven't heard back from these nonprofits, whereas at least they know if I'm not responding to them, they're like, "Okay, well he hasn't responded to me, but I just saw him give somebody money two minutes ago."

Right, so they see that there’s activity going on. That’s one of the positive impacts of technology in general. Outside of having people contributing to the Rent Relief program, what message would you want to pass on to New Yorkers?

I would say get out there and just do something, especially if you're able to put the work in. And the work doesn't mean you have to go out and put a mask on and volunteer anywhere. It could mean just amplifying the people who are doing other work. That's one thing that I think people need to understand, especially in the digital age. Doing something could be as simple as helping people do what they're doing. Everybody has to have a hand in this moment of Covid-19 if we're gonna get out of it, frankly.

Well said. We truly are in this together. Thank you so much for your time Fred.