Tired of screaming, "The rent is too damn high!" like us?

Well, it's been a New York minute since we talked about how insane the rent situation is in the city, so here we are, back again to make your blood boil.

Let's talk about your income and rent increases.

Apartment List has compiled census data over 50 years and has found out, like anyone else living or wanting to live in NYC, that rent is absolutely absurd.

While nationwide income only increased by 18% since 1960, rent in New York City has increased 64%. Nationwide, cost-burdened renters went from 24% to 49%, so don't worry, we've only doubled our problems since then.

Now, you might be saying, "Well, that's a large amount of data. Things have to be getting better, right?"

Thinking that's not the case in other popular cities? You'd find those same trends repeated in cities and states across the country. In fact, since 1980, incomes in spots like DC, Boston, and SF have risen rapidly, but rents have increased nearly twice as fast.

The only urban areas where incomes kept pace with rising rents were Austin, Las Vegas, and Phoenix. We'd rather die throw ourselves in front of the L train than live in Phoenix.

There's also plenty of places where rent is just way too much, so you're gonna wanna know where the best spots are when you want to move (or just find a new place because of the monster rats that rollin' through).

New York City has the highest cost of living in the United States, but don't worry, San Francisco may take that awful title away from us soon. 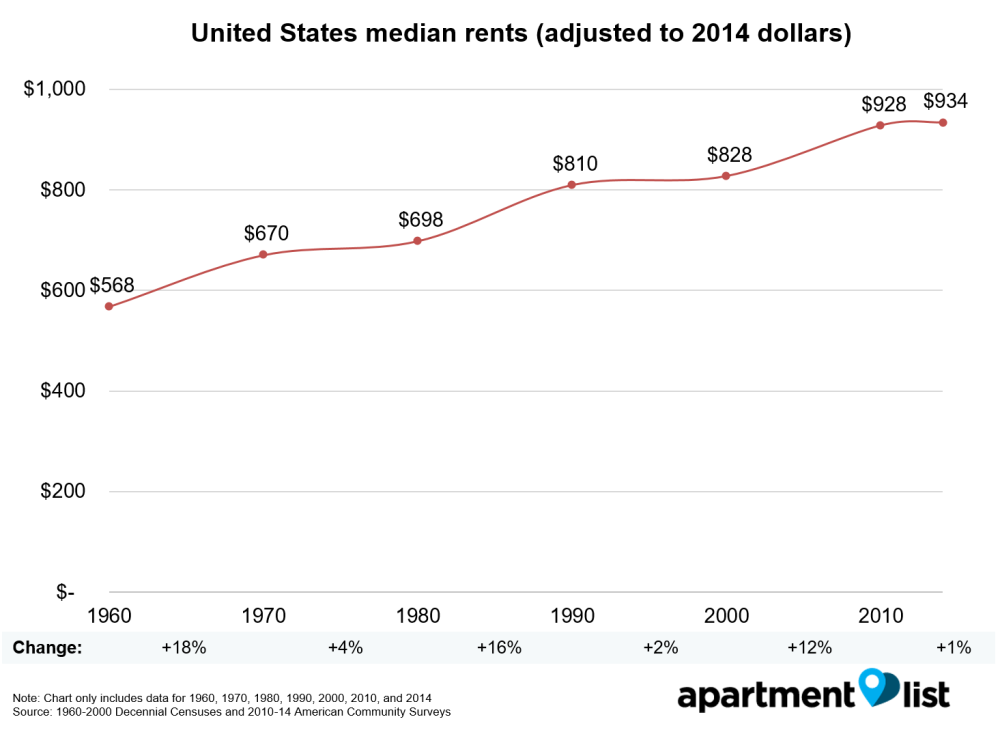 It's the reality of living in this city. You're going to have to pay one way or the other. And when you see what you're paying could get you around parts of the country you might question why you even bother to live here.

Well, not too long once you see what the summer has in store. Worse comes to worst, you can always live on a boat and sail around the city. It's only $300 a month.

Otherwise, it might make sense to squad up, so to speak, and find a roommate. A good one.

And good roommates are hard to come by. That’s not a joke. But you should never leave an apartment you love simply because finding someone sensible to rent out a reasonable space with you is too hard. That’s why there’s Roomi.

Roomi knows how stressful finding a housemate who’s not a sketchball is. That’s why their listing team is dedicated to sussing out the spam and the fake posts so you don’t wind up living in some kind of crazy sex kitchen (not quite sure what that is, but it’s not something we want to be a part of).

Download the Roomi app right here and find the reasonable roommate you’ve been longing for today. For free!

Check out 10 Beautiful Apartments You Can Reasonably Turn into Your First NYC Home.