Every New Yorker is familiar with the struggle of wanting to have a night out at the theater but not drop a crap ton of money. But what every New Yorker might not know is that some of the city’s biggest talent can be found off-Broadway (or, off-off-off Broadway).

The comedy scene is the city’s ultimate hidden gem – tickets are usually either super cheap or totally free, you won’t have to elbow your way through crowds of tourists, and you’ll be able to catch some of the best up and coming talent in NYC.

IRTE (Improvisational Repertory Theatre Ensemble) is just one of many comedy powerhouses in New York, and their unique approach to improvisation is not to be missed.

IRTE was founded by current artistic director Nanette Deasy, and features an ensemble of 5 core members who have been performing together since long before the organization’s inception in 2011. This ensemble includes Deasy, as well as Robert Baumgardner, William Berg, Curt Dixon, and Jamie Maloney.

The group “aims to create improvised comedy shows that are highly theatrical, thematic, and character-driven”, company member William Berg explains. Their performances are improvised, but the forms are highly structured, so as to be able to incorporate as many theatrical elements as possible.

It’s for this reason why props and costume are a huge part of their productions. It is not uncommon to see fake blood, streamers, silly string, and other absurd objects sprinkled throughout an IRTE show.

Their philosophy: the cheesier, the better. Berg says, “We love our cheap, dime-store props. It’s the signature of the company.”

It’s clear that a lot of effort goes into the planning and implementation of IRTE’s productions. Each season, the group cranks out 5 shows, all of which created from the minds of the ensemble members during their annual pitch sessions.

Once the shows are selected, the company invites guest players to join each cast, as well as musical guests, which rotate every performance.

The company’s current show, titled Big, Rich, and Powerful II, is a reprise of a former IRTE show and just one of many original concepts produced by the company - specifically, the brainchild of director and company member Robert Baumgardner.

It dives into the twisted and hilariously complex lives of a family that’s - you guessed it - big, rich, and powerful. 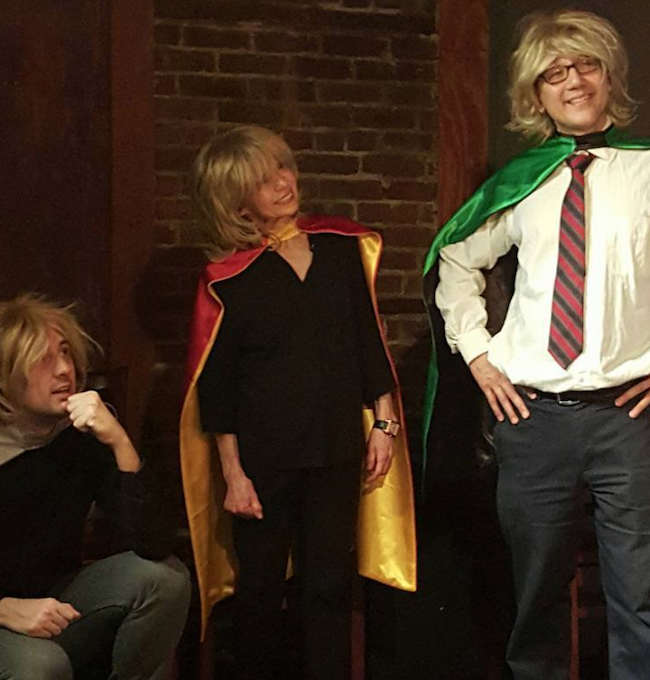 "The big get BIGGER, the rich get RICHERER, the powerful get even more POWERFULLERERER! ... but who Trumps them all? Witness the private lives of the titans of industry. Who falls from grace? Who marries up? Who moves to Washington? Find out on this improvised comedy based on the IRTE hit "Big, Rich & Powerful!"

It sounds kind of like the real housewives meets film noir– and as someone who's seen the show, I can tell you that it very much is, and that it does not disappoint. 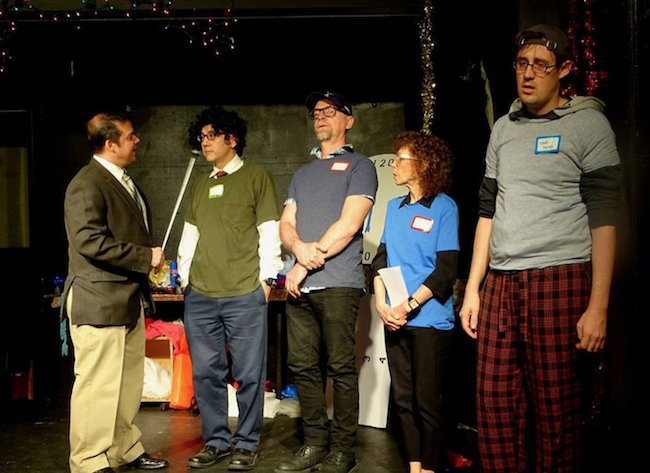 Each take on the role of a family member, each more dysfunctional than the next, and hilarity ensues. The show has everything you could ever want - deceit, torrid affairs, terrible wigs - all done in a gracefully improvised and cleverly executed way.

I was basically laughing from beginning to end, all the while remaining in complete awe of how seamlessly the company members worked together to pull it off.

Be sure to catch the remaining two performances at The Producer’s Club Theater on June 23rd and 24th, and check out their website, Facebook, and Twitter for more information and updates.