As a writer, I’ve had the opportunity to go on a lot of interesting adventures over the years. From embarking on a secret agent-inspired mission in the Mojave Desert to learning the art of taco-making from a tacologist in Mexico. I thought I had done it all, that is until I was invited to go on an expedition that entailed traveling to the end of the earth in order to find a special mushroom.

Why a mushroom you might ask? Well, it turns out that this coveted fungus, found on trees growing in the deep, secluded forests of Argentina’s Patagonia, contains the wild yeast that was used to brew H41 wild lager. With the creation of wild lager comes an entirely new style of beer with a whole new spectrum of flavors.

Seriously, who knew that stumbling upon a mushroom in the woods could lead to a groundbreaking beer discovery?

However, wild lager is more than just a new brew that's shaking up the beer industry. It’s a beer with a fascinating backstory that made me want to go to Patagonia just so I could immerse myself in the plot line. Although I’ll admit, the fact that beer was involved certainly didn’t hurt either.

This adventure begins with the story of some love-making yeast, a passionate scientist and a master brewer with a vision. 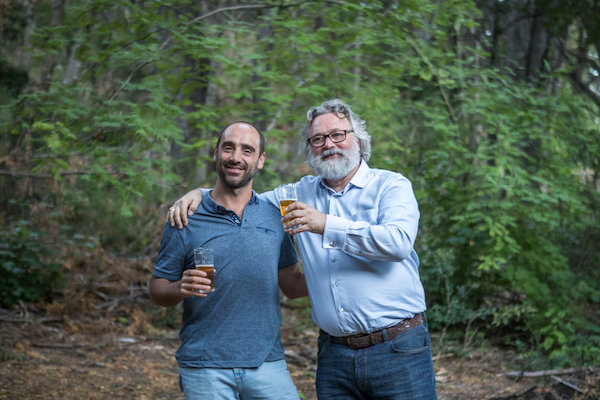 Yeast plays a key role in brewing beer, producing alcohol and carbon dioxide during the process of fermentation. “In the right conditions, this microorganism grows by cloning itself. But when placed in a less than ideal environment, it has sex and then two yeasts completely merge together,” says Heineken master brewer, Willem van Waesberghe.

In the case of lagers, brewers have always used a hybrid lager yeast, the consequent love child of an ale yeast and an unknown sexual partner. For over a century, the identity and origin of this unknown yeast species has remained a mystery. That is, until one fateful day in 2010 when Argentine scientist Diego Libkind stumbled upon a mushroom while walking through the forests of Patagonia. 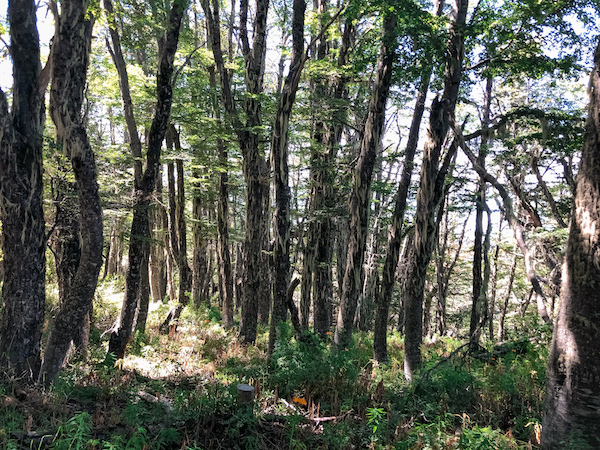 Libkind noticed that the mushroom, which had fallen from a southern beech tree, had the faint smell of alcohol. He immediately suspected that yeast was responsible for the odor, so he took a sample of the fungus back to his lab for further analysis.

It turns out that Libkind was right. The mushroom contained a wild strain of yeast known as Saccharomyces eubayanus. However, DNA analysis revealed that this wasn’t just any wild yeast, it was the mother of all lager yeasts. The long-lost parent of hybrid lager yeast had finally been discovered.

Libkind published his findings in a scientific journal, which soon caught the attention of van Waesberghe. “After I read it, I knew he had found the missing parent of our A-yeast,” said the master brewer. With the monumental discovery of this yeast, came the opportunity to create a whole new category of beer that's never been brewed before: wild lager.

According to van Waesberghe, “The discovery of a new beer style is something that a lot of brewers can only dream of. It’s the holy grail to find.”

However, the challenge of finding this yeast was just the beginning. Few brewers have dared to take on the daunting task of working with wild yeast, and even fewer have managed to tame this unpredictable beast. Despite the ill-favored odds, Van Waesberghe obtained a sample of the wild yeast and started working on a new beer. After two years of tinkering with the recipe, passion and perseverance finally resulted in a revolutionary beer. The first wild lager, dubbed H41, was born. 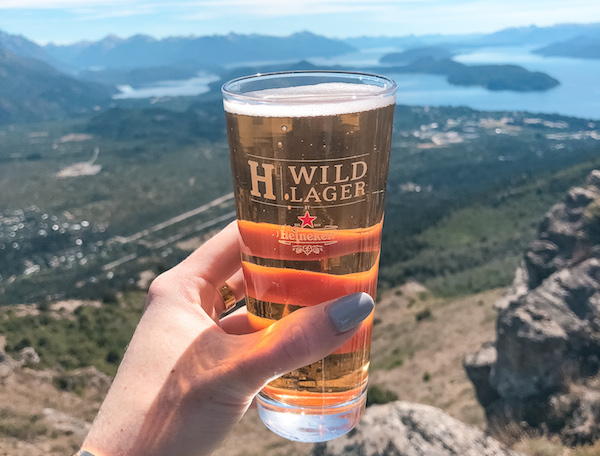 Now, it was my turn to retrace their steps and go to Patagonia to track down this coveted beer-making mushroom.

I embarked on my mushroom-inspired adventures at 4 AM, after dealing with overnight flight delays due to a massive snowstorm. Now, I know what you’re probably thinking and yes, combating winter storms, waking up hella early and flying to the end of the earth to find a mushroom may seems kind of crazy. But this wasn’t just any old piece of fungus, this was the mushroom that unlocked the secret to some seriously badass beer.

After a ten-hour flight to Buenos Aires, I met up with the other adventurers who would be joining me on this quest. The next morning, we took another (and thankfully much shorter) flight to Bariloche, a remote mountain town in Patagonia. 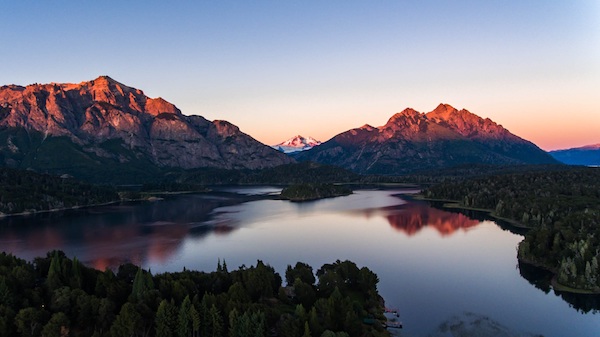 Shortly after landing, we headed to a nearby lake to meet up with the men behind the beer, van Waesberghe and Libkind, and experience the glory of wild lager for the first time. Each sip took my taste buds on an expedition into unchartered territories. It had a pretty complex flavor that was spicy and earthy yet subtly sweet and refreshing all at the same time.

Once we finished our beers, it was time to see if we could find some of these almighty mushrooms on our own. We headed to a nearby forest where the yeast is known to live among the beech trees. It was a stunning, lush woodland dominated by giant trees and patches of bamboo. We came across several mushrooms as we climbed to the top of a mountain, but it wasn’t the fungus we were after. 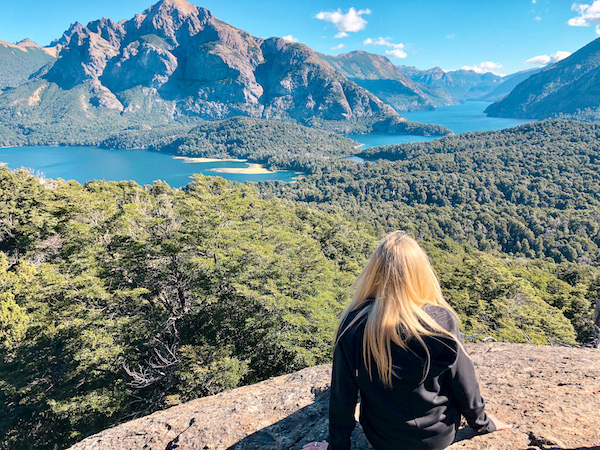 After an hour or so of hiking, we finally reached the summit. While we managed to score some amazing views of the surrounding lakes and snow-capped mountains, we had little luck when it came to spotting these elusive mushrooms. However, I wasn’t about to give up hope just yet.

We continued our quest to track down the mushrooms the following day. This time we hopped in 4x4s and climbed up a steep trail that led to the top of Bariloche’s Otto Mountain. This particular area seemed to be a bit more promising, since it had more of the trees that are known to harbor the mushrooms. 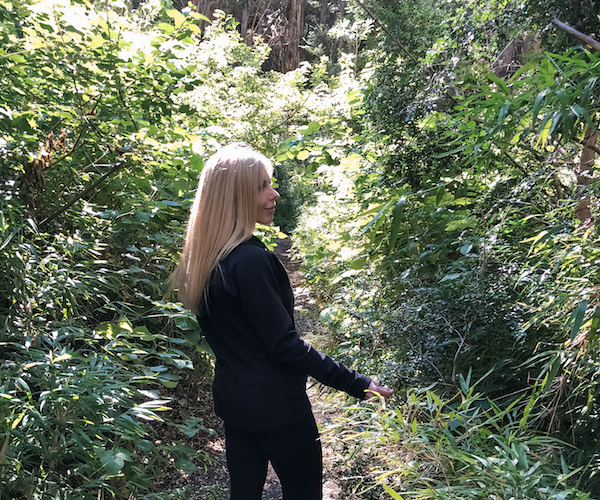 Despite our best efforts, we turned up empty handed once again. I felt slightly disheartened. I hadn’t traveled to the other side of the world to go home without seeing this legendary fungus.

Later in the day we made one last attempt to find these rare mushrooms, setting out into the forest near our hotel. As we walked through the woods, Libkind suddenly stopped and pointed towards the sky. There they were above us, clinging to the branches of a large tree! 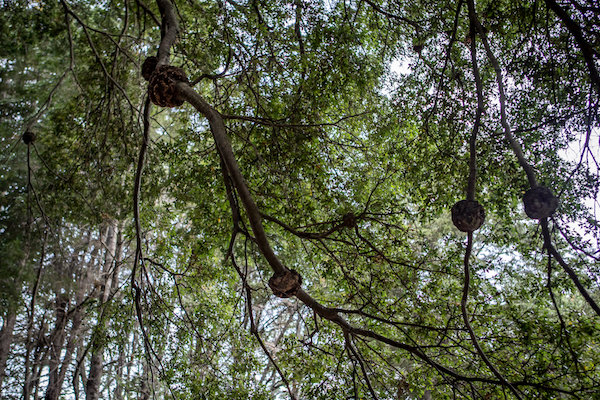 Some of the mushrooms had fallen from the tree and were scattered on the ground. I picked one up and carefully inspected it. For some reason, I had imagined a magical beer making mushroom to be a big, grand fungus that glittered and quite possible had its very own theme music playing in the background.

These legendary mushrooms were anything but. The fungus had a remarkably humble appearance, resembling little balls of dirt that could go easily missed by the untrained eye. No wonder it had taken so long for the sacred mother lager yeast to finally be discovered. 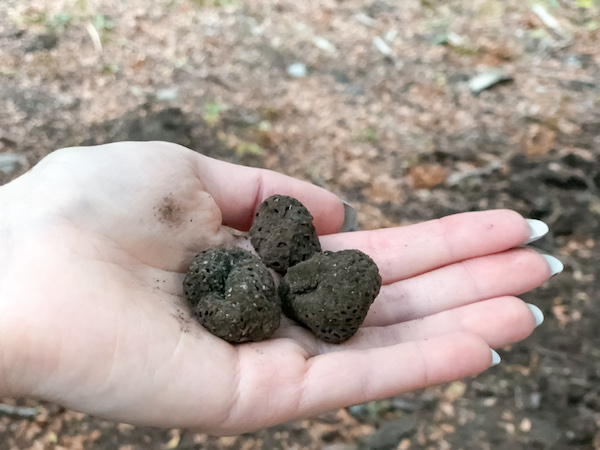 Despite its modest appearance, it’s pretty incredible to think that a mushroom not only had the ability to solve an age-old mystery that resulted in a revolutionary beer but also had the power to bring a group of different people from all over the world together to this very spot in the middle of the forest. 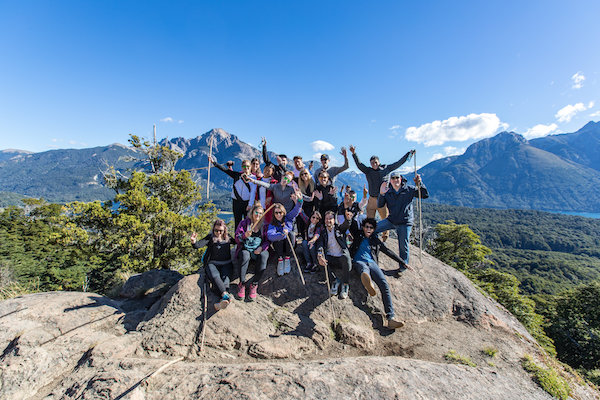 As I stared at the little ball of fungus in my hand, it made me believe that anything is possible if you have a dream, a lot of determination and a magical, yeast-covered mushroom from Patagonia.