Things We Didn't Know We Needed: There's a Collapsible Kayak That Fits in Your Backpack?!

No one in their right mind would EVER go swimming in the Hudson. So, the natural alternative is to float around on top of it in whatever floatation device is accessible and pray to all the deities that you don't accidentally swallow any water.

There are plenty of places to go sailing and kayaking in the boroughs and it is now even easier to enjoy some time on the city's rivers.

The coolest thing ever right now is Pakayak, which is basically a huge lego kayak that breaks down to the size of a backpack (okay, a 3.5 foot backpack but it comes with straps!) for your portable convenience.

Considering some of us barely have room in our apartments for two winter coats and most of us definitely don't have trucks to lug a full-sized kayak to the nearest body of water, these are a total godsend for the sea-faring.

The whole boat only weighs 55 pounds which is pretty light for a kayak but is proven to be sturdier than other collapsible models. The modular plastic pieces are also waterproof and once snapped together, Pakayak assures us on their website, leakproof (well duh, we'd hope so, right?).

Assembly isn't supposed to take any longer than five minutes, which a video on their kickstarter proves. Taking the thing apart kind of looks like those Russian nesting dolls.

So if you try one of these out, it won't be like the time you had to put together your friend's IKEA dresser. We're shuddering at the thought.

Unfortunately, these bad boys won't make it to the end of the summer party. They did absolutely crush their kickstarter campaign but the first deliveries are set for March 2017.

Until then, maybe go live on this rent-stabilized boat? 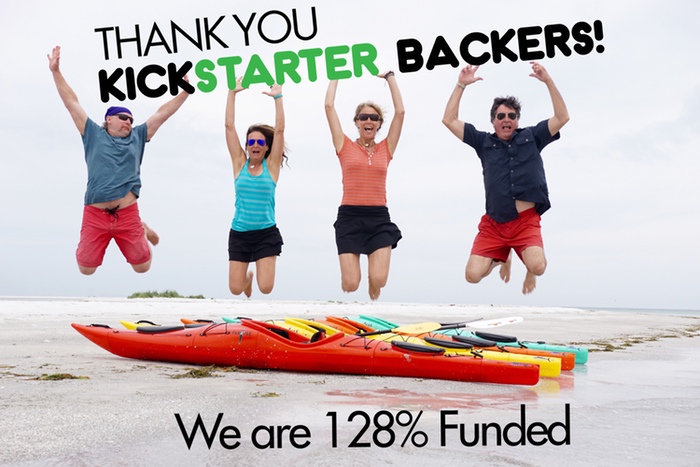