But like a pyrophiliac soaking in the fiery pits, it’s the blistering pain we beg for. 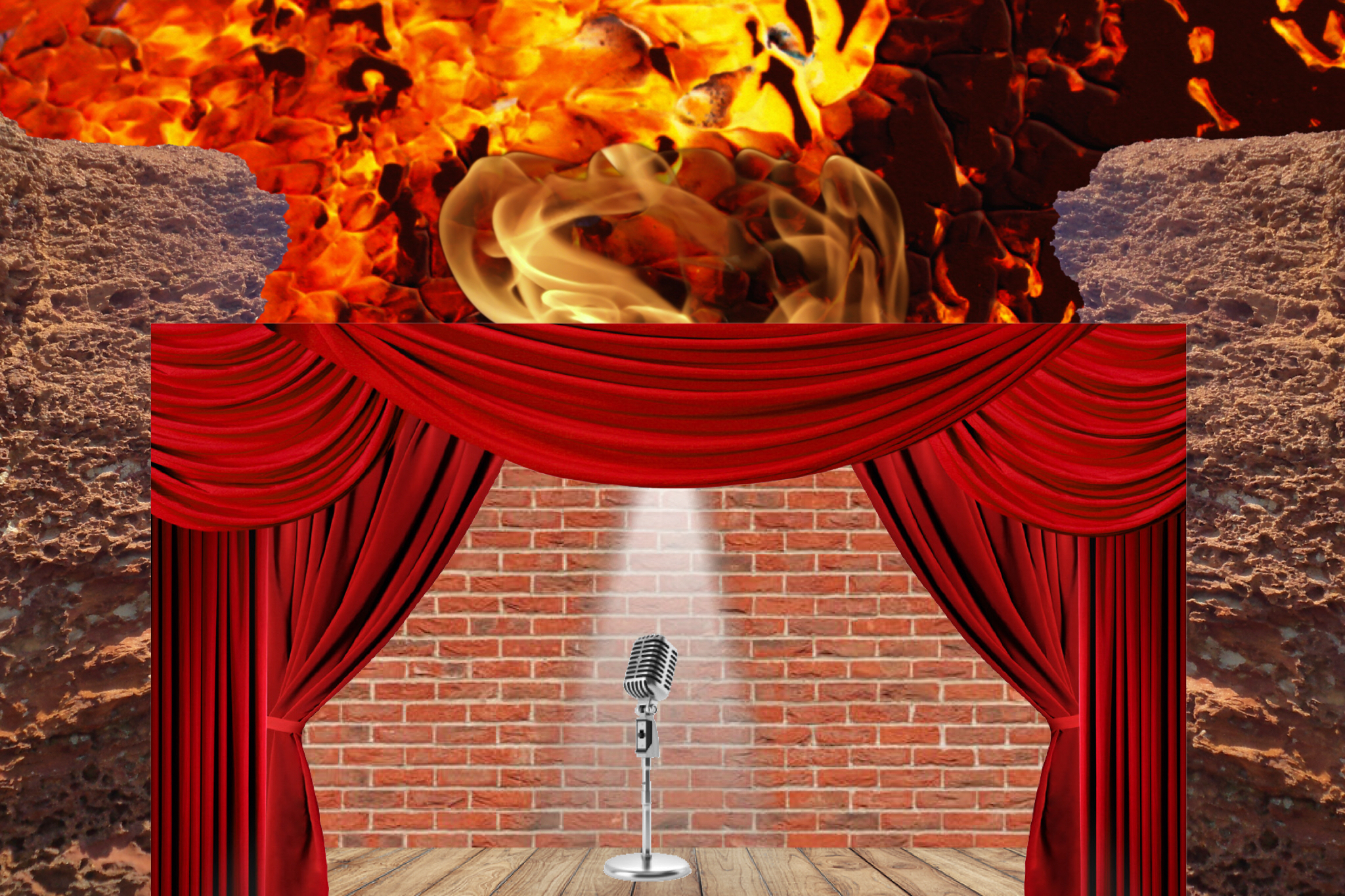 For the last few months, I’ve been hosting an open mic in New York City.

Well, technically it’s not an open mic -- it’s a booked show. But, as I’m constantly reminded, it’s so poorly produced that it could easily be mistaken for an open mic. So, I win.

These are the descriptions I’ve used to promote my last several shows. Note the trajectory of intonation as time progresses:

Week 3: “Jealous people complain about people doing better than themselves”

You may also notice the purposeful degradation of punctuation. Open mics will suck the spirit, wind, and grammar straight out of you.

Here’s the catch though - they’re necessary. It’s the hazing portion of rushing the STAND-UP fraternity, bonding you eternally with your comedian brothers and sisters. The main difference is that no matter how much money you’ve contributed, they’ll never provide housing.

Oh, and there are fewer people in the closet. Still lots of butt-chugging though!

So why are these open mics created solely for the purpose of practicing the art of joke-telling - such a dreadful, catch-22-like experience? Well, that’s easy -- it’s the comedians!

No one shows up to open mics except comedians, and we’re the worst audience members imaginable. We may look like we’re listening to one another, and may even occasionally crack an obligatory smile, but the truth is we’re all just mining time until it’s our turn to shine.

Comedians are, at large, a depressed bunch -- and now I’m almost convinced that it’s because of the gig. Though I suppose the anecdotes people share sometimes stem all the way back to childhood, so it’s hard to say.

It’s basically the classic “Which came first?” saga, without all the adorable poultry imagery.

Ask any comic if they would recommend doing stand-up and they will tell you just how awful it is. That right there is test number one -- which, in order to pass, all you have to do is swallow any remaining pride and respond with “Cool, know of any shows I should hit up?”

And there you have the comic circle of life -- if life existed inside a vacuum, and that vacuum was a colostomy bag.

So, before you embark on that stand-up comedy career you’ve always dreamed of, give yourself a little self-assessment.

If you batted a thousand on that scorecard, then what are you waiting for?! There are tons of open mics available to you every single day in NYC, all just waiting for the opportunity to appreciably devastate you.

Addendum: Some open mics are great! Most aren’t.

And *most importantly* -- come to mine! It’s like having a funeral in a basement, but with more tears.