We mean, it glistens, shoots up into the sky, and radiates our city's elegance. Sometimes it even blends in with the clouds. It's the tallest building in the city, and we'd even go so far as to suggest that it's the most stunning building in the city.

So when we caught a glimpse of the natural light show that sometimes blazes off the building's exterior, we had to catch our breath.

We didn't realize we could be more blown away by the beaming, giant building than we already were, but now it's stolen our hearts twice in the past week.

We were impressed by the announcement that Oculus, the World Trade Center's transportation hub, will officially open in March. Oculus will house more than 100 tenants, the all-stars of which will be Apple, Eataly, Michael Kors, and Kate Spade.

So yeah, like we said. Mind. Blown. Then, we caught a glimpse of the naturally occurring light show in the haze surrounding the building, and it was so pretty it hurt. It was so pretty it was like a punch to the gut.

It happens whenever there's a bright sun and mist in the air around the building.

Is there something divine about this naturally-engineered light show? We're going to leave that question up to you to answer, but we will leave some photos below for your marveling pleasure.

Please make sure you're sitting down before glimpsing these photos. The beauty factor on your computer screen is about to increase in a nearly painful, exponential way. 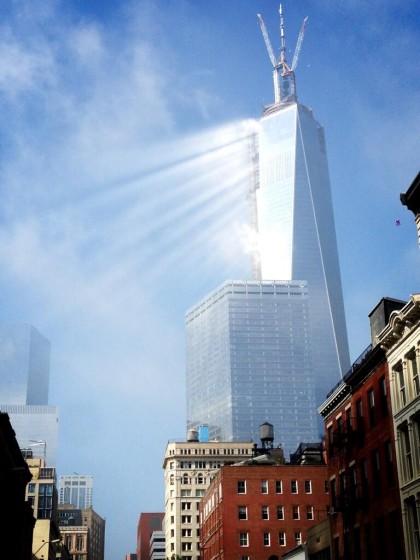 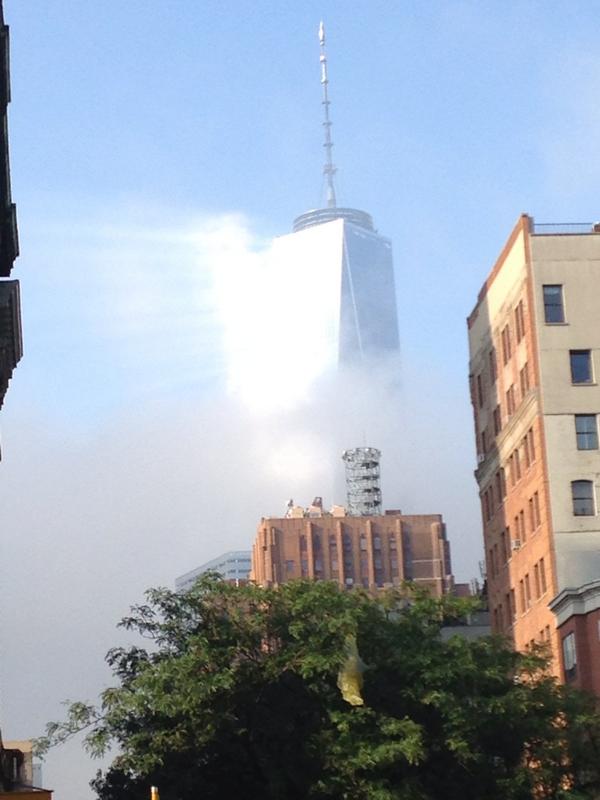