Did You Know There Used to Be 1 Cent Coffee Stands for Poor New Yorkers?

We love New York City's coffee carts. They're one of our favorite things about the city. Besides our lovely bodegas, of course.

Snagging a steaming hot, necessary caffeine jolt from the guy right outside our offices is more than excellent. It's even better to get a delightful greeting, and our daily order he memorized long ago for only a dollar. Sometimes, it costs $1.50.

Here's a cool tidbit: the dollar coffee we love so much today? It used to cost one cent.

That's right. Ephemeral New York reported that, in fact, all the pennies taking up room in our wallets used to actually have a purpose.

The first-ever coffee booth in NYC was opened on Ann Street off Broadway in 1887, right near City Hall and what were then the newspaper offices of Park Row.

The legendary cart was called St. Andrew's One Cent Coffee Stand. At this historical coffee stand, you could purchase a half-pint of coffee, milk, sugar, and a slice of bread for a single penny.

As you can imagine, the demand for this penny coffee was intense. Within a matter of months, four more one-cent coffee stands sprung up in NYC's busy intersections.

Their menus also expanded. Soon, you could buy cuisine like beef soup, pork and beans, fish cakes and fish chowder. Every item on their menu all cost that one single cent.

Can you imagine satiating yourself with a hearty bowl of beef soup for one penny? We certainly can't.

However, it wasn't commuters on their lunch break taking advantage of the opportunity. It was the city's down and out: "newsboys, emigrants, poor families, and street waifs," said a writer in Frank Leslie's Sunday Magazine from 1887. 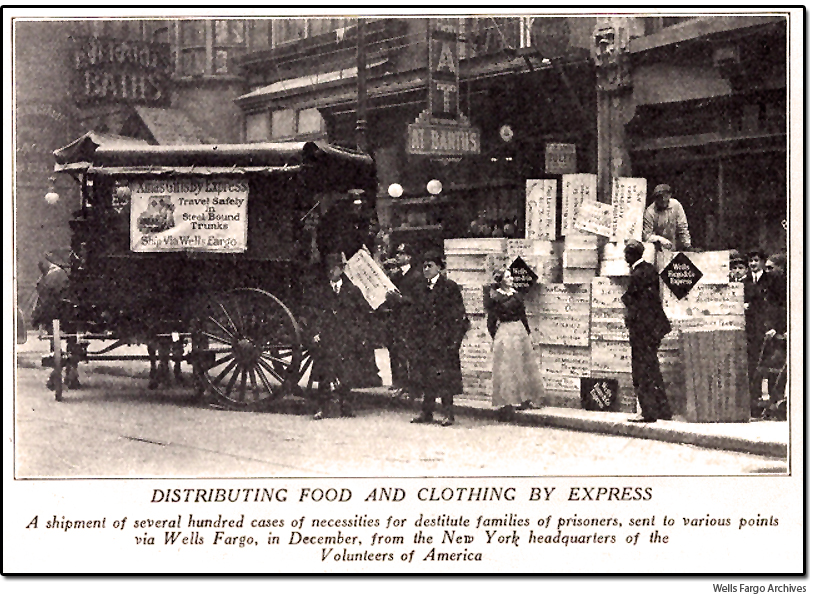 Clementine Lamadrid founded the stands to help struggling New Yorkers who were too proud to accept free meals.

At that time, the city offered just about no public relief or welfare whatsoever. So, a satisfying meal for a single penny was a pretty good deal.

Of course, there were dissenters. The Charity Organization Society, tasked with aiding the poor in exchange for work, may have been the first to articulate what's the most common argument against public aid today.

"[The carts] encourage idleness and make industry unnecessary. They draw into the city crowds of tramps and beggars," the Charity Organization Society reported in the The New York Sun at the time.

Still, the stands kept on keeping on until the 1930s, making a tremendous difference in the lives of hungry New Yorkers during its existence.

Since the cost of living here is more and more extreme, and since there are still plenty of New Yorkers who could benefit from such a service, we think bringing them back would be a pretty splendid idea.