Bye-Bye Bowery: Three of the Oldest Historic Buildings on Bowery Due for Demolition

In the never ending story of historical buildings in New York City being demolished to pave the way for more of the same crap we already have too much of, three buildings on Bowery were prepared for demolition yesterday, one of which dates back to the 1700s.

It's not a surprise to people who keep their finger on the pulse of NYC building developments, as the demolition permits were filed last May and sale of the properties has been mentioned here and there.

In the last year, these three properties have been sold twice making the first buyer a cool $2 million profit by flipping them to Emmut Properties for $47 million last month.

With cash like that at play, there's little anyone can do to breakwater the change of tides.

Emmut Properties' plans for the space are fundamentally self-defeating. They're planning a hotel and condo development for the 44,000 square foot replacement.

Said replacement will be divided between 30,825 square feet of commercial hotel space and 13,859 square feet of residential space. Basically, they'll end up with 64 hotel rooms and 21 apartments.

With more Manhattan apartment vacancies now than in ever in the last decade almost, nobody needs these units.

And any new hotel going up on Bowery is clearly aimed at grabbing money from tourists who want to experience the Lower East Side "vibe." 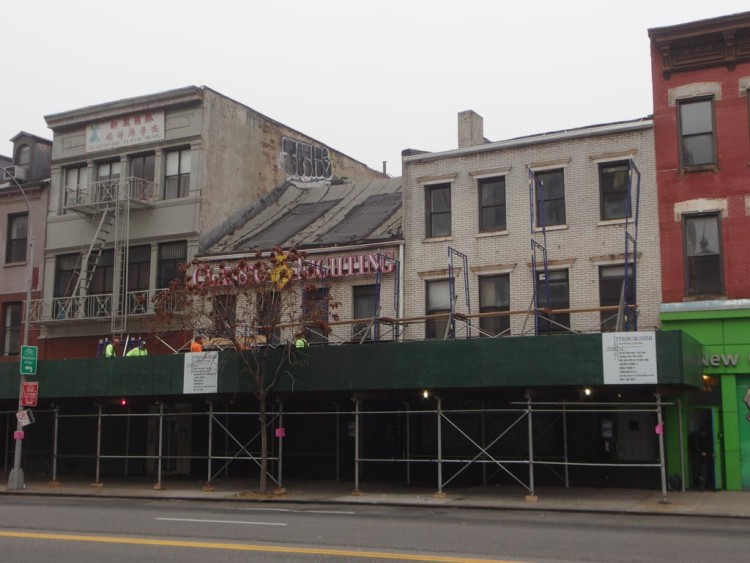 But the catch is people staying in the hotel might not know what's up. They're likely to ask someone on the street, "Hey where can I find a historical building or some cool architecture?"

And the New Yorker is likely to respond, "Once upon a time, your hotel was a two hundred year-old butcher shop building, but the owners removed the historic structural characteristics so they could legally demolish the building and put in 64 hotel rooms for people like you to come here and ask me these questions."

Check out Brooklyn Museum Will Be Free Every Thursday Night Next Year.