Nude Comics Will Roast Each Other at Skankfest 2017 in LIC

It's always exciting to see your favorite comics eviscerate each other. But in the nude, that's a whole other level of hilarity!

Come check out your favorite comics roast each other at Skankfest's Naked Roast at Long Island City's The Creek and The Cave on June 23rd until the 25th.

I'm assuming that's completely acceptable in every way, as you enjoy comedians stripping down to throw the harshest insults at each other.

Attendees get access to more than just excellent stand-up acts. They can check out live podcasts of Legion of Skank, Kill Tony, Tuesdays with Stories and more. After, you can stop to get a tattoo you will probably regret the next day.

Then, show off your sick tattoo to the comedians at meet and greets. When all of the laughing makes you seriously hungry, pick up some yummy food and good, cheap booze.

Sadly, tickets are all sold out, but you can try your luck on Twitter. Skankfest is selecting a random Twitter follower every Friday to receive two free VIP passes. 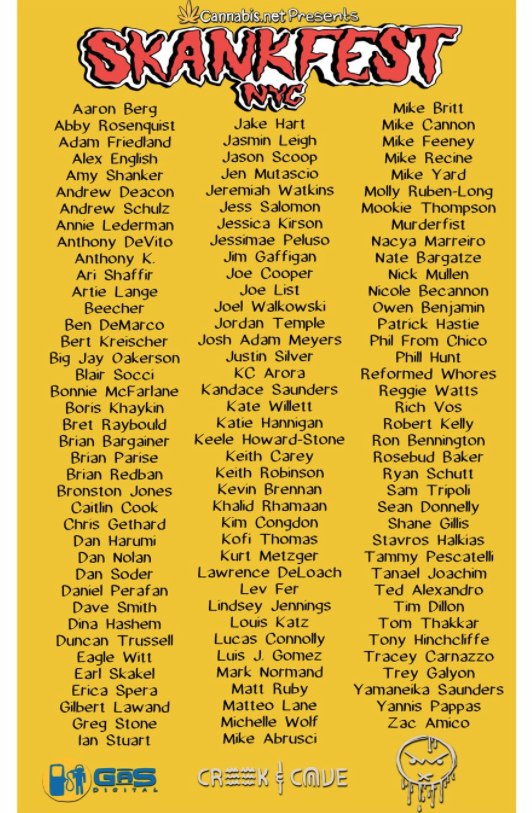 So follow @skankfestnyc now to win a free boozy night of fun with your friends! But don't get so drunk that you try to become friends with the comedians. You might scare them or really embarrass yourself.