Finally, the Subway Explained in a Way Tourists and Transplants Can Actually Understand

The subway is difficult and complicated. It's a system of 22 lines running between 469 stations, crisscrossing, leapfrogging, and swerving around more than 840 miles of track, 24 hours a day, every single day.

In 2014, 1.75 billion people rode the subway, which seems like an incomprehensible number until you try to ride the L train at rush hour, and then it makes sense. Still, it stands to reason that the subway would be a daunting thing to try and understand.

That's why we're so thrilled that someone finally made a subway map that makes the subway so, so easy to understand.

That person is Milo Beckman, and he's designed maps that make the swirling, complicated, confusing vortex of the subway into some pretty simple pictures.

He does this step by step, and each step builds on the other, so that by the time you get near the end of Beckman's explanation, by the time he states, "starting around 53rd, a handful of trains peel off toward Queens," you kind of feel like you're there with him.

You're kind of nodding saying, "Hmm, this makes sense." Which is something no one has ever said about the subway until now.

Beckman starts with the simple rectangle of Manhattan because, as he reasons-- and it makes perfect sense when you think about it, "Manhattan is pretty much a rectangle."

Then, he explains crossing town, saying, "You can go crosstown at 14th and 42nd, two important streets in the city," and illustrates that crosstown with a horizontal line representing the 7 and L trains. 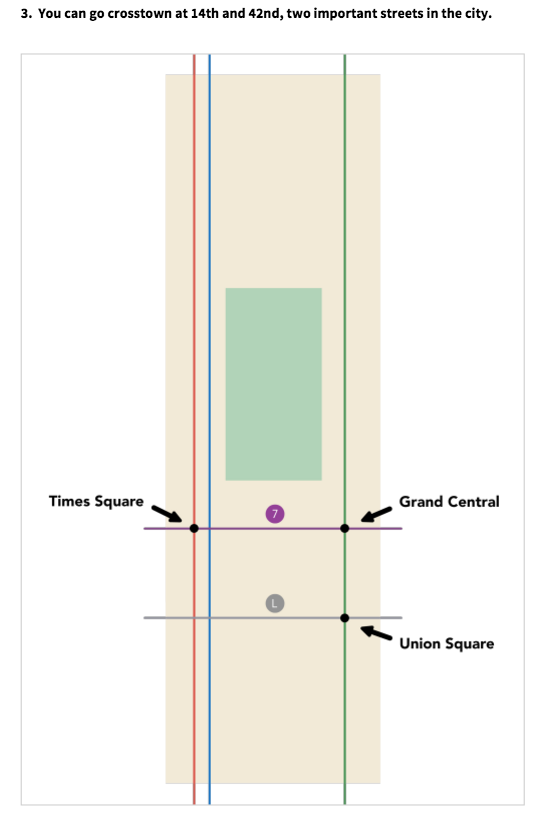 Around step 4 things get complicated, with the N, Q, and R trains running diagonally at Herald Square, but by that time it doesn't matter. By that time we understand.

We'd like to thank Milo Beckman for breaking down the subway in a way we could understand, and if you're a tourist or a transplant and you want to save yourself a lot of time puzzling over the subway map, check out Beckman's map here.

Check out 9 Weird & Meaningless Things Only New Yorkers Ever Get Excited About.