Keep the Change: Was NYC the Lowest-Tipping City in the Entire Country During Jonas?

Did you order delivery during Winter Storm Jonas?

We hope that you tipped generously to the people who traveled through the blizzard to deliver your food. We really hope you did. We told you to do at least that much.

If you were like the average New Yorker, you tipped 17.3% on Saturday during the heart of the blizzard, more than any other city affected by Jonas.

Data collected by Grubhub compared tippers from New York City, Philadelphia, and Washington D.C., and discovered that all cities (thankfully) tipped higher than their typical average during the storm.

The data shows that New Yorkers tipped their average, 14.2%, at the beginning of the storm (Friday night), we can politely point out that the snow didn't really start until later in the night, so those numbers might be skewed from pre-Jonas deliveries.

During the storm, New York was pretty much shut down with a travel ban forcing people to stay indoors. Daily Dot indicates that the steep increase in tips might have resulted from people trying to get their meals delivered prior to the travel ban's 2:30 p.m. start. 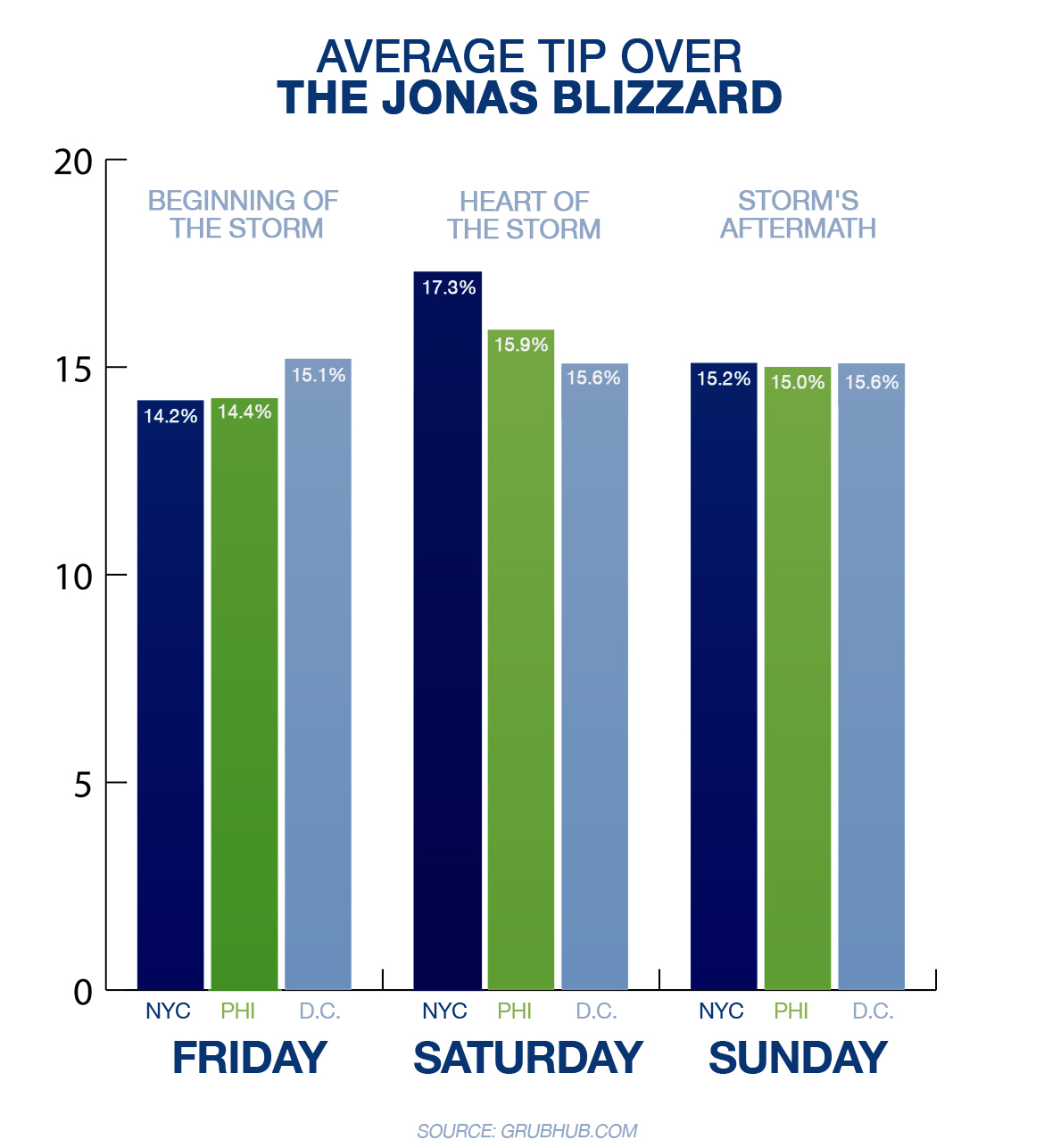 While we're certainly proud to say that New Yorkers reached into their pockets more than our neighboring cities during Jonas, we're a bit dismayed at the average tip amount for delivery.

While Gizmodo recommends tipping at least 50% during snowstorms, we're going with a generous 25-30% as a starter, standard, have-a-heart level of snowstorm gratuity. Jonas was kind of a big deal, and the people trudging through the snow and wind to bring you your food deserve a hell of a lot of credit.

Check out Did This Past Weekend's Snowstorm really Lead to More Baby-Making in NYC.