Early Onset Nostalgia: The Original Set of Emojis Will Be Soon Be on Display at The MoMA

The Museum of Modern Art's permanent collection holds almost 200,000 pieces of modern and contemporary art, only a fraction of which are displayed.

However, some works must be available to the public– Van Goghs, Monets, and now, emojis apparently.

The MoMA has just acquired a tasteful selection of emojis that will be on display in their lobby starting December.

Not just your basic b*tch frog + teacup combo (although, of course, we can only assume it will be added to the ranks in a couple decades), but the original 176 symbols released by Nippon Telagraph and Telephone (NTT).

So if you're already someone who walks around the MoMA like ??????? then this probably won't change your opinion too much. We get it, your niece could tooootally re-create that Jackson Pollock.

NTT's emojis were released in 1999 but as reported by TimeOut NY, they were an extension of emoticons that people had been using in e-mails since the '80s. You know, ;P, XD, o_O, etc.

But seriously, now that emojis have been officially classified as #art, doesn't that make your text messages a little more creative, even if your mom obviously doesn't understand how to deploy the sassy girl (information desk person, WHATEVER) properly? 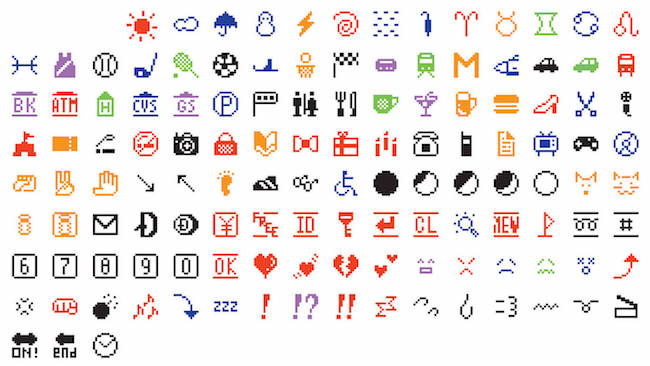 Check out the MoMA's website to plan yo' visit.