MTA Proposed a New Subway Line... Despite Their Inability to Finish Literally Anything Else

Okay, it's time for an intervention.

The MTA has a lot going on right now.

But somehow, $5 million has been put aside to look into extending a subway line down Utica Avenue to Marine Park.

According to secretNYC, the MTA will get their verdict on funding from the federal government for this plan on October 1st.

This is pretty odd, considering the MTA has already struggled to get funding for the aforementioned current projects.

Maybe that's why our commute is gonna be $6 both ways next year. Faaantastic.

Sure, extending a line to Marine Park would definitely help out the Brooklynites over there as Brooklyn Daily pointed out it's definitely a subway-starved area just like First Avenue.

This idea isn't actually even new, its been around for about a century now, which begs the question, why now? 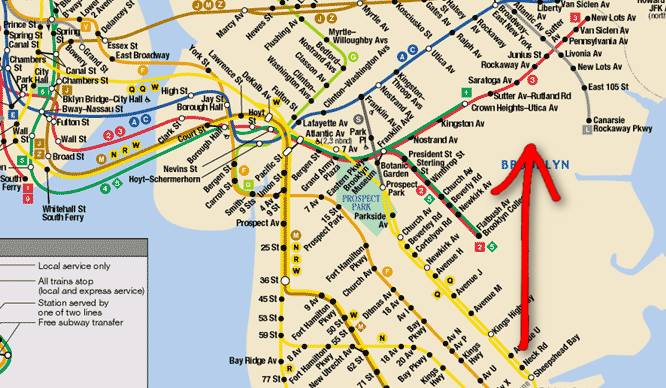 “This will never become a reality because it will take billions upon billions, the community will probably be put into disarray — you will have to displace businesses, residents, streets,” says Dottie Turano to Brooklyn Daily.

“I know the ridership has increased, that’s why they put in the Select Bus Service line. Spend all that money on actually improving what you got.”