Hoverboards are now banned. According to, you know, posters in subway stations.

Everyone knows subway station posters can be really threatening when they need to be.

Mashable reported the ill-fate of these pesky hoverboards. The U.S. Government declared them unsafe, and most high-profile retailers have removed them from their stores and online.

Now, the MTA has taken up the charge, deploying a series of posters warning commuters not to use, or even carry their hoverboards while on MTA property.

Now, they look almost exactly the same as all the MTA's other posters. You know, the ones that advise people to give up their seats to the elderly, not to eat on the train, and not to hog the poles.

You know, the posters absolutely no one listens to.

Most of the "Hoverboards Not Allowed" signs can be found in the underground areas of subway stations, and at the entrances to the Long Island Railroad.

"Hoverboards not allowed," the posters read. "You cannot bring one into the subway, onto a bus nor into rail cars or subway stations. No carrying, no standing, no riding - no exceptions."

If you're wondering about the poster's logic, don't worry. It explains itself.

"Hoverboards may be the latest fad, but they are not safe because they have the potential to catch fire," the posters read.

The posters are then translated into five different languages, because it's clear the policy makers at the MTA didn't want any confusion. 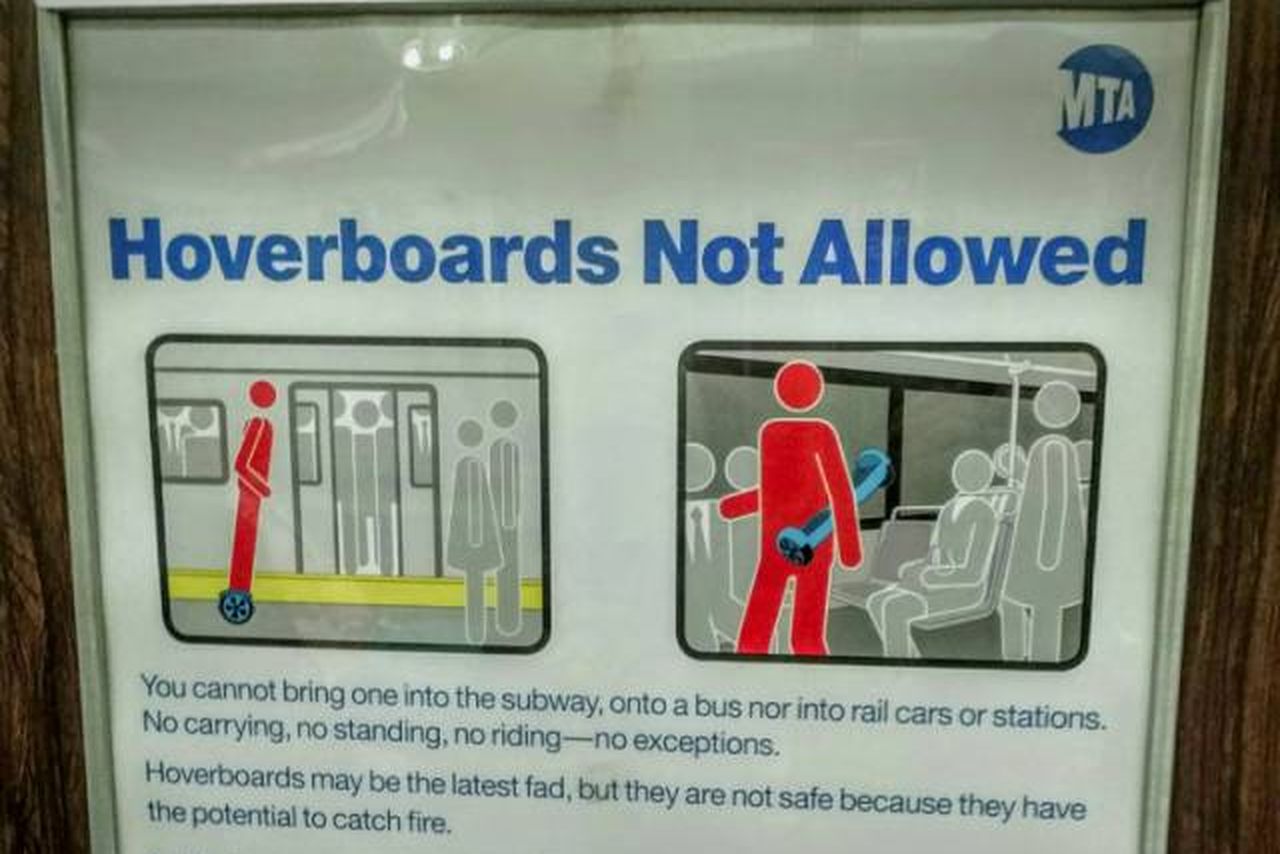 They didn't want any tourist to think it's okay to use hoverboards on the grounds of "not understanding the poster."

The MTA warned commuters about the safety hazards of hoverboards weeks before the government safety notice.

However, we don't think it's a coincidence that days after the U.S. Government released a safety notice regarding hoverboards, these MTA signs have started springing up.

Do we really think the MTA is planning to exercise justice against people who disobey the new hoverboard rules? Well, it's possible, but only in a very small number of cases.

Still, hoverboards are dangerous, and they're also not that cool. So, we should all just stop using them.

Check out the Most Expensive Train Station Ever Built in NYC.