Move Over, Apple! KFC Has Started Using Facial Recognition to Pay for Your Food

Are we in the future yet?!

First they invaded our airports, now they're taking our fried chicken joints: identification by face scanning is all the rage these days. Is anything sacred?

A KFC store in Hangzhou, China just introduced "Smile to Pay" facial recognition software so that customers can leave their wallets at home and just smile to get that chicken fix. It's the world's first store to embrace such technology.

This isn't your average KFC, either: It's the chain's new KPRO location, which aims to provide healthier alternatives to its typical fried fare like fresh salads and sandwiches.

Here's how the system works: you place your order at a kiosk, then freeze in a motionless position as your face is scanned -- don't forget to show off those pearly whites! When there's a confirmed match, you enter your phone number as an extra precaution against people trying to cheat the software.

Wondering why the fast food giant invested in such complicated software just for its patrons to snag some cheap grub? It's a pretty explicit effort to target the younger tech-savvy generation that is expected to drive China's market over the next decade. 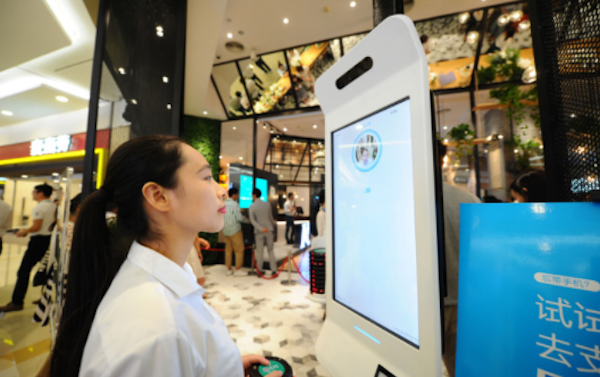 But we've seen enough sci-fi movies to know the potential this kind of technology has, and it's not pretty. Eagle Eye, anyone?

What could possibly go wrong?