Time for a Change: Did You Know Your MetroCard Could Be Completely Obsolete by 2021?

We're all familiar with the MetroCard struggle. Even if you're a veteran New Yorker, there is still the occasional moment when your MetroCard decides it's just NOT going to let you live your life today. Heck, even Hillary Clinton struggles with it.

What's even more frustrating is the fact that this system seems so completely outdated. Seriously, it's 2016 - hoverboards are so ubiquitous that the MTA has posted a notice specifically targeting their ban in and around subways, but we still have to swipe a card to get on the train?

It just doesn't make any sense.

Luckily, though, the MTA has announced plans to slowly but surely move into the 21st Century.

They have officially released a public bid for a mobile ticketing system and are looking for vendors to complete the project.

Basically, you'll be able to kiss your MetroCard goodbye and simply tap a card or mobile device against an electronic reader to gain access to public transit.

Unfortunately though, we won't be able to see this plan in action until at least the year 2021.

It's annoying, but makes sense when you consider the fact that the New York City subway system consists of 34 train lines and 469 stations, all of which will require a complete revamp of each turnstile. Needless to say, it's going to be a ton of work.

These changes aren't going to come cheap either. The MTA is allegedly shelling out at least $10 million for the project, and back in 2014 the MTA's board of directors predicted it could cost up to $450 million. Yikes!

This also begs the question of which company will be lucky enough to win such a lucrative contract. MasterCard, Cubic, and Masabi are all being considered contenders for the project-- MasterCard in particular, given that they have previously assisted the MTA in the test runs of this new venture.

Either way, we're just psyched that these changes are happening and that the MTA is finally moving into modern times. 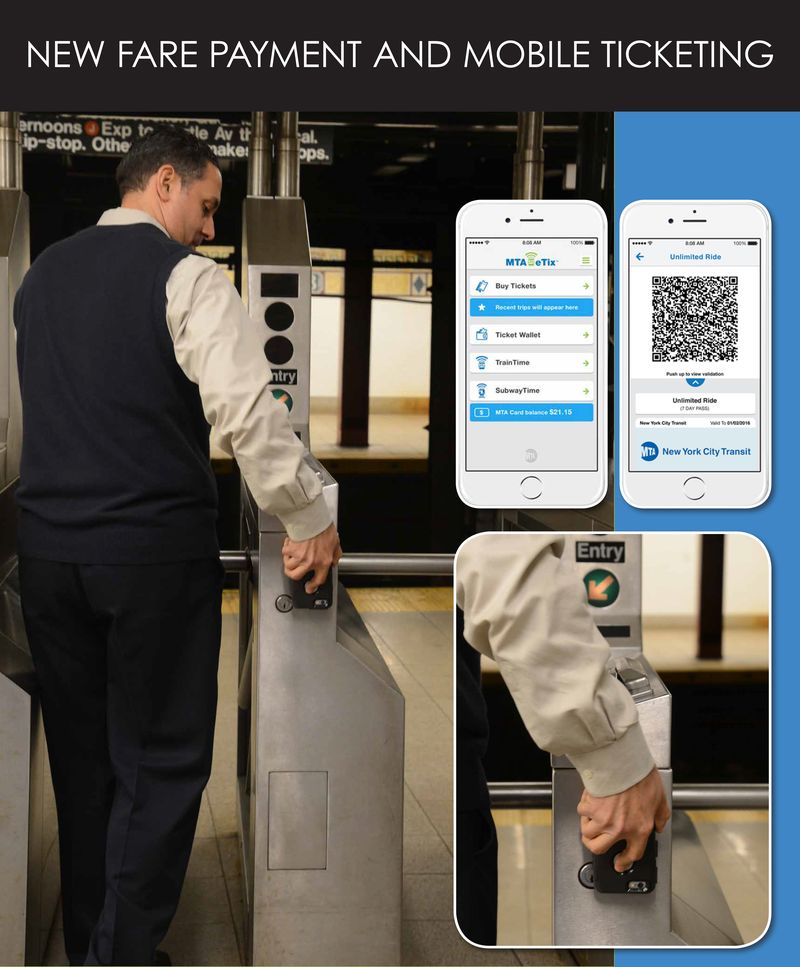 Check out The Pepsi-Cola Sign Is Now Officially an NYC Landmark.