What's the Meme-Ing of This? How We Use Memes to Better Express 🃏♨️

It’s 2018, and billions are connected around the globe through the Internet. All over, folks like you and I tap into other parts of the world instantly through a phone, tablet, or computer.

As consequence, we are creating ways to communicate that transcend typical language: memes. They hit us deep in the feels, a place where we know what we want to say, but don’t exactly know how to say it.

These lil’ memers combine elements from multiple sources to express ideas that don’t come across the same way in plain text. They often exist just to make you laugh your ass off, although some can be quite poignant.

In the early 2000s, the internet’s uprise struck the new millennium like a dose of penicillin after a questionable night on the town: meaning it was quite effective. Internet users grew accustomed to this new facet of their lives through the world wide web, and it elicited a voice that didn’t exist before.

In short, there is a beautiful depth to these visuals that help express the human psyche through nuance and sarcasm, and it has grown to be unlike any other form of communication. 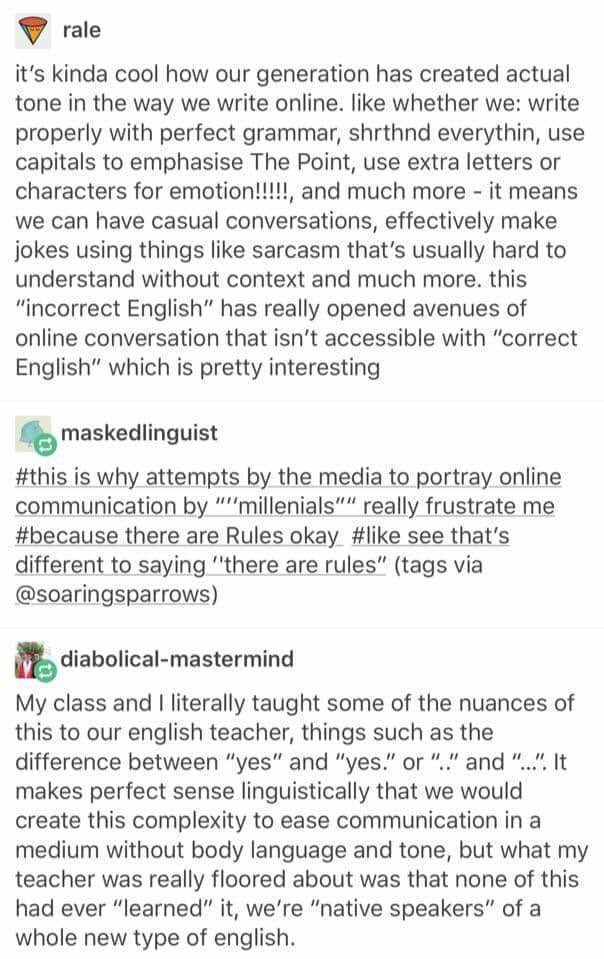 People’s feelings are inherently jacked up on steroids once funneled through the internet, and a lot of the time these feelings are expressed in meme-form; sometimes acting as an anxiety outlet for those who aren’t comfortable with communicating.

The double entendre of memes allow people to speak on multiple levels at once, while also promoting levity.

The FBI agent meme about being watched through your webcam is hilarious and relevant to modern culture’s big brother privacy issues, hopelessly romanticized non-affection, and even anxiety about potentially being creeped on 24/7. 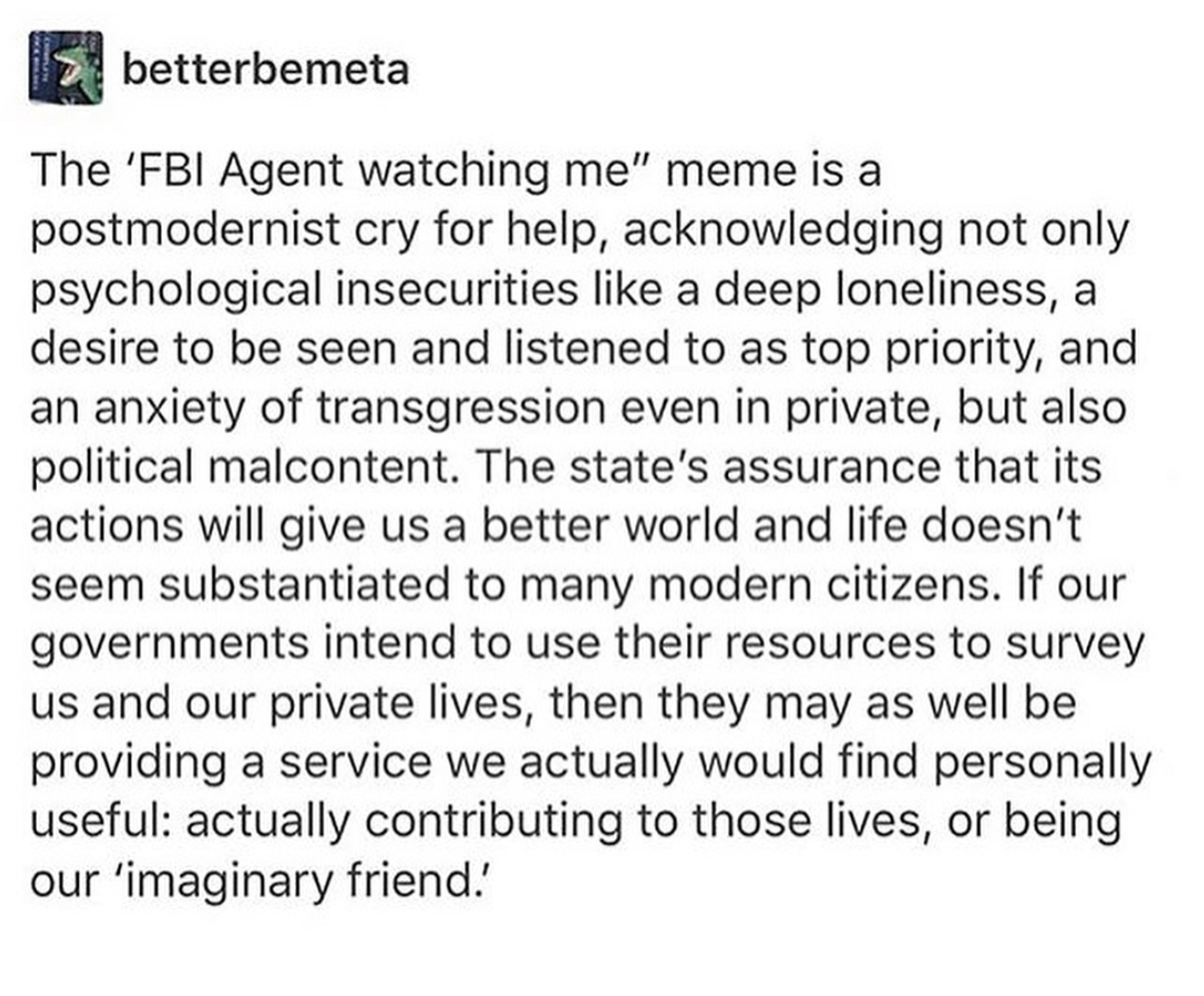 Then there’s the good ol’ Drake meme that shows a comparison between two things, where one is more desirable than the other, and the irony is SO GOOD. But the point is that there is an acknowledgement of favor through the meme.

So how come it’s easier to post something merely related to our emotions rather than sharing the feelings directly? Do people fear judgement? Exhibit character weakness? Is it because it’s sometimes difficult to communicate with one another?

All of the above?

I think that regardless, online humor fills a vast societal hole. A hole that exists due to a lack of physical networking.

Comedy has always been essential to counterbalance anxiety and depression, and the comedic element of memes seems to create a safe outlet for the manic and anxious.

Laughing at a friend’s Facebook post can break the ice and prompt you to engage in a conversation that you otherwise never would have had.

Brad Kim, head editor of the meme-cyclopedia ‘Know Your Meme,’ explained meme culture as a "creative process with the creator's ego taken out of the equation."

On a day to day basis, memes now act as a collective narrative as current events unfold. These societal ‘meme-versations’ hold the power to express opinionated views, which elicit feelings from people that are either beneficial or problematic.

It’s a double-bladed troll sword if you will. The web is much powerful. Very opinions.

The Verge article also mentions how Kim says that memes have zero accountability towards their effect on cultural moods, and the author adds that, “that’s good; people can share their political commentary in a format that is likely to spread without the help of political institutions and without tying itself to any broader agenda.”

These meme-ingful expressions can strike up an online debate like a wildfire. Since people have learned to put their internet-armor on, they feel comfortable to have a battle of wits and opinions online.

Feelings can get hurt, bad blood spilled, and it all happens without any physical interaction at all.

So let's act like grownups and use our memes to share funny cat stuff. Being a troll isn’t helping anyone except Frank Reynolds.

On the real doe, online social platforms can get very over-saturated these days; attention spans aren’t what they used to be, and it’s easier than ever for people to lose focus on a singular train of thought.

Internet consumption gets overwhelming in this regard, becoming so easy to get lost in the sauce, and scroll our lives away beyond things that we should be taking more time to think about.

The Verge author goes on to say that, “Memes are great; they can serve as an emergency response system that distributes quick laughs when it feels like everything’s falling apart. Memes are terrible; they facilitate the spread of information torn from its source and relieved of its obligation to even seem credible.”

A candle beautifully burned from both ends.

While not every generation is hip to meme-culture, there is a strong indication that these lil digital buddies are carving out their spot in the history of human communications.

Pictures are worth a thousand words, but a meme speaks even more than that while saying so little. So get out there and meme on, you crazy memers!