If Everyone Hates Him, Why Did de Blasio Win This Week's Primary by a Landslide?

In this past Tuesday’s primary election, New York City residents hit the polls to nominate a mayoral hopeful to move on to the general election in November.

But here’s the thing – no one actually showed up to vote. Ultimately, Mayor Bill de Blasio coasted to an easy victory and the Democratic Nomination.

Primary contests typically see especially low voter participation, but Tuesday’s showing was more than underwhelming, even for a primary contest.

Final counts had this year’s election as the third-lowest turnout ever, with just 14% of registered voters casting their ballot.

The neighborhood of Murray Hill, located in Manhattan’s East thirties, was no exception. “I thought we would be asleep all day,” said Susan C. Schlegel, coordinator for P.S. 116 polling location.“It was slow… it was not really a big turnout,” said Carol Moore, coordinator of the polling site stationed in St. Vartan’s church.

Polling Inspector Claire T., who requested that only her surname’s first initial appear, also expressed her deep disappointment in the turnout. “We expected it to be better,” she said, “But people don’t bother to vote in the primary.”

But why was participation particularly abysmal in this week’s election? The Murray Hill neighborhood represents an interesting case study in answering this question. Despite its highly educated, young professional, and arguably more politically active population, residents still failed to show. 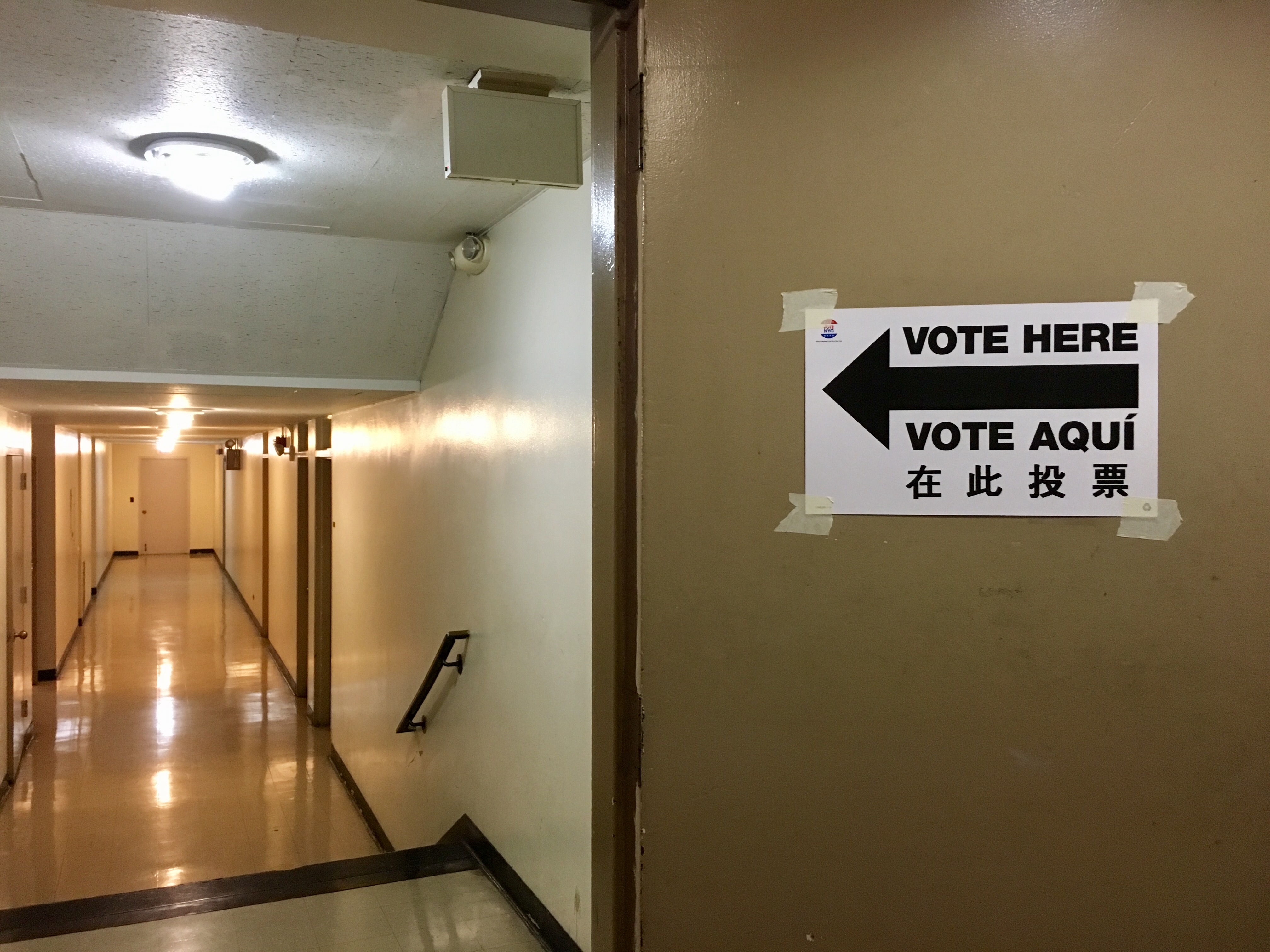 For starters, aside from Mayor Bill de Blasio, residents don’t know who the candidates are. Without the informational pamphlets sent by their campaigns, polling Coordinator Schlegel admits, “I wouldn’t have known any of them.”

If these are the sentiments of a coordinator– a polling site’s highest position– then how does the average New York City voter feel?

The candidates similarly failed to reach voters like Diane Gibson, who cast her ballot at P.S. 116. Of the seven contenders in each party, “I didn’t know any of the seven of either,” Gibson said.

Aside from the mayor, Gibson could only identify one candidate– former Councilman Sal Albanese, the mayor’s top rival – but name recognition alone did not convince her. “We don’t know anything about Albanese,” she said. “Other than he could be mafia with a name like that.”

Ultimately, it comes down to the candidates’ ability to inspire and connect with the voter. This election cycle, voters just aren’t excited about the contenders. “I don’t think anybody’s terribly impressed,” Coordinator Schlegel conceded.

“Who’s responsible for the low turnout? It’s the people running for office,” said poll Inspector Dennis Newsham, who emphasized that this was his personal opinion. “If they energize their base, if they speak to the apathy that we talk about, people would turn out in better numbers.” 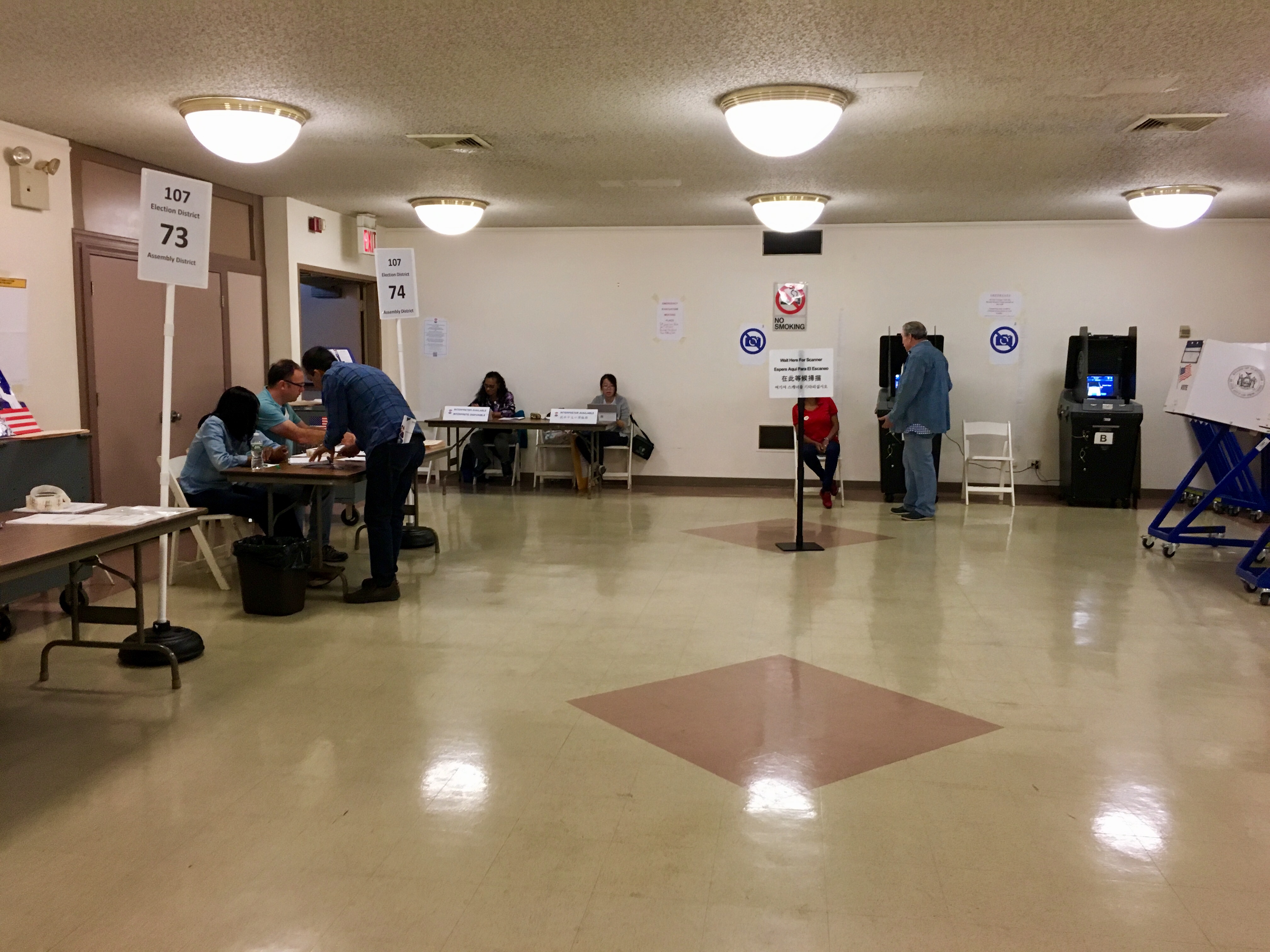 Still, some voters are enthused by Mayor de Blasio. Though many pundits viewed his record on issues like police reform and recent investigations into his campaign fundraising as a liability, some voters appreciated de Blasio’s perseverance. “He keeps challenging and falling down and getting up and trying to make the right decisions,” Gibson said.

Others believe he represents a wider array of New Yorkers than any of his opponents. “He thinks of the community being more diverse,” said one voter, who wishes to remain anonymous. “The other candidates are just focused on caring about one section of the community.”

Still, others are sold on the whole package, not just the man himself. “I think de Blasio has been doing a great job,” said Pauline Pisano, who cast her ballot in St. Vartan’s church. But it was achievements of his wife, First Lady Chirlane McCray, that sealed Pisano’s vote.

“I was really excited about someone standing up for mental health and trying to remove the stigma. I think that will answer a lot of our city’s problems.”

And how exactly did the 2016 presidential election play into New York City’s mayoral contest? Mr. de Blasio famously sought to position himself as a foil to President Donald Trump. As with many post-Trump local contests, spectators posited that it could act as a referendum on the President and his controversial policies.

A blowout victory for de Blasio would send a strong message. 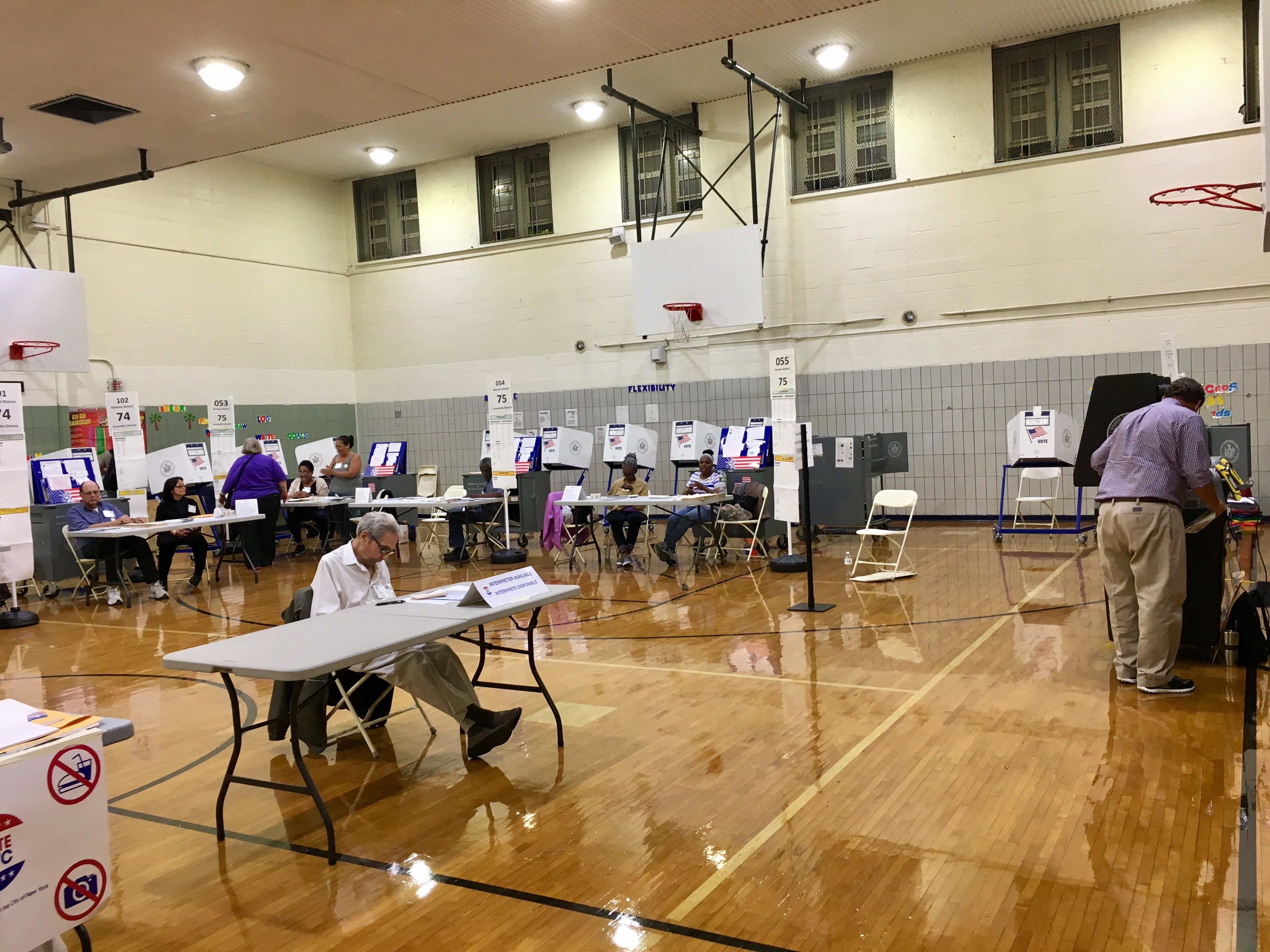 Perhaps the most puzzling question is how Mayor de Blasio, generally considered to be unpopular among New Yorkers, won by a textbook landslide margin of 74.6%. According to a Quinnipiac poll, the mayor’s approval rating tumbled a full 10% from May to July alone.

The likeliest reason is simple, and one felt by Murray Hill and NYC residents alike: no other viable candidates arose. The inevitability of a second de Blasio term, perceived since the beginning, was sealed after a nonstarter investigation into de Blasio’s funding failed to produce an indictment.

Despite their vitriolic Facebook posts, de Blasio’s critics didn’t bother to show up to the polls. And the few that did vote either supported the mayor or didn’t recognize any other names. It was an election with virtually only one candidate.

And though technically a primary, Tuesday’s contest functions as a promise of re-election for Mr. de Blasio. The likelihood that the Republican challenger Assemblywoman Nicole Malliotakis will best the current mayor is minuscule at best.

As we look towards November 7th’s general election, the inevitability of a second term for Mayor de Blasio looms larger than ever.