Sophia Loren once said, “Everything you see, I owe to spaghetti."

Let's clarify one thing real quick: we, as any other rational New Yorker (or general New York City lover) do, effing love Eataly. Conceptually, aesthetically, generally, rationally, physically, literally―we love Eataly in everything they do and mean.

And yeah, their second location is as incredible as the OG in the Flatiron District.

This one’s on the third floor of the World Trade Center, and it’s bringing Italy to Downtown NYC.

Like nearly everything else in that area (yeah, if you haven't walked through WTC Oculus, it's absolutely beautiful), it's hella beautiful, and it's got a ton going on.

But you've got to pace yourself. So, let’s start with the basics.

As each Eataly location is dedicated to a value, the owners have dedicated this beautiful downtown location to bread. CEO Nicola Farinetti, who gave us the tour with Mario Batali, says that they chose bread as a platform to, well, “break bread."

“We want to use bread as an excuse to talk about other people’s cultures,” he said. “Sitting, gathering everyone at a table, eating something―it’s a way to interact and possibly live in a more peaceful way." 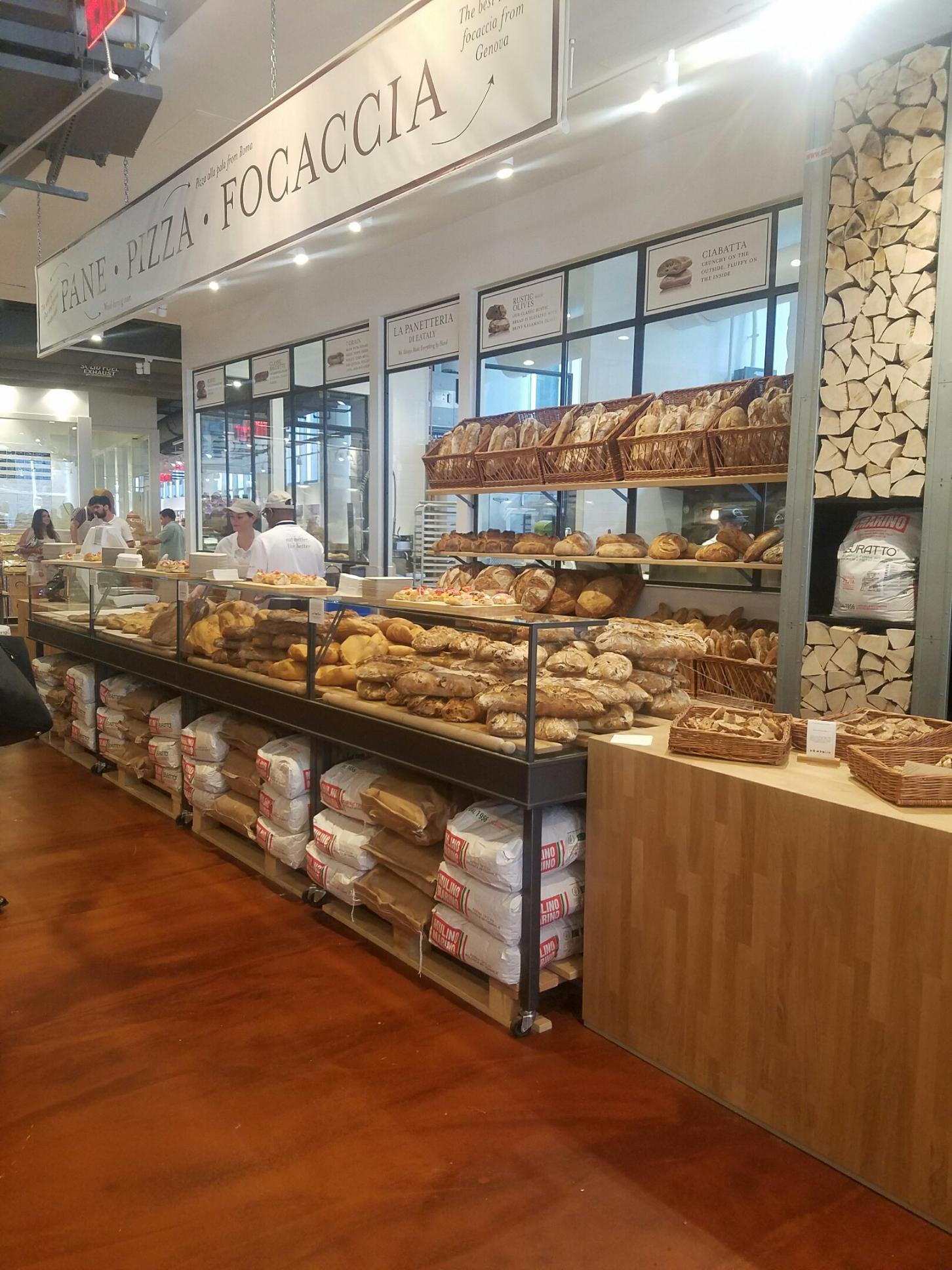 Even more exciting, Eataly Downtown will feature a different bread maker from somewhere around the world each month. They'll feature their bread all month long, swap cultures, and keep an ongoing conversation between those cultures in a location rebuilt as New York’s core. 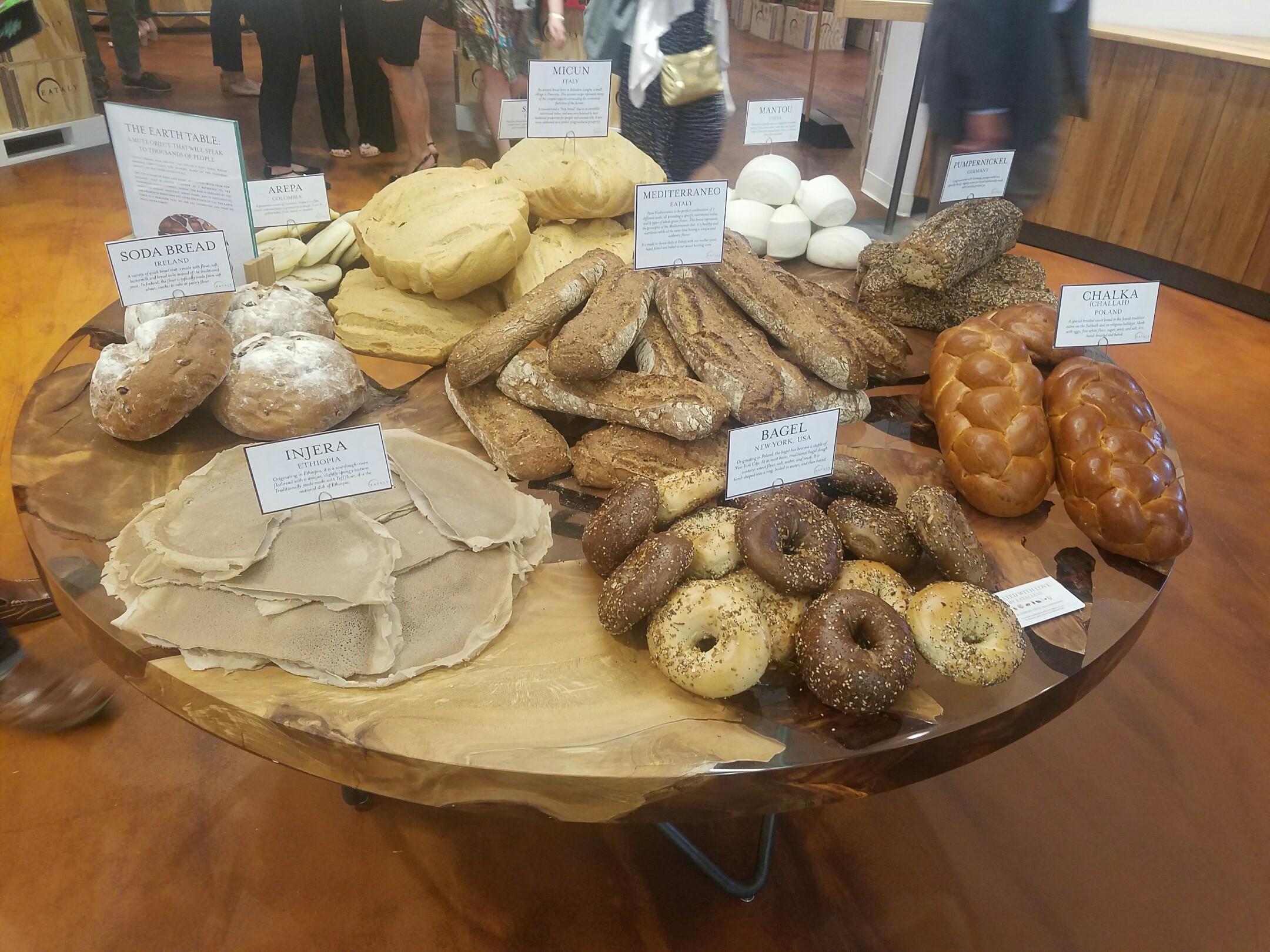 Eataly is separated into several dining locations (which unfortunately doesn’t include the mouth watering bread table at the entrance) including sections for breakfast, fresh juice, pasta (of course), pastries, and even what they call a Foodiversita, which offers a free “university” for any and all guests where you’re encouraged to create and play with your food. 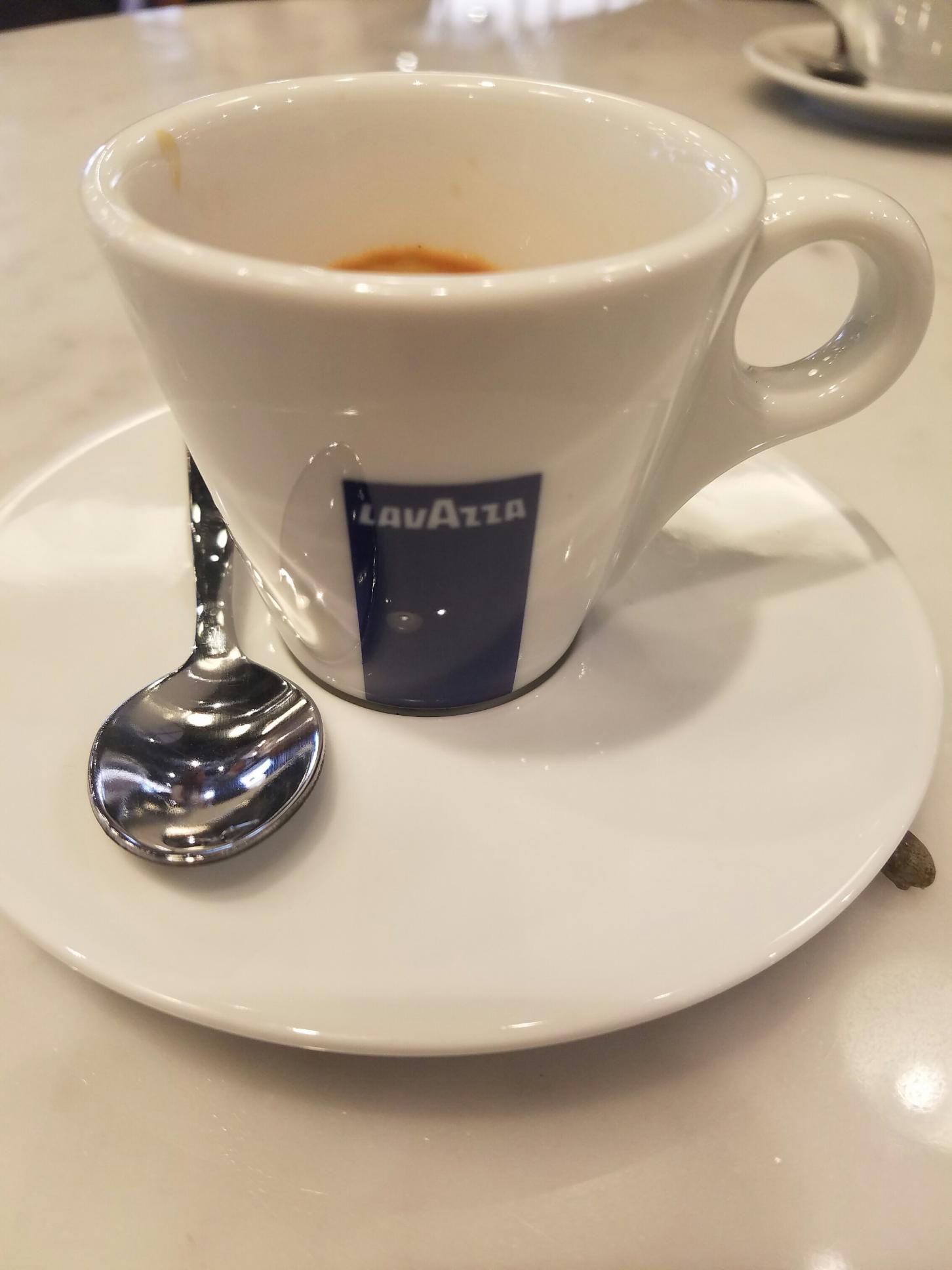 Eataly's offerings don't stop there though, they also have a section for some pretty heavenly pizza, a cafe partnership with LavAzza, incredible cheese carefully curated from a human cheese encyclopedia, hundreds of extra virgin olive oils (150, to be exact), and a gelateria.

Chances you’ll get bored of this place are slim, considering the food at the many different counters changes on the daily―and hourly. But that's just the success of the concept as a whole. It's variety at its finest and most cultured. 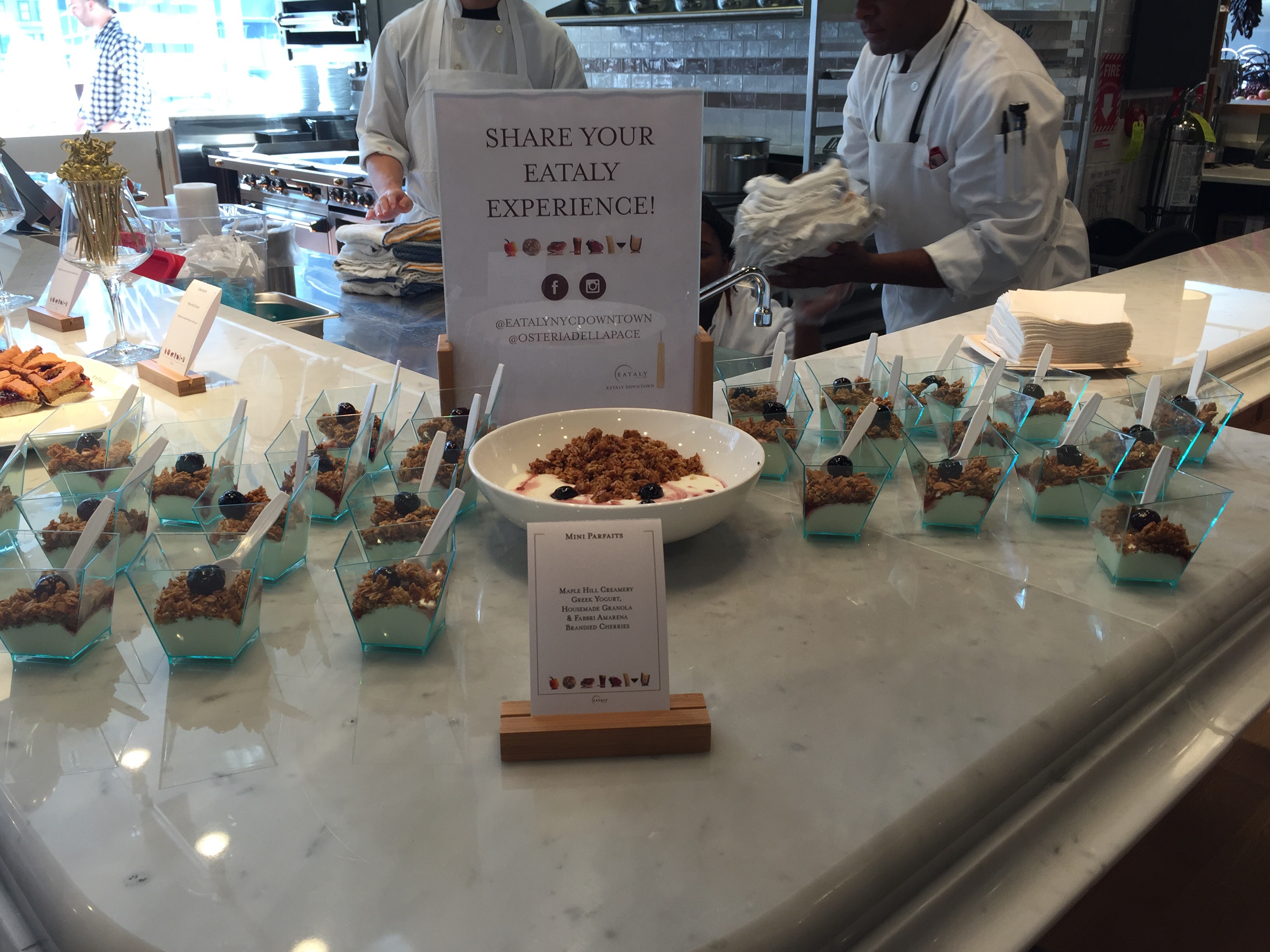 Now we get to the meaty stuff―literally.

Mario Batali also led us to La Macelleria, "the butcher."

"There's no reason to be standing around when you could be grilling something," he said, and in the case of Eataly, we have to agree. 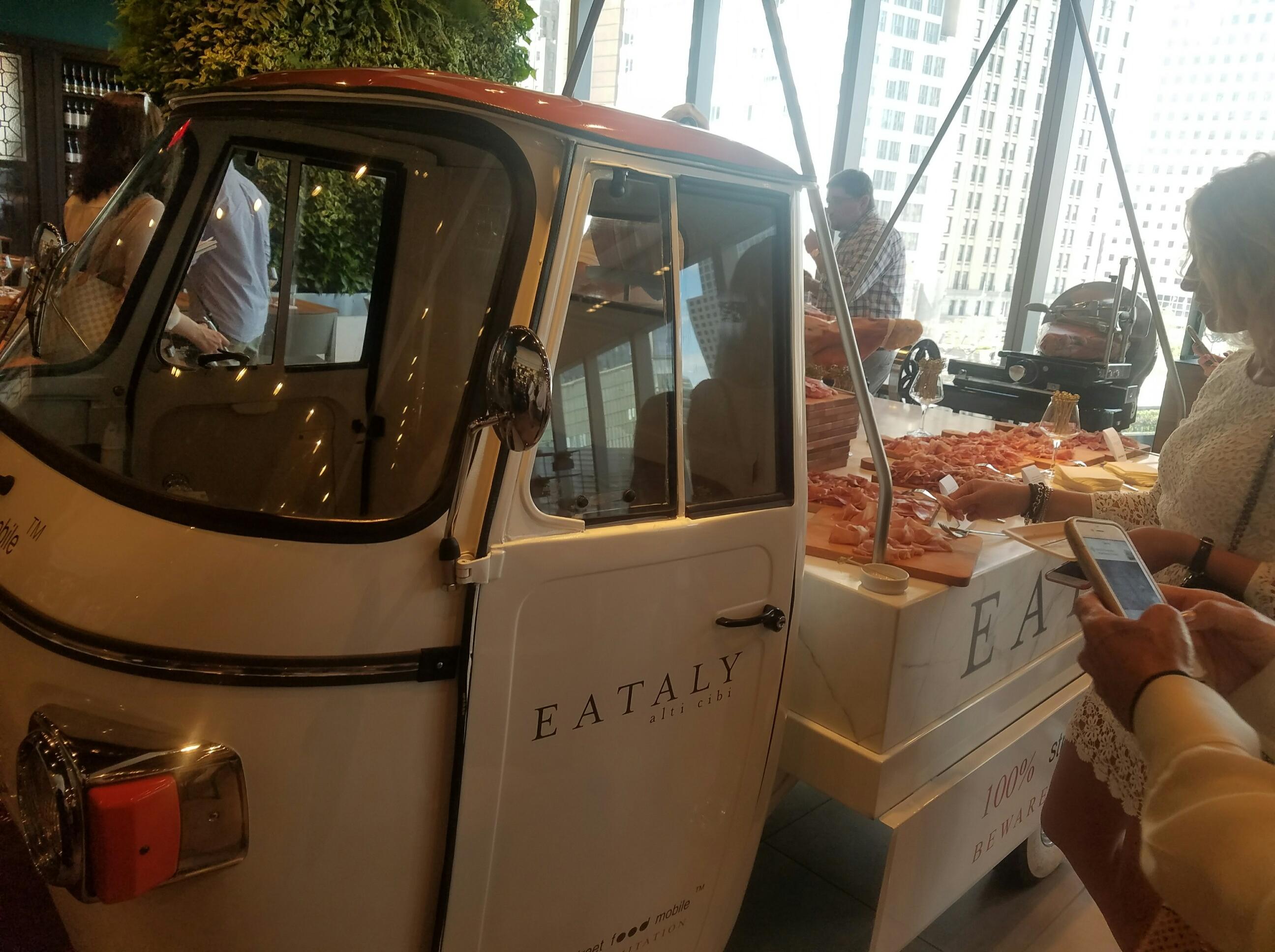 The road to cheese brings radiant smells of ingredients you can’t quite place, but Batali and Farinetti both did a tremendous, eerily on-point job in describing what we would later taste as a “granular almost crunchy hazelnutty milky background that melts and comes together harmoniously at the end almost tasting a little like honey."

Good God, the man was right.

There's a dining room in the back that offers more than 450 different wines, tracing from the North of Italy to the tip of the South. The room seats around 60 (but don't worry, the bar has plenty of room for standing). 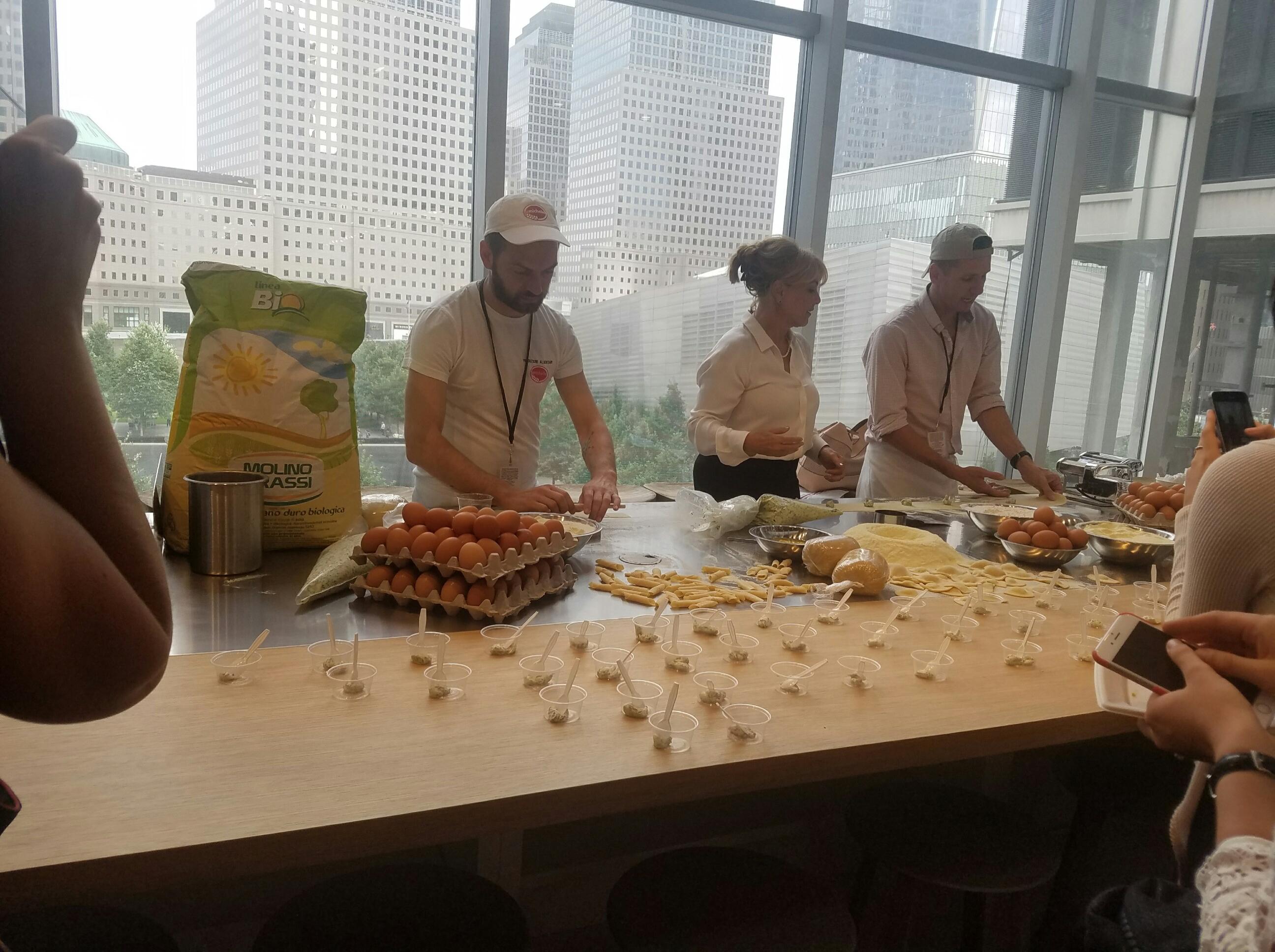 The market is located in the back corner of Eataly, between the wine bar and the cheese lane. The market, as is what is already beautiful about Eataly's concept, is meant for you to explore and buy what you’ve eaten at the restaurants and bring them home with you as the separate, foundational ingredients. 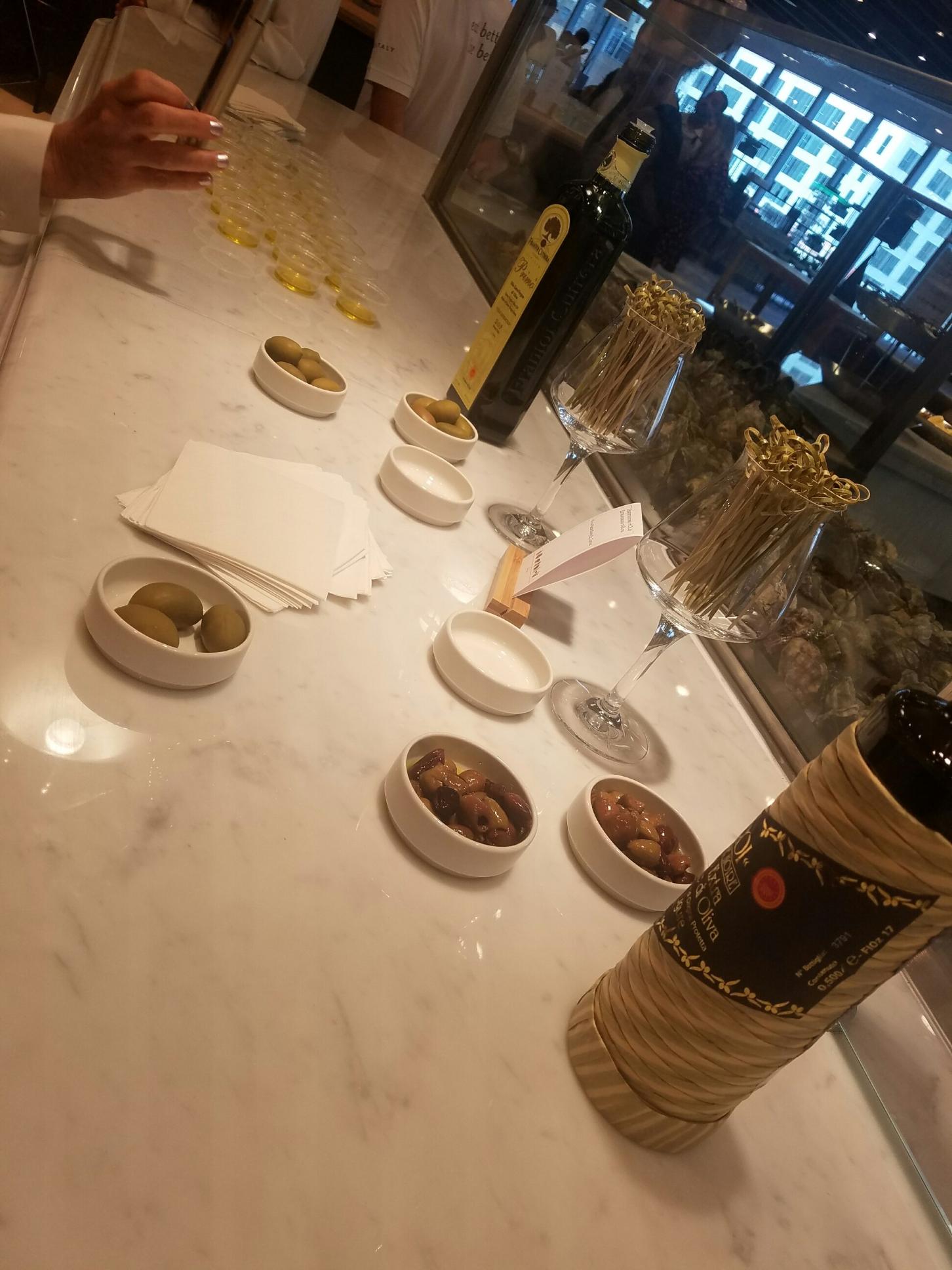 "Beating McDonald's and the things that are working against us in America, highly processed carbs. The fundamental core of Eataly is the victory over fast and convenient foods in America," Batali told us.

The point is to come to Eataly, taste things, find inspiration, and then take home the groceries and make them in your own home. Eataly makes eating healthy a simple and enjoyable thing to do.

“This is about health and biodiversity and celebrating things as they change,” he says, then explaining how crucial seasonality is to us.

We should be eating and appreciating what’s available in the season, like they do in Italy. Fernetti chimed in with more than a few nostalgic tangents about the artisanal markets back home, and our loss of that in the U.S. Insert rant about supermarkets here.

It’s safe to say we know where we’re spending our next vacation. But for now, the closest thing to Italy is Eataly. And there we shall be.