Check Out This Map That Shows Where Else You Could Live in the U.S. with Brooklyn's Rents

Brooklyn is not an affordable place. True, its prices to rent and buy homes are less expensive than Manhattan, but when viewed through the lens of income, Brooklyn is far and away the less affordable borough.

In fact, in 2015 Brooklyn was the least affordable housing market in the nation relative to income for the second year in a row.

Reddit user omicr_on decided to take the data about Brooklyn housing and compare it to the rent in other cities.

How did omicr_on decide to compare the rent in Brooklyn's neighborhoods to the rent prices in other cities? Well, by superimposing them onto a map of Brooklyn, of course.

This map gives us fresh knowledge, in visual form, as to just how ridiculous the cost of living in Brooklyn really is, relative to the rents in other cities, of course.

Apparently, for the price of an apartment in Gowanus, you could live in downtown Washington D.C., or Santa Cruz, California.

In Williamsburg, you could afford an apartment in The Loop in Chicago or Queen Anne, Seattle. Apartments in Greenpoint? Well, these cost as much as an apartment in downtown Denver.

This map was created with data from Trulia Heat Maps, and is based on prices per bedroom which includes one bedroom apartments.

The map's creator also made it clear that the map was made "for entertainment," and that it's "not a real estate strategy guide."

We definitely weren't planning to use it as a real estate strategy guide, just an excuse for a good afternoon cry after being freshly struck in the face with the fact that for the price of an apartment in Bed-Stuy, we could, instead, have an apartment in Wakiki, Honolulu.

Are we going to move to Honolulu? Well, no. We'll love New York City forever and live here always, but it's still nice to fantasize about drinking a coconut beside the ocean, isn't it?

Our point is, check out the map below. If nothing else, it's definitely illuminating. 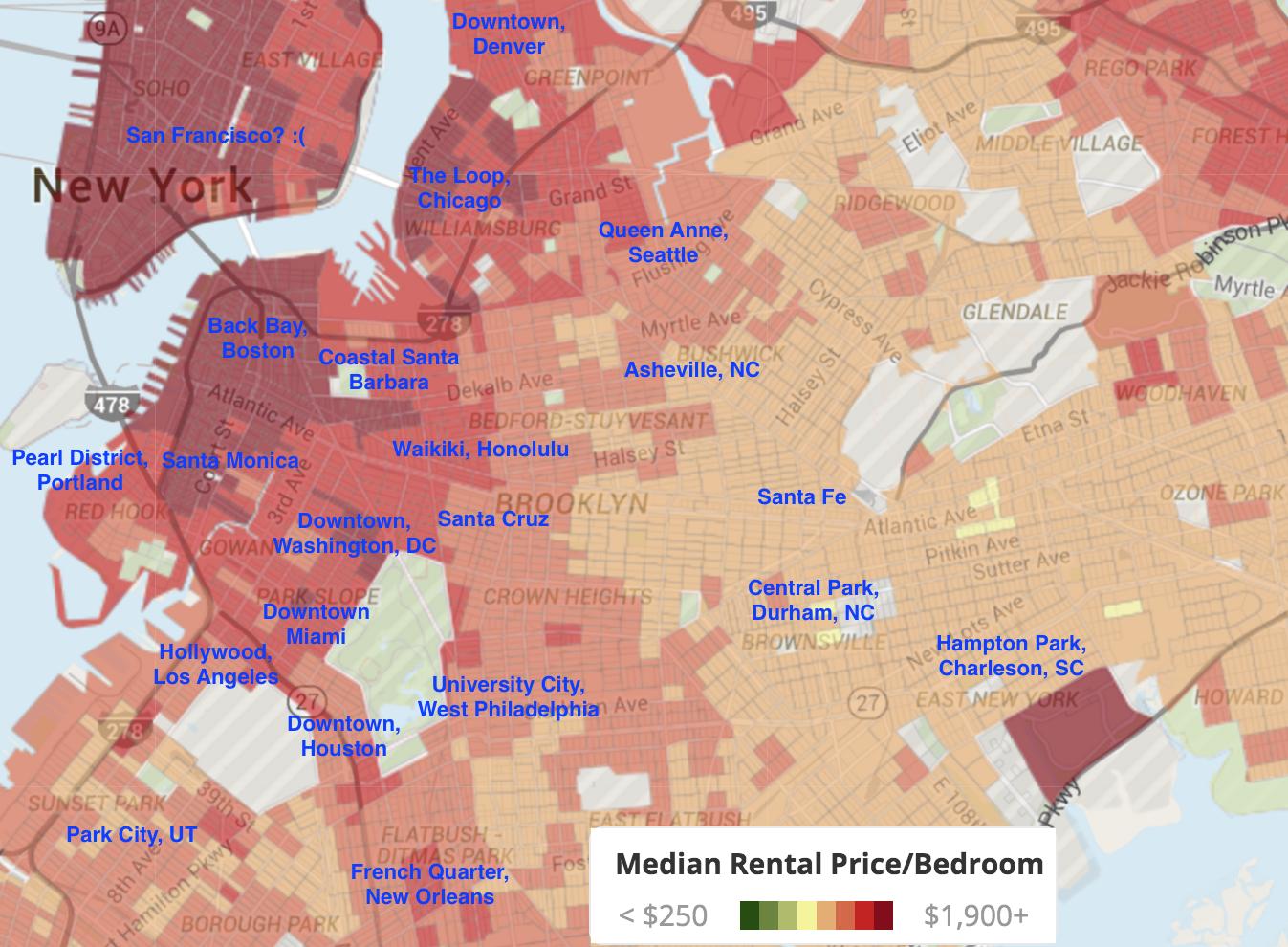 Check out the NYC Subway Map Explained in a Way Both Tourists and Transplants Can Understand.