Over Half the States in the U.S. Have a Smaller Population Than Just NYC?!

Ready for your Monday Mind Melt?

Check out the map below of all of the states that have a smaller population than New York City.

Don't worry, we counted for you– that's 38 states that have less people in the entire state, THAN NEW YORK CITY ALONE.

This image started circulating on reddit, and people are losing their minds.

Apparently, there are also nine states where cows outnumber people. You learn something new every day.

Okay, we're going to have to talk about the elephant (or donkey) in the room. Doesn't this make you pissed off about the electoral college bull sh*t again?

Let's do it, y'all. Let's secede from New York State and start our own liberal paradise. We can still have taco trucks on every corner. 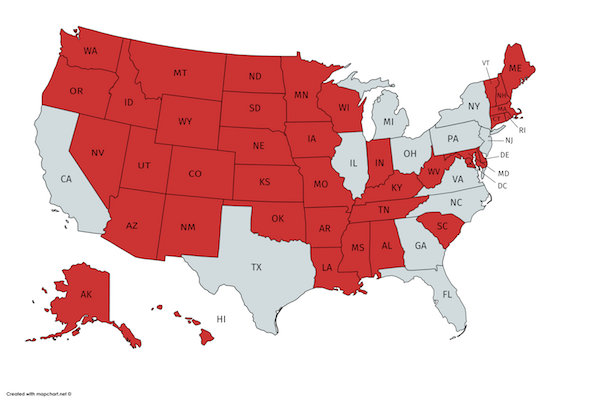 Map of States With Smaller Population Than New York City

TBH, you don't need to tell us NYC has a huge population, they were all on the subway with us this morning.