#FML: The LES Might Get Its Very Own 1,000-Foot Supertall Skyscraper Because, Why Not?

Quick! Name things associated with the Lower East Side! Did you say 'super-tall buildings'? No?

Yeah, neither did we. If you thought we had enough of those, change that count to 'enough plus one'.

Time Out New York recently dropped the deets about this behemoth of South Street, One Manhattan Square.  It isn't the first giant construction project NYC's had in the past six months. And it looks like it won't be the last, either.

While the 850-foot One Manhattan Square undergoes construction, we might get four more skyline-obscuring buildings, one of which could be as tall as a 1,000 feet.

We're facing the facts about our rapidly-changing skyline through clenched smiles, because as much as we like living here, we'd like to afford living here.

Projects like One Manhattan Square (surprise, surprise) certainly don't seem like affordable housing, and considering the LES's chill vibes, this is some serious nightmare fuel.

6sqft put out renderings from the future, and the Lower East Side skyline is, well, see for yourself. Here's to hoping that the LES gets some affordable housing proposals, ASAP. 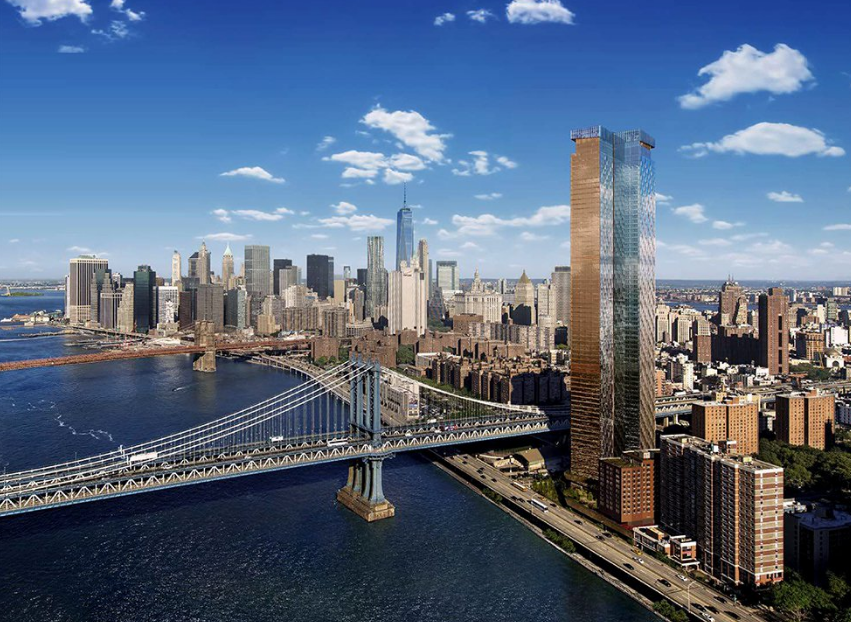 [via Time Out New York] [Feature Image Courtesy Time Out]