Did You Know There Are More Than 1,100 Vacant Lots That Could Be Used for Affordable Housing?

For years, the reason for the dearth of affordable housing in NYC was attributed to NYC's lack of inexpensive land.

However, The New York Times reported that the comptroller's office just identified 1,131 city-owned vacant lots in all five boroughs.

Most of these vacant lots, which could presumably hold some gorgeous affordable housing, have been sitting idle for more than 30 years.

Comptroller Scott M. Stringer released an audit on Thursday that officially faulted the city as being too slow in transferring the land to developers to build housing.

The audit, in a word, called out the city's Department of Housing Preservation and Development, saying they often delay or abandon development schedules for turning over the properties.

"Even when the H.P.D. moved forward with planned development, it did not meet its stated timelines for nearly half of its projects," Stringer said.

Ouch. The truth hurts, doesn't it, Department of Housing Preservation and Development?

Most of these city-owned properties are clumped in Brooklyn and Queens, and they're remnants of the thousands of buildings that were seized by the city after the fiscal crisis of the 1970s.

City officials, of course, have excuses.

They say many of these leftover properties were difficult to develop, because they need basic infrastructure like road access and sewer lines, because they require too much subsidy, or don't meet resiliency concerns after Hurricane Sandy.

Housing officials called the comptroller's conclusions "false and misleading," and said that 310 of the vacant properties were in flood zones or had other issues that would make development difficult.

They also added that 150 of the properties were better suited for projects besides residential buildings, like parks and police stations.

They also said that of the remaining 670 lots, 400 have already been assigned to developers or will be scheduled for development within the next two years.

"The assertion that H.P.D. allows vacant city-owned properties to languish in the face of the affordable housing crisis is simply wrong," said Vicki Been, housing commissioner. 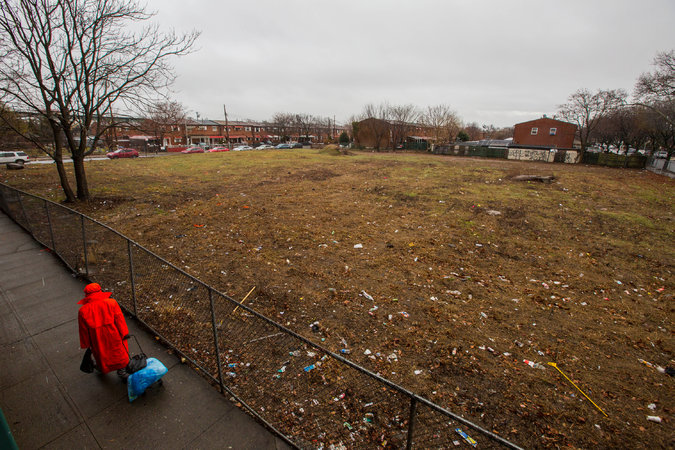 Well, Housing Department, we're not sure what to believe. We're sure the truth is hiding somewhere between the two extremes.

Do we think the H.P.D. is doing all it can to provide affordable housing to NYC's residents? Well, clearly we're having a housing crisis, so obviously they need to get after it a little more. Maybe this wake up call will spring them into gear.

But there's still hope. Oliver. It’s a free NYC rental app, and it’s making broker’s fees obsolete. Saving money on your apartment in NYC means victory, and victory is sweet. Download the Oliver app for iOS here. Don’t have an iPhone? They’ve got it for Android here.

Save Yourself from Brokers By Downloading the Oliver App Right Here.