Tired of the Hustle & Bustle That Is NYC? Escape Reality & Get Lost in "More Than a Game"

Harriton wakes up to the sound of emergency sirens echoing through his apartment. He pushes past the empty beer bottles on the nightstand and reaches for his phone. Two missed calls and a few texts from the girl he’s seeing, asking where the hell he was last night. Another missed call from his boss.

The voicemail notification tells Harriton his boss either wants something out of him, or he’s in trouble. But he won’t check it. Harriton was on vacation after all, after writing an in-depth series of articles about a new virtual reality game that was sweeping the world.

He stumbles over to the fridge and finds a lone frozen breakfast burrito in the back corner of the freezer. After nuking it in the microwave, Harriton walks outside and lights a cigarette. What will he do today, on one of his last few days of vacation? He already left the city to see his parents, and even though he ate like a king, there was no way in hell he was going back there.

Fayroll is a virtual world, beautifully laid out in a series of fantasy books. For those of you who have ever played an MMORPG (Massive Multiplayer Online Role-Playing Game.

His girlfriend dragged him on a vacation away from his vacation, where she yelled at him for every glance away from her. No, his thoughts were on the game. Even though his articles were published already, he felt it calling back to him.

So Harriton went inside and climbed into the large, white, pod-shaped device in the middle of his living room. He put on the helmet, the gloves, and the few other sensors, and turned on the device. A message appeared before him; “Welcome to Fayroll!”

Fayroll is a virtual world, beautifully laid out in a series of fantasy books. For those of you who have ever played an MMORPG (Massive Multiplayer Online Role-Playing Game… think World of Warcraft) or Dungeons and Dragons, you’ll be quite familiar with this type of world. If you haven’t, it is essentially a fantasy world where players can seemingly do anything they want. Most people will travel throughout the world completing quests given by non-playable, computer-controlled characters, which usually boil down to fighting monsters to gain experience and level up. 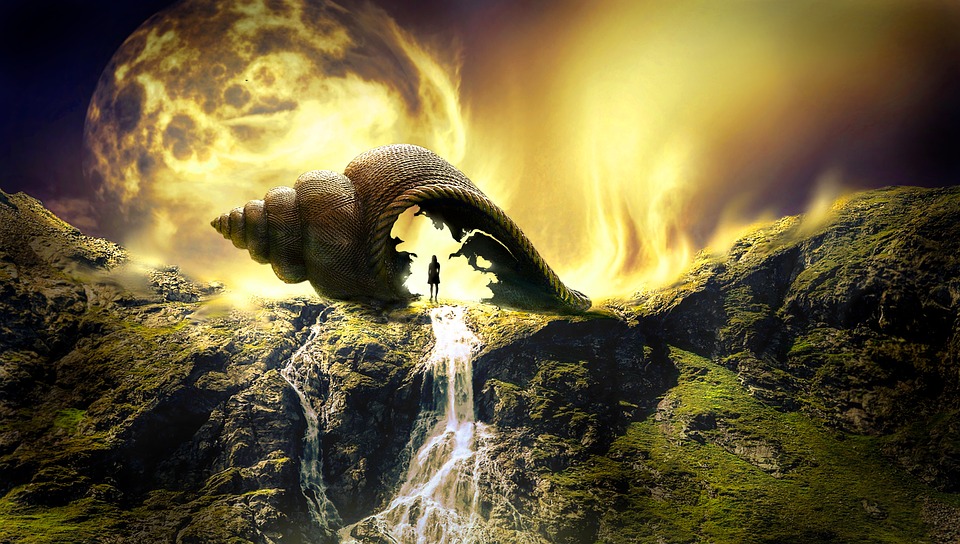 Other players will simply decide to work a certain role within the game—a farmer, miner, fisherman, metalsmith, baker, etc. The more one levels up, the better skills and equipment they will be able to use. Work with other people to fight harder enemies. Or, if somebody is pissing you off, you can try to kill them and steal their loot.

Do whatever you want, but know that all actions have consequences, good or bad. There is no true way to ‘beat’ this game, as there are virtually endless quests to complete, bosses to kill, and skills and equipment to obtain. Essentially, within this world, there are no true objectives, and it’s up to you to decide what your adventure will be.

Once the game loads, Harriton is thrown back into the area he last logged out of. Right outside of a small castle town, overlooking a lazy river. He chose the spot because it was peaceful, a nice escape from both the in-game action, but also an escape from the concrete jungle of a city he calls home.

Off in the distance, sounds of somebody fighting an orc, and past that are the snowcapped mountains. He knows he has to head towards the mountains if he wants to get any more information on the ‘Quest of the Gods’, the rare quest that he, and only he, amongst the millions of players in the virtual world, have ever acquired. But nobody, not Harriton’s real-life friends that also play, nor his clan, knows that he has the quest.

Back in the real world, his phone rings. His boss again. But Harriton can’t hear it with all the gear on. Harriton takes out his sword and shield and starts running towards the mountains.

More Than a Game (Fayroll) is the first book in the series of Fayroll. What we most enjoyed about the series is that Harriton isn’t a hero, and he certainly isn’t trying to be one. Hell, he didn’t even want to play the game at first. But Harriton quickly realized the endless possibilities within this second world.

This world where you can become whoever and do whatever you want. Judged only on your in-game merit. Some see their second world as a better life than they live. Everybody has their outlets -- the escapes from reality. Why not choose one where you can reinvent yourself?

If you don’t have time to play MMORPG’s or just want a glimpse into a future of virtual reality and the possible escapes from the real world it will bring along with it, give the series a try.