You’d think by 2017 we would’ve passed the whole "racism at a restaurant" era and left it behind with the mess of last year.

On The New York Eater, Bagatelle, a club restaurant in the meatpacking district is being sued for seating people by race and “look”.

The lawsuit has already made customers lose their appetite, and the owner may lose his future customers.

The New York Post reported this week that employees at the Meatpacking District restaurant labeled minority patrons as “DNA” for “Do Not Accommodate,” while unattractive guests would be labeled “BO.”

The unwanted diners would then be seated at a specific table, sometimes forced to sit two people to one chair, the suit alleges. This seat was called the "Ghetto Station."

Such behavior was intended to discourage those patrons from returning to the French restaurant, which is known for its celebrity visitors and party brunches.

Classy AF. If the goal was to deter people from eating there, then they succeeded with flying-distinctly white-colors.

The lawsuit comes from two employees who say that the restaurant has a history of discrimination, including against staff. Server Renato Barreto and ex-server David Kant say that French employees were given better tables and hours than non-French ones. 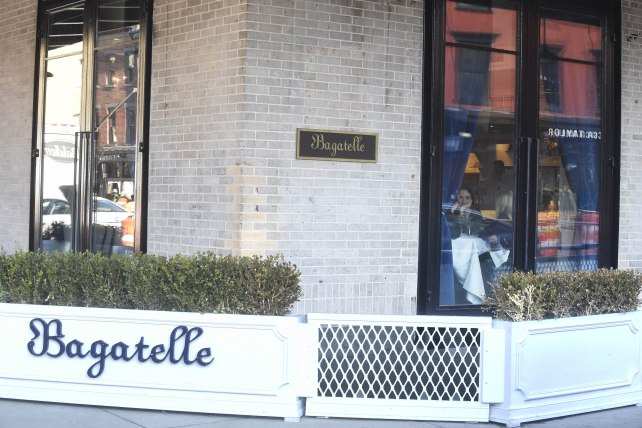 They also allege that non-French employees were sexually harassed and mocked.In addition to alleged racial discrimination, the servers now suing claim Bagatelle treated employees differently based on their sexually orientation.

In short the lawsuit makes the restaurant look like a very poorly made french onion soup and just reeks of false prestige. No one wants that. 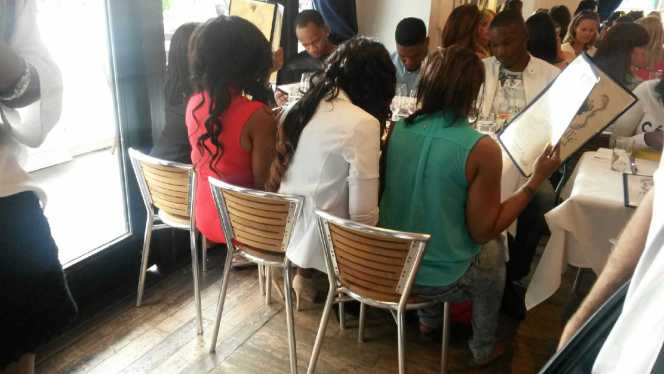 Barreto says that most people of color were treated poorly. “When you see African-Americans walking through the front door, we knew where they would sit. They would make them wait and wait and wait.”

Bagatelle co-owner Remi Laba sends in this statement. “Bagatelle’s mission is to treat all of our patrons from around the world to the same unforgettable dining and entertainment experience. We do not seat patrons based on their race or tolerate discrimination on any basis."

“While we don’t comment on pending litigation,” he continues. “We intend to defend ourselves and look forward to clearing our name in this matter.”

We’re looking forward to when this restaurant will close, but hey.