Let's Get It Started! The Multi-Billion-Dollar Revamp at LaGuardia Has Actually Started!

So we've heard a lot about LaGuardia Airport's new look.

We've gotten conflicting reports about how much it's going to cost and when the whole thing is actually going down.

Recently, we got a final receipt for the whole project, and now the mock shovels are coming out to break ground signifying the start of the joint venture being spearheaded by the Port Authority and LaGuardia Gateway Partners.

Vice President Joe Biden, who said that the airport "must be in some third world country," and Governor Andrew Cuomo broke ground at LaGuardia and has confirmed the timetable for the new renovations.

Cuomo said, at the most unceremonious ceremony imaginable, “Today, we are not just breaking ground – we are building an entirely new LaGuardia and transforming it into a world-class transportation gateway for the 21st century."

The Governor's office issued a statement saying that by 2018, "Half of the new gates in the new Terminal B will open to the public in 2018."

Two years from then we should see the new terminal area, and a year after that they'll conclude the development for the renovations.

Along with seeing an insane bridge that will connect terminals and provide a whole new view of taxiing planes, LaGuardia Airport will also get new buses that will make it easier for travelers to get in and out of the airport.

The new bus route is called LaGuardia Link, and these buses have a distinct look compared to other New York City buses. With a light blue paint job and silhouetted planes in the clouds, you can tell these buses were made for the newly designed airport.

LaGuardia Link works much like the Q40 but on steroids. You'll be able to still use a MetroCard to ride it, and transfers still count. The real difference is that they want you in and out of the bus and onto your plane faster.

Well, LaGuardia. You've got our attention and hope. 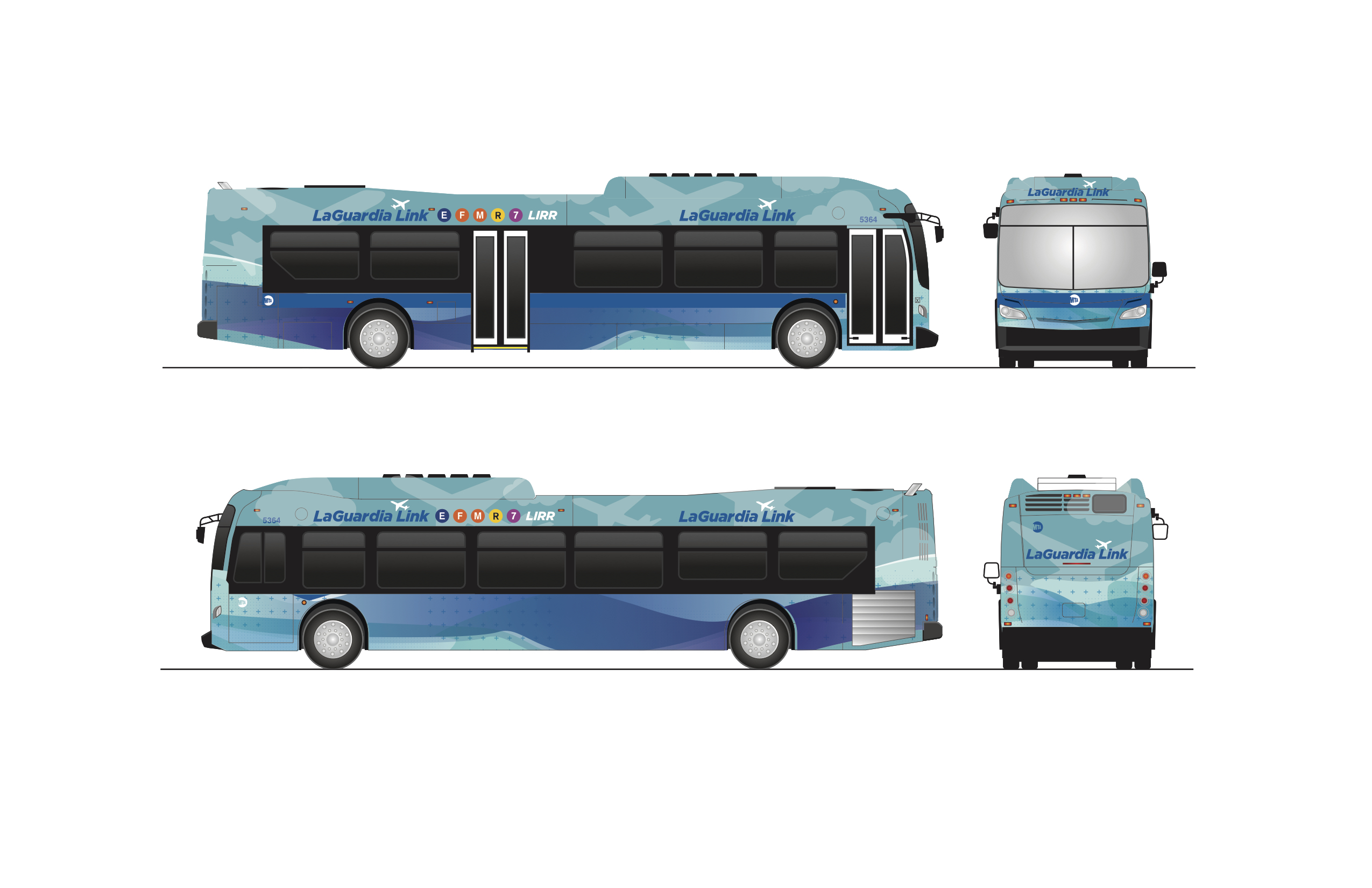 Check out Best Gifts You Can Get Your Dad This Father's Day.